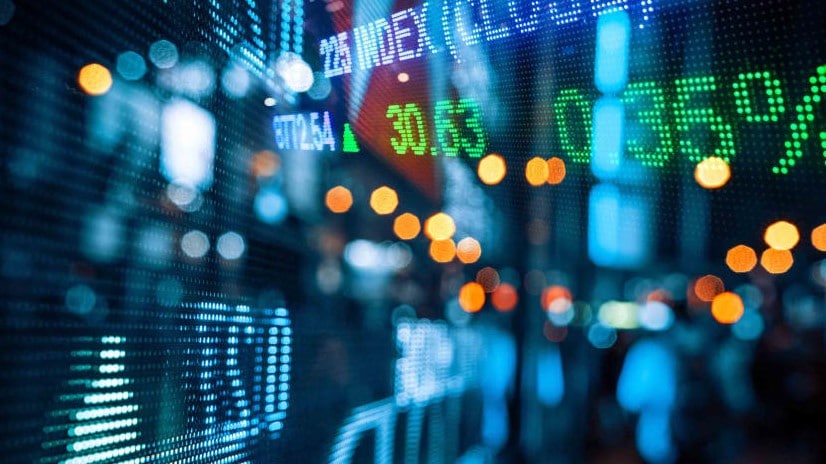 After the losses of the previous days, buying interest reappeared today at a reduced level.

With the minutes of its most recent consultations published on Wednesday, the US Federal Reserve had opened the door for a reduction in its securities purchases. However, this was not a departure from the ultra-loose monetary policy. Nevertheless, inflation fears remain in the market. The effects of the ultra-loose monetary policy of the central banks (including the ECB), which pump huge amounts of liquidity into the markets to stimulate the economy, are too significant. The USA has been leading the way, as the latest inflation data show. Many investors are now asking themselves whether the interest rate turnaround will also come from there and, above all, when.

On Wall Street, investors got back into the market after the previous day’s crash.

Investors focused on encouraging data from the US labour market. Indeed, the number of weekly initial jobless claims fell again, reaching the lowest level since the start of the Corona crisis.

However, the development of interest rates continued to cause nervousness after the minutes of the latest Fed meeting did not provide the clear signals that had been hoped for.

On the Asian stock exchanges, different trends were recorded. The Japanese benchmark index Nikkei ultimately rose by a marginal 0.19 per cent to 28,098.25 points, while on the Chinese mainland, the Shanghai Composite fell by 0.11 per cent to 3,506.94 points at the close of trading. In Hong Kong, the leading index Hang Seng finally dropped 0.5 per cent to 28,450.29 after yesterday’s holiday break.

The Fed minutes released the previous evening indicated that the monetary authorities might seek a tighter monetary policy if the economy continues to recover. Investors reacted unsettled about the news.

The mood on the European stock exchanges was clearly more friendly again. The EuroSTOXX 50 was able to increase its early gains in the further course of trading. In the end, it ended the day 1.60 per cent firmer at 3,999.91 points.

The German benchmark index also recovered in Thursday trading after its slide from the previous day. The DAX extended its initial gain and closed the evening 1.70 per cent stronger at 15,370.26 points. The TecDAX showed the same tendency. At the end of the day, the TecDAX was up 2.06 per cent at 3,369.49 points. From a technical perspective, there is thus a good chance that the DAX can defend its upward trend in the coming days.

The tapering debate was back on the agenda, as the latest Fed minutes showed that some Fed members believe it would be appropriate to talk about tapering in the coming meetings.

The euro recovered from its previous day’s losses on the foreign exchange market and is trading above 1.22 dollars again. On Wednesday evening, the greenback had risen noticeably after the minutes of the latest interest rate meeting of the US Federal Reserve.

Oil prices continued to fall on Thursday. The prospect of an agreement to save the nuclear deal with Iran created selling pressure on the oil market. After six weeks of negotiations, the European countries involved see tangible progress. Iran’s chief negotiator and Deputy Foreign Minister Abbas Araghchi also expressed optimism for the next round. If an agreement is reached, the Iranian oil will increase global supply, which will depress prices. Brent crude fell 1.49 dollars to 65.19 US dollars, while WTI light oil from the United States dropped 1.43 dollars to 61.95 US dollars a barrel.

The gold price increased by $8 to $1,878 per troy ounce. Intraday, the precious metal revisited the $1,890 mark but was again rejected.

Japan’s foreign trade is recovering from the slump in the first Corona wave about a year ago. In April, exports from the world’s third-largest economy rose by 38 per cent compared to last year, according to government figures published on Thursday. The result was above analysts’ expectations of an average plus 30.8 per cent. The increase follows a 16.1 per cent rise in March. Similarly, Japan’s imports rose 12.8 per cent from a year earlier. In March, they had climbed by 5.8 per cent.

Initial jobless claims in the USA declined significantly in the week ending 15 May. According to the US Department of Labour in Washington, compared to one week earlier, the number of claims fell by 34,000 to 444,000 on a seasonally adjusted basis. That is the lowest level since the week ended 14 March 2020. Economists interviewed by Dow Jones Newswires had predicted a drop to 452,000.

The state of US industry in the Philadelphia region deteriorated more than expected in May. The Federal Reserve Bank of Philadelphia’s business activity index fell to 31.5 points from 50.2 in April. Economists surveyed by news outlet Dow Jones Newswires had predicted an index reading of 40.5.