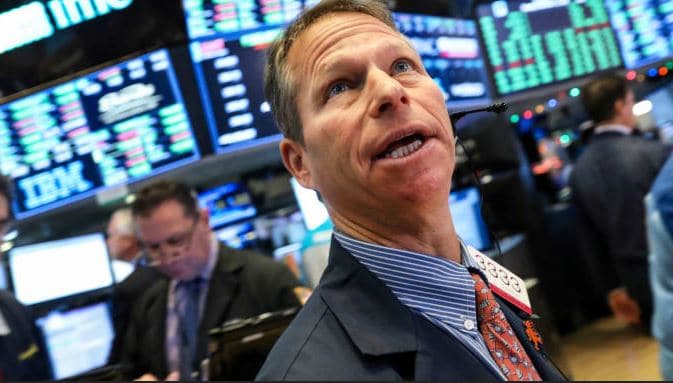 Give me hope, Joanna!

Today’s trading day provided food for thought. Because no less a person than the US Federal Reserve recently put the brakes on euphoria because of Corona. According to the FOMC meeting minutes from the end of July published yesterday, the Fed expects that the corona crisis will put the brakes on rapid economic recovery. The US Centers for Disease Control and Prevention (CDC) today announced 46,500 known new infections and 1,404 additional deaths. This brings the overall number of corona infections in the US to 5.5 million and 172,416 deaths.

Many investors have recently ignored the risk of a sluggish recovery, stock market experts said. For a long time, the Fed was considered the ultimate saviour on the stock market. Now, of all people, it is spoiling the party mood. Furthermore, the data published today on the US labour market, as well as the Philadelphia Fed Manufacturing Index for August, were not at all convincing.

Nevertheless, the markets still seem to be pricing in a rapid economic recovery, further financial injections and a vaccine that will be available soon. Wall Street, after an initial significant decline, rebounded strongly again and faded out all negative aspects.

At the beginning of Thursday, investors were looking very much to the current negative factors but then shifted focus. On the economic side, initial US applications for unemployment benefits were disappointing today, rising against expectations. Similarly, the Philly Fed Manufacturing Index posted only a figure of 17.2 instead of the widely expected 21.

Concerns about the economy have also pulled the Asian stock markets down today. Rapidly rising corona infection figures and the warning words of the US Federal Reserve concerning the economic situation clouded the mood.

In Japan, the leading index Nikkei 225, closed 1 per cent lower at 22,880 points. The CSI 300 Index on the Chinese mainland stock exchanges, fell by more than 1 per cent and the Hang Seng in Hong Kong lost around 2 per cent.

European markets were also weighed down on Thursday by economic concerns. The EuroSTOXX 50 was already trading lower at the opening and increased its losses considerably. In the end, a loss of 1.32 per cent remained on the price board at 3,273.98 points.

However, thanks to positive indications from the USA, the European stock markets should also see an initial upward trend at the end of the week. In addition to purchasing managers’ indices from the euro one, a small decline is also expected on Friday. However, this is usually of less importance in August due to the holiday season.

In the Forex market, the euro was able to hold its ground in US trading above $1.1850 today. Most recently, the common currency was sold for 1.1854 US dollars. Other major currencies such as the British Pound as well as the Australian, New Zealand and Canadian Dollar were also able to make significant gains against the greenback.

The gloomy economic outlook weighed on oil prices on the commodity market today. At 52 cents less than the previous day, a barrel of Brent Crude cost 44.85 US dollars. The costs for a barrel of WTI oil also fell by 50 cents to 42.43 US dollars.

In the bond market, the prices of US government bonds mostly rose on Thursday. The economic data released at the start of US trading had disappointed the markets and drove investors into securities that were considered safe.

After yesterday’s slide, the gold price recovered today. By late evening, the precious metal had risen above 1,950 US dollars per troy ounce again, an increase of about 0.8 per cent. At $1,955, there is a strong resistance level that must be overcome next to drive the gold price further. Silver has also risen and fought its way up to $27.50 by the close of trading.

Cryptocurrencies stabilized after the recent decline. Bitcoin was traded for $11,800, 0.8 per cent up on the daily chart. Ethereum and XRP moved in synch again today, both increasing by roughly 1.4 per cent to $412 and $0.2929 respectively.

For the first time in the company’s history, the chip and graphics card manufacturer is generating more revenue from its data centre division than from the games business. In the second quarter, the division posted revenue of $1.75 billion, while the games business performed slightly worse with revenue of $1.65 billion. Overall, revenues increased by 50 per cent. The figures turned out better than expected.

Alibaba published the key figures for the past three months on Thursday before the start of the US stock markets. According to these figures, earnings per share amounted to CNY 14.82, after experts had previously expected CNY 13.82 per share. In the same quarter of the previous year, Alibaba still posted EPS of CNY 12.55.

Alibaba had a turnover of CNY 153.75 billion in the first quarter of the fiscal year. This exceeds analysts’ forecasts of CNY 148.00 billion. Last year, the group generated revenues of CNY 114.92 billion during the same quarter. Alibaba shares, which are listed on the New York Stock Exchange (NYSE), didn’t benefit from the positive news and were down 1.01 per cent to $257.97 by the end of trading on Thursday.

Tesla shares close above the 2,000 dollar mark for the first time

In the currently favourable market environment for technology stocks, Tesla shares resumed their record hunt on Thursday. Tesla shares broke the $2,000 barrier in NASDAQ trading for the first time, peaking at $2,021.99. By the end of trading, the shares were able to defend the $2,000 mark, closing 6.56 per cent higher at $2,001.83. This made them one of the best performers in the fixed tech index NASDAQ 100.

Recently, Tesla shares had benefited from the fact that they are about to be split – to make them more interesting again for small investors given their current high level. Shareholders are to receive four additional share certificates as dividends for each share. The procedure is to take effect on 31 August.