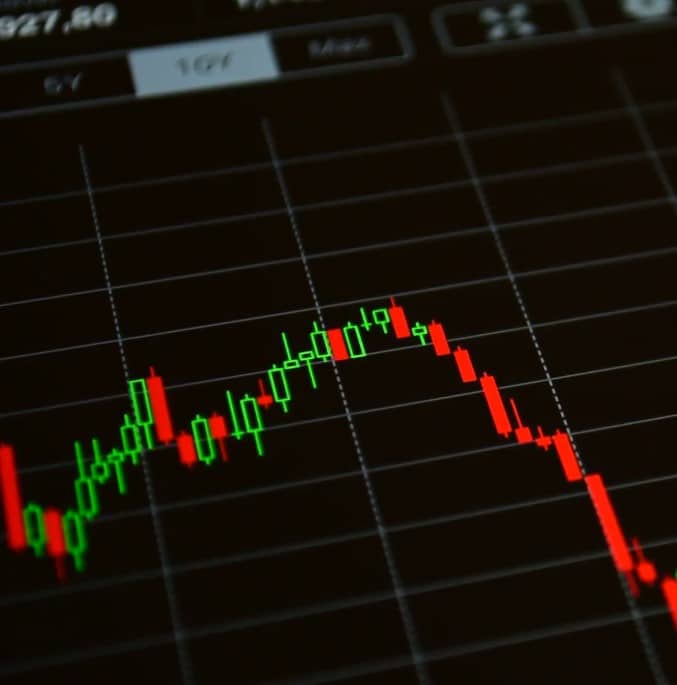 The fact that things did not continue quite as euphorically as on yesterday’s inauguration day of the new President Joe Biden is due to the fact that investors acted somewhat more hesitantly. Valuations are now quite high already, some market participants warned.

The buying mood was also dampened by the still tense situation on the US labour market, which highlights that we are not out of the woods from an economic point of view.

The stock market is also turning more and more to the companies’ financial statements, showing that the reporting season is picking up speed. After the market closed, Intel and IBM presented their figures for the fourth quarter.

Meanwhile, the cryptocurrency market suffered one of those heavier set-backs with prices of almost all top tier coins plummeting by double-digits.

After Joe Biden took office as US President the previous day, investors in the US celebrated their new head of state. Even as his staff moved into the White House, Donald Trump’s successor was already getting down to business, declaring his re-entry into the Paris Climate Agreement. He also announced a billion-dollar stimulus package ahead of time.

The majority of the Asian stock exchanges rose on Thursday.

The Japanese benchmark index Nikkei closed with a gain of 0.82 per cent at 28,756.86 points. It was positively received that Japanese exports had surprisingly risen in December. In mainland China, the Shanghai Composite rose 1.07 per cent to 3,621.26 points by the close of trading. However, However, profit-taking in the technology sector in Hong Kong put the brakes on the stop market there, and the Hang Seng fell 0.12 per cent to 29,927.76 index points.

After the new US President Joe Biden’s inauguration, investors were betting on further economic stimulus in the US. The export-oriented Asian economies would also benefit from a recovery of the US economy.

The European stock markets moved sideways on Thursday. The EuroSTOXX 50 started firmer but then fell back in the afternoon. The stock index exited trading 0.07 per cent higher at 3,626.75 points.

Meanwhile, the German stock market ran out of steam. The DAX opened higher and was initially in the profit zone. The German benchmark index even temporarily climbed back above the round mark of 14,000 points, but then fell below the zero line and ultimately ended the day 0.11 per cent weaker at 13,906.67 points. The TecDAX, meanwhile, gained significantly after having already risen at the start. At today’s trading close, it was still up 0.78 per cent at 3,380.46 points.

Investors were encouraged by the change of power in the United States. After Democrat Joe Biden was sworn in as the 46th President of the USA on Wednesday, record highs were reached on the New York Stock Exchange. The Asian stock markets also benefited from this. In particular, Biden wants to support the US economy with corona aid measures worth billions provided optimism.

The euro largely held its gains in late US forex trading on Thursday. The common currency last traded at 1.2160 US dollars. The ECB meeting had a supportive effect, as the monetary watchdogs were somewhat less pessimistic about the eurozone’s economic development. The growth risks are still great, but somewhat less pronounced than recently, said ECB President Christine Lagarde after the interest rate decision. The trade agreement reached between Great Britain and the European Union, the start of the Corona vaccination programmes and further developments in the global economy were “encouraging”.

Oil prices fell slightly on Thursday after the significant price gains of the previous trading days. A barrel of North Sea Brent traded 13 cents lighter than the previous day at 55.95 US dollars late in the evening. WTI oil was down 28 cents to 53.03 US dollars.

Gold traded throughout the day in a tight range around its opening mark and finally closed at $1,869 as well.

Cryptocurrencies saw a bigger sell-off today with most major coins dipping two-digit percentage points. Bitcoin fell 12.6 per cent to $30,600 while Ethereum shed almost 14 per cent to $1,144. Only XRP held a bit firmer and “only” lost 7 per cent on the daily to currently $0.2690.

Consumer confidence in the eurozone deteriorated in January. The index calculated by the EU Commission fell by 1.7 points to minus 15.5. Economists surveyed by Dow Jones Newswires had forecast a level of minus 14.8.

Initial claims for unemployment benefits in the USA fell slightly last week. Compared to the previous week, the number of applications fell by 26,000 to 900,000 on a seasonally adjusted basis, according to the US Department of Labour in Washington. Economists surveyed by Dow Jones Newswires had predicted a decline to 925,000.

A glimmer of hope for Japan‘s corona-plagued economy: Exports of the world’s third-largest economy rose at the end of 2020 for the first time in a good two years. Exports increased by 2.0 per cent in December compared to the same month last year, the government announced on Thursday. Previously, exports had fallen for about two years in a row. Imports, however, continued to be weak and decreased by 11.6 per cent in December.

The company placed the US depositary receipts (ADS) of Dutch parent company MYT Netherlands at $26 each on Thursday night, according to MyTheresa. That put the price at the upper end of the range, which had been raised to $24 to $26 (previously $16 to $18) the day before the subscription period ended due to strong demand.