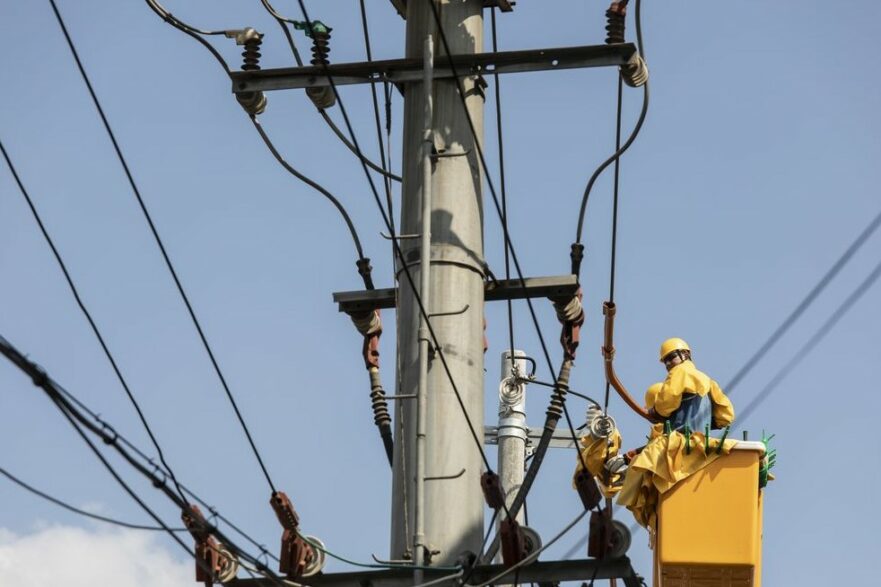 The autumn rally on Wall Street lost momentum on Thursday. After the price gains of the last few days and the record high, the Dow Jones ran out of steam. Above all, sobering figures from the tech veteran IBM weighed on the US blue chips.

Another major problem is high energy prices. Investors are worried that the recent price increases in the energy market will not pass without a drop in corporate profits and thus also in economic growth.

But the high energy prices are particularly noticeable in Europe. By contrast, they are comparatively low in the USA. So the conditions are also very different, and the worry lines in the USA are much smaller.

The Dow Jones could not fight its way out of the loss zone and ended the trading day in red territory. The leading index closed at 35,601.96 points with a marginal loss of 0.02 per cent. The technology-heavy indices held up better. The Nasdaq gained almost 0.7 per cent, while the broader S&P 500 rose 0.3 per cent and reached a new all-time high.

On the previous evening, the US Federal Reserve published its economic report, the Beige Book. According to the Fed’s assessment, US economic growth has already weakened somewhat. Meanwhile, US initial jobless claims fell, contrary to expectations, while the state of US industry in the Philadelphia region clouded over somewhat in October.

On the corporate side, investors focused on the quarterly reporting season. The previous evening, US electric car manufacturer Tesla and computer heavy-weight IBM presented their figures for the past quarter. On Thursday, Dow and American Airlines, among others, also opened their books.

There was also no consistent direction on the stock markets in Asia on Thursday. In Japan, the Nikkei benchmark index lost 1.87 per cent to 28,708.58 points by the closing bell. On the Shanghai stock exchange, the Shanghai Composite closed 0.22 per cent higher at 3,594.78 units, while the Hang Seng ended trading 0.45 per cent lower at 26,017.52 points in Hong Kong.

In Hong Kong, Evergrande shares were in the spotlight, trading down sharply after a long break. In mainland China, government officials’ verbal assurances and the easing of housing loan regulations at some banks supported prices.

The European stock exchanges were weaker on Thursday.

The DAX also opened lower and went into the evening 0.32 per cent lower at 15,472.56 points. The TecDAX was also weaker at the opening but was able to move into the profit zone shortly afterwards and maintained its positive trend in the day. At the end of the session, the index had gained 0.83 per cent to 3,780.26 points.

While the balance sheet season also gained momentum in Europe, high energy prices continued to fuel concerns about an economic slowdown. Meanwhile, consumer confidence in the eurozone deteriorated in October: the index calculated by the EU Commission fell by 0.8 to minus 4.8 points. In the morning, news from China, where there are fears of a domino effect from the over-indebted China Evergrande Group, had also weighed on the economy.

The euro weakened further in late US foreign exchange trading on Thursday. The single European currency was last traded at 1.1624 US dollars, just above the day’s low. The rather negative mood on the stock markets also weighed a little on the euro. Rising prices for energy and industrial metals fuel fears of an economic slowdown. Meanwhile, the Turkish lira fell to further record lows. Despite a very high inflation rate, the Turkish central bank has drastically lowered its key interest rate. It is apparently giving in to pressure from President Recep Tayyip Erdogan. The key interest rate was reduced by 2.0 percentage points to 16.0 per cent versus 17.0 per cent expected by analysts. The Turkish lira came under considerable pressure and fell to record lows against the dollar and the euro.

Oil prices came under heavy pressure on Thursday amid growing risks for the Chinese economy. Most recently, a barrel of North Sea Brent cost 83.61 US dollars, 2.21 dollars less than the previous day. The American West Texas Intermediate (WTI) price also fell sharply by 2.33 dollars to 81.07 dollars.

On the other side, the price for the troy ounce of gold stabilised around $1,783.

Public debt in the eurozone increased significantly in 2020 due to the Corona crisis. The public debt mountain increased in terms of gross domestic product (GDP) to 97.3 from 83.6 per cent in the previous quarter, as reported by the statistics authority Eurostat. In absolute figures, the debt mountain rose to 11.10 from 10.01 trillion euros. In the EU-27, the public debt ratio climbed to 90.1 from 77.2 per cent, corresponding to 12.07 from 10.82 trillion euros. Thirteen Member States had a debt ratio of more than 60 per cent of GDP. The highest debt ratios were registered in Greece (206.3 per cent), Italy (155.6 per cent), Portugal (135.2 per cent), Spain (120.0 per cent), Cyprus (115.3 per cent), France (115.0 per cent) and Belgium (112.8 per cent). Germany ranked in the middle with 68.7 per cent. Government budget deficits in the eurozone also rose sharply in 2020. The public debt in relation to the GDP climbed to 7.2 per cent, Eurostat reported.

Contrary to expectations, the number of initial jobless claims for US unemployment insurance benefits decreased slightly in the week ending 16 October. Compared to the previous week, the number of initial claims fell by 6,000 to 290,000 on a seasonally adjusted basis, the lowest level since the week ending 14 March 2020. Economists surveyed by Dow Jones Newswires, on the other hand, had predicted an increase to 300,000.

In contrast, the situation of the US industry in the Philadelphia region deteriorated moderately in October. The Philly activity index fell to 23.8 points from 30.7 in September versus 24.5 expected.