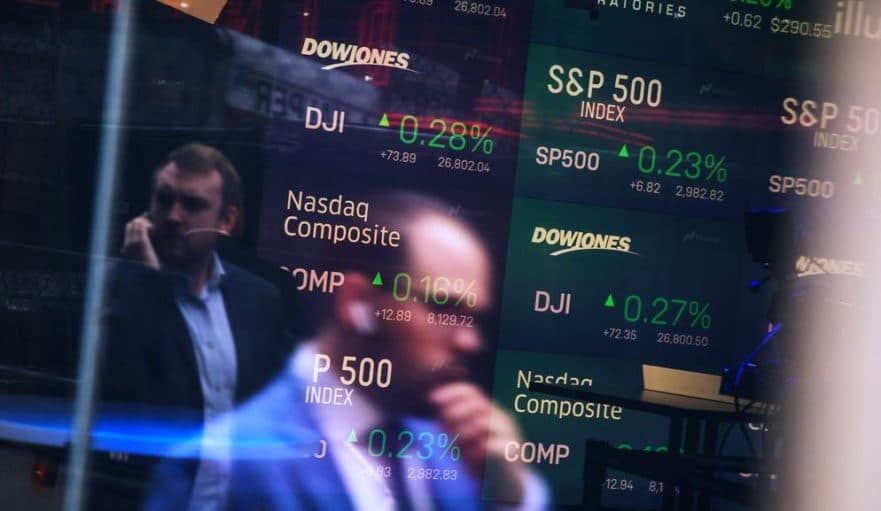 After the stock markets around the world had profited strongly from the hope for a partial agreement between China and the USA since the beginning of October, contradictory statements were made time and again as things progressed. Sometimes there is talk of progress, sometimes of new problems. First of all, there were reports that a first partial agreement between the two major powers might not be concluded this year. On the other hand, there was talk of optimistic statements by the Chinese leadership about progress in the negotiations.

“Recently, we were optimistic that there would be an agreement at some point, but recent news shows that it is anything but certain,” a bank manager said. A glimmer of hope came from a report in the Wall Street Journal that US negotiators were invited to Beijing to discuss the trade dispute further. Chinese media also reported that US tariffs on Chinese goods scheduled for mid-December could be postponed either way.

Meanwhile, the latest indicators show that the dispute with China has done little harm to the US economy. The economic indicator for the Philadelphia region (Philly Fed index) even rose to 11.4 points in November. Analysts had only expected a slight recovery to six points.

Nevertheless, American investors were rather cautious. The Dow Jones opened with little movement and then, after a short trip into the loss zone, more or less stagnated. At the end of trading, a small minus of 0.20 per cent remained at 27,765.89 points. The NASDAQ Composite tech index was somewhat lighter, having started with little change. For it, a discount of 0.24 per cent stood at 8,506.21 units on the price board in the end.

The stock exchanges in the Far East recorded levies on Thursday.

Europe’s stock markets were on the spot on Thursday.

The EuroSTOXX 50 had given in at the opening and remained weak in the further course of trading. In the end, it declined by 0.11 per cent to 3,679.66 points.

Market experts interpret the fact that the leading index managed to recover in the day despite the continuing uncertainty in the customs dispute and without any positive signals from companies as a sign of strength. Now there is a good chance that the Dax will continue its sideways movement between 13,100 and 13,300 points. The Dax was supported on Thursday by car stocks, above all the Daimler share. There was no explanation for this at first.

The euro had to relinquish its daily gains by the end of electronic stock trading. The common currency recently cost 1.1057 dollars, as much as in the morning. The European Central Bank (ECB) set the reference price at 1.1091 (Wednesday: 1.1059) dollars. Since the beginning of the week, the euro has moved only slightly from this spot. This may be due not least to a lack of crucial economic data. The most substantial influence on the exchange rate is exerted by news about the political relationship between the USA and China. These are predominantly tense.

After initial gains to $1,475, gold ended trading at around $1,464 an ounce. Positive US economic data gave the precious metal a momentary damper, but the preemptive trade dispute must continue to be watched.

On the other hand, oil prices rose significantly. One ton of the North Sea variety Brent costs $63.85 in the evening – a plus of 2 per cent. The Texas variant WTI also shot up. With a plus of 2.35 per cent, one ton is currently trading at $58.80.

The cryptocurrency Bitcoin came under pressure again on Thursday. The oldest and best-known digital currency accelerated its recent downward trend. The price fell on the trading platform Bitstamp by 6.1 per cent to 7,581 US dollars. At times it reached 7,394 dollars, its lowest level for four weeks. Other cryptocurrencies such as Ethereum or Bitcoin Cash gave in to a similar extent while XRP held steadier with losses of “just” 3 per cent to $0.2450.

The free trade agreement between the EU and Singapore will officially enter into force this Thursday. The agreement aims to eliminate almost all tariffs between the two sides within the next few years. A more controversial second part of the deal, in which investor protection rules are to be laid down, will not yet enter into force, as it would first have to be ratified in the EU states.

The payment processor PayPal announced on Wednesday that it would incorporate the private shopping and premium platform Honey Science for about 4 billion US dollars. The takeover is to take place at the beginning of next year.

Honey has almost 17 million active users every month and informs consumers about the lowest available price and a price drop.

Some analysts praised PayPal’s strategy and the deal’s growth potential, while others criticised the high price and questioned Honey as the sector’s best takeover target. The PayPal share lost 1.48 per cent to $102.55 in NASDAQ trading.