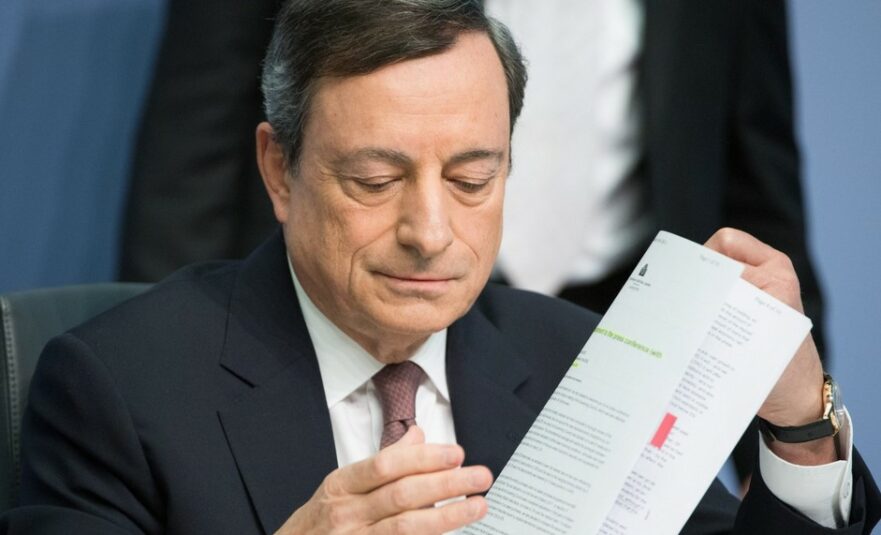 With its announcement that it will maintain its ultra-loose monetary policy for longer, the ECB boosted Europe’s stock markets today. Wall Street, on the other hand, was in the doldrums.

ECB President Christine Lagarde sets herself up permanently for a zero interest rate strategy and an ultra-loose monetary policy. “Our key interest rates have been close to their lower bound for some time, and the medium-term inflation outlook still remains well below our target,” Lagarde said. The ECB plans to support the pandemic-weakened economy with a very expansionary monetary policy for the foreseeable future. The particularly flexible emergency purchase programme for government bonds and corporate securities launched at the beginning of the Corona pandemic will continue until at least the end of March 2022. Although doubts are growing about the necessity of such purchases given the improving economy, the central bank even wants to increase the pace of securities purchases in the third quarter.

The ECB reaffirmed its new, more flexible inflation target in its updated monetary policy outlook (forward guidance). Among other things, the euro watchdogs now want to keep their key interest rates at the current level or an even lower level until it can be seen that inflation reaches two per cent, and then keep it that way consistently for the time being. This could also include a transition period of inflation rates above two per cent. Previously, the target for inflation was below but close to two per cent.

The new wording, however, met with opposition from several monetary watchdogs. “We did not have unanimity, but we had an overwhelming majority to calibrate the forward guidance for the key ECB interest rates,” Lagarde told the press. According to insiders, Bundesbank President Jens Weidmann and Belgium’s central bank chief Pierre Wunsch opposed the new interest rate outlook.

The US stock markets lacked any significant impetus on Thursday, yet there were slight gains. The Dow Jones closed only 0.07 per cent higher at 34,823.35 points, having started the day almost precisely at the level of its closing price of the previous day. Meanwhile, the NASDAQ Composite ended the session with a gain of 0.36 per cent at 14,684.60 points. It opened 0.14 per cent higher at 14,652.72 points.

After a strong quake on Monday, the indices had recovered well on Tuesday and Wednesday. Corona worries at the start of the week were overshadowed by the reporting season and a mostly positive corporate outlook. However, Thursday’s weekly labour market data came in slightly worse than expected, which dampened market sentiment somewhat compared to recent days.

While trading in Japan was suspended on Thursday due to the holiday, the Chinese markets went up.

The recovery of the last few days continued on Thursday. With this, the Asian stock markets followed the positive signals from the USA. The economy is still expected to recover despite rising infection figures.

The positive signals from the ECB helped the European indices to post renewed gains today. The EuroSTOXX 50 ended Thursday’s trading 0.8 per cent higher at 4,059.05 points.

The DAX was already able to start trading on a firmer footing and hold most of its gains throughout the day. The German benchmark index ended trading 0.6 per cent stronger at 15,514.54 index points. The TecDAX began Thursday’s trading with small gains and ultimately ended the day 1.49 per cent higher at 3,648.52 points.

This means that the recovery after the brief price drop at the beginning of the week continued today.

The commitment to the ECB’s ultra-loose monetary policy hardly moved the euro on the foreign exchange market. The single European currency was trading at 1.1771 US dollars in the evening, slightly below the late European currency trading level.

Meanwhile, the oil prices on the commodities market rose again. Brent crude from the North Sea gained 1 per cent to $72.95 a barrel, while WTI from the USA gained 1.1 per cent to $71.83. Even with the easing of the production brake decided by the major exporting countries, demand will exceed supply in the coming months, analysts at Morgan Stanley bank predicted.

The public deficit of the eurozone decreased slightly in the first quarter of 2021. According to Eurostat, it amounted to 7.4 per cent of annual economic output, after standing at 8.1 per cent in the fourth quarter of 2020. According to the report, public expenditure fell by 11 billion euros to 54.0 (previous quarter: 54.7) per cent of gross domestic product (GDP) in seasonally adjusted terms. Revenues increased by 7 billion euros, which corresponded unchanged to 46.6 per cent of GDP. Among the large states, France (9.3 per cent) and Spain (8.2 per cent) showed the highest deficits. No figures were given for Italy. Germany’s deficit was 6.0 per cent and the Netherlands’ 6.4 per cent.

Negative signals for the economy came from the labour market in the United States. Last week, 419,000 Americans applied for unemployment benefits, significantly more than in the previous week. Experts had expected a decline to 350,000 initial claims.

The mood of the French economy dampened somewhat in July, albeit from a very high level. The business climate fell by one point to 113 points compared to the previous month, as the statistics office Insee announced in Paris on Thursday. The value of 114 points reached in June was the highest level in 14 years. The pre-corona crisis level is still clearly exceeded, as is the long-term average of 100 points. In July, sentiment brightened in the industry but dimmed somewhat in retail trade.