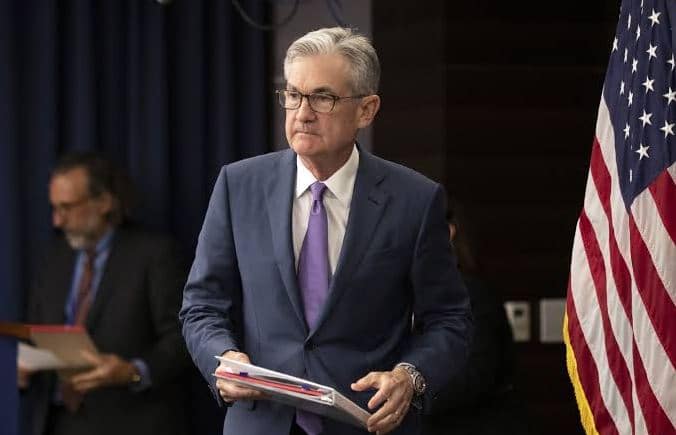 No clear signals from the Fed

Despite almost daily demands by US President Donald Trump for a drastic cut in the key interest rate, the central bank has shown itself unaffected.

The decision-making body agreed that the central bank needed “flexibility” in determining the level of the key interest rate, according to the minutes of the interest rate meeting at the end of July published on Wednesday. The Federal Reserve is thus keeping all options open and giving the financial markets no clear signals as to when or whether further rate cuts are to be expected.

The central bankers continued to rate the US economy as robust. However, they expressly pointed out the risks that arose from weaker global growth and the trade conflicts initiated by Trump. The central bank will set its course in the light of further economic data.

In July, the central bank decided to lower the key interest rate by 0.25 percentage points to a range of between 2.00 to 2.25 per cent. In doing so, the Fed wanted to prevent a possible slump in economic growth. It was the first rate cut since the global financial crisis began a decade ago.

The Fed’s next interest rate decision is due on 18 September. And a lot has happened since the end of July. The trade conflict between the US and China has intensified again with Trump’s announcement of new punitive tariffs. In addition, there was a recent warning signal on the US bond market that caused investors to fear a recession.

According to US media reports, there was another brief warning signal on the bond market on Wednesday afternoon, the so-called inverse yield curve. In this case, the interest rates on certain long-term US government bonds are lower than those on short-term securities. This suggests that investors are very pessimistic.

The financial markets will now look to the central bank meeting in Jackson Hole for signals on the Fed’s future policy. US Federal Reserve Chairman Jerome Powell will speak there on Friday and will be able to discuss the latest developments.

World Markets at a glance

Asia’s stock markets are cautious this Thursday. In Tokyo, the Nikkei 225 fell slightly by 0.05 per cent to 20,628 points. On China’s mainland stock exchange, the CSI 300 also lost only a little recently. In Hong Kong, the losses were higher. The Hang Seng fell by 0.9 per cent to 26,032 points.

The EuroSTOXX 50 tended to start with a discount of 0.14 per cent at 3,390.05 units on red terrain and then more or less stagnated.

The German DAX rang in the session 0.4 per cent lower at 11,756.21 points, but quickly curbed its declines and is now even just in the profit zone. The TecDAX was down 0.17 per cent on the starting bell at 2,778.92 points. In the further course of the year, it hardly makes any headway.

Today, the chart technique is moving into the spotlight, especially for the DAX: Experts see an important resistance at 11,865 points. Since the stock market barometer was able to gain significantly yesterday, a small countermove is now starting for the time being. In contrast, the Fed’s minutes published the previous evening hardly move. Investors did not gain any new insights from the minutes of the last interest rate meeting. The fact that it turned out to be less dovish than the market had expected had a negative effect.

Early in the morning, investors will have a look at the Purchasing Managers’ Index for the manufacturing and service sectors in Germany. The figures for the eurozone will follow. The minutes of the European Central Bank meeting is expected later in the day.

The US Purchasing Managers’ Index for the manufacturing and services sectors will be exciting again in the afternoon. Also, the annual central bank conference with participants from all over the world will begin in the evening in the American Jackson Hole. But it will not be until Friday that Fed Chairman Jerome Powell will give the opening speech, which is expected to provide indications of the monetary policy stance.

Not much has been happening in the currency market on Wednesday. Most major pairs are continuing to trade in tight ranges since the FOMC minutes failed to provide any clear direction.

The EUR/USD is appreciating slightly and is currently trading just above the 1.11 dollar handle. The GBP/USD is also moving in a tight range of low to mid-high $1.21 price. The Aussie has lost some of his gains and is now moving towards the mid $0.67s.

In the metals and commodities markets, gold and oil are trading stable. Gold is currently valued at around $1,500, and a barrel of Brent crude oil is trading at $60.20.

After heavy losses for most big-cap cryptocurrencies on Tuesday, Wednesday and Thursday see only slight movements. However, Bitcoin has lost more ground this Thursday morning and slipped below the psychologically significant $10,000 mark. XRP is stable at approximately $0.2650, while Ethereum is trading at $185 per token.

Fiat Chrysler and Renault ahead of marriage?

According to a story in the newspaper “Il Sole 24 Ore”, talks between the heads of Renault and Nissan have picked up speed in recent weeks. The French could ultimately decide to reduce their share in Nissan after the Japanese’ earnings have recently declined.

Rosneft wants to settle only in Euro

The Russian oil producer Rosneft is arming itself against possible US sanctions and wants to settle forward transactions in euros instead of dollars in the future. “All new forward contracts for oil products for export will have the euro as their payment currency,” an insider told Reuters news agency on Wednesday. Four other people familiar with the plans confirmed this.

Rosneft is responsible for around 40 per cent of Russian oil production, making it one of the world’s leading producers and exporters. About half was exported to Western and Southeastern Europe and Asia. The majority of the oil products destined for export are sold by forward contracts, with Western corporations such as BP and Glencore among the top customers.

The energy group Innogy has sold its stake in the Slovakian holding company VSEH to its remaining parent company RWE. The company announced in Essen on Wednesday that it had agreed not to disclose the purchase price of the 49-per cent stake.

In this context, Innogy also lowered its earnings forecast for the current year. Adjusted operating earnings (EBIT) are now expected to amount to 2.2 billion euros, compared to 2.3 billion euros previously forecast. At around 800 million euros, adjusted net earnings should be around 50 million euros lower than planned. The share hardly responded to the news.

Innogy is about to be taken over by its competitor Eon. After a successful conclusion, the company is to be smashed. Eon retains the grid business and sales and transfers its and Innogy’s renewable energy activities to RWE.