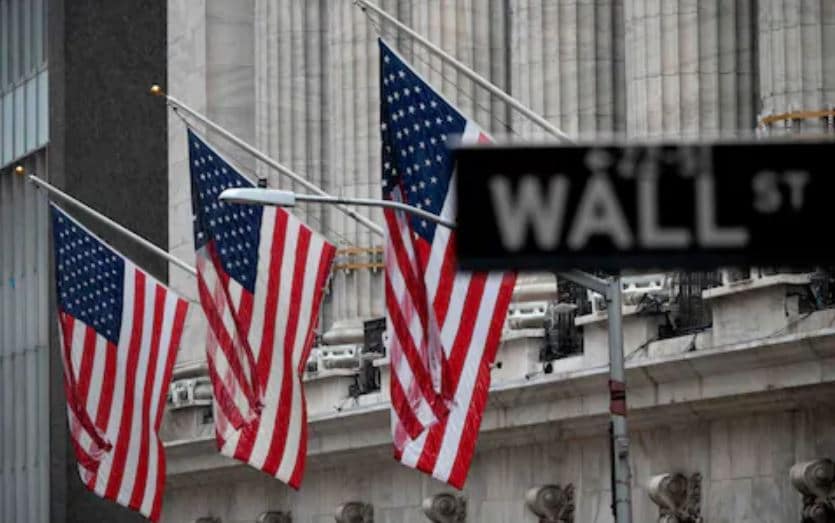 Almost everywhere, the stock markets went down today – except in the United States.

It is the growing fear of a possible pandemic that is putting pressure on investor sentiment. It is feared that a spread of the disease could slow down the global economy, which is currently recovering. In the meantime, the Chinese government has largely cordoned off four cities in the severely affected Hubei province. Also, all major events in the capital Beijing on the occasion of the New Year, the Lunar New Moon festival, celebrations on Saturday have been cancelled.

In addition, many stock exchanges around the world have risen to new heights in recent weeks. Therefore, some investors prefer to take profits at the moment and wait and see.

On Thursday, investors on the US stock markets presented themselves as unsettled.

Fears of a further spread of the coronavirus thus remained omnipresent on Wall Street as well.

The largest stock exchanges in Asia presented themselves on Thursday with heavy losses.

In the run-up to the Chinese New Year, which will lead to increased travel activity, fears of a spread of the coronavirus are growing. To prevent this, Beijing has issued a media report stating that the inhabitants of Wuhan, where the coronavirus first appeared, may only leave the city with a special permit.

The EuroSTOXX 50 started only slightly lower. After it had entirely made up for the losses, it finally fell by 0.87 per cent to 3,736.85 points.

Trade with the Best Trading Platforms for Europeans Traders

The leading German index Dax 30 closed 0.9 per cent lower at below 13,400 points – a close at a two-week low. Thus, the record high of 13,640 points reached yesterday is increasingly disappearing from sight again. The MDax also went down by almost one per cent.

The euro rallied somewhat in late trading in the US on Thursday. At 1.1055 US dollars, the common currency recently moved back above the daily lows below 1.1040 in late European currency trading. The European Central Bank (ECB) had set the reference rate at 1.1091 (Wednesday: 1.1088) dollars.

The crisis of the Italian government somewhat burdened the euro. Foreign Minister Di Maio had resigned from the top of the five-star ruling movement on Wednesday. The stars are in a coalition with the Social Democrats. On Sunday the party faces a debacle in the regional elections in Emilia-Romagna and Calabria. Should the right-wing alliance of Lega leader Matteo Salvini win the polls, this will also further complicate the work of the divided government alliance in Rome.

The euro rallied somewhat in late trading in the US on Thursday. At 1.1055 US dollars, the common currency recently moved back above the daily lows below 1.1040 in late European currency trading. The European Central Bank (ECB) had set the reference rate at 1.1091 (Wednesday: 1.1088) dollars.

The Japanese yen has risen sharply due to growing concern about the consequences of the coronavirus. The Japanese yen is considered a safe haven for investment and is currently in increased demand by investors. Similarly, the gold price picked up slightly as well after it had fallen significantly in the day. At the time of writing, the price for the troy ounce is $1,563, or 0.26 per cent more than yesterday.

The virus also fueled fears of consequential economic damage on the commodity market. The prices of crude oil and industrial metals such as copper and nickel fell to their lowest levels for almost two months in some cases. Crude oil of the North Sea variety Brent cost a good three per cent less while WTI even lost 3.19 per cent to $55.22.

Cryptocurrencies received a bit of a pounding today. Negative remarks about cash and also Bitcoin from the famous hedge fund manager Ray Dalio made some crypto-investors nervous.

Bitcoin lost 3 per cent to just above $8,400 while Ethereum lost 3.16 per cent to $163 and XRP 3.98 per cent to $0.2266. Bitcoin SV got the biggest beating out of the top 10 digital assets in value and lost over 15 per cent in a short time to $260. The fork version of Bitcoin had previously risen sharply and was due for a bigger correction anyways.

The Japanese economy continues to struggle with declining exports. In December, the pace of decline slowed somewhat, as in November, but with a year-on-year decline of 6.3 per cent, it was higher than experts had expected. In particular, exports of the car industry, which is important for the country, were again weak, according to the Ministry of Finance. With the minus in December, exports fell for the 13th time in a row. Nevertheless, there were positive signals. For example, exports by semiconductor companies increased, and exports to China also picked up for the first time in many months.

As expected, the ECB has not changed its monetary policy. The currency guardians are keeping the key interest rate in the eurozone at a record low of zero per cent. Banks still have to pay 0.5 per cent interest when they park money with the ECB. Besides, the central bank wants to invest 20 billion euros per month in the purchase of bonds for an indefinite period. ECB President Christine Lagarde also announced a comprehensive review of the central bank’s monetary policy strategy, which is to be completed by the end of the year.

The US consumer goods group Procter & Gamble continues to thrive and has again slightly increased its forecast for the 2019/20 fiscal year, which runs until the end of June. Core earnings per share adjusted for special effects are expected to grow by eight to eleven per cent in the fiscal year. Previously, Procter & Gamble had forecast growth of five to ten per cent. The Pampers Group also raised the lower end of the range for organic sales growth slightly and expected an increase of four to five per cent. However, investors had expected even more. Before the stock exchange, the share fell by 2.7 per cent.