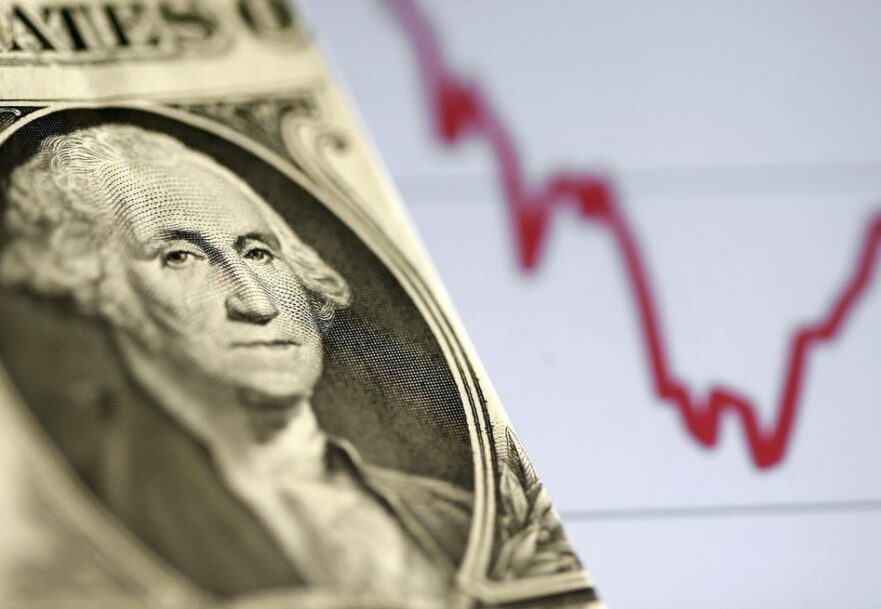 Once again, Jerome Powell, the top money watchdog in the US, kept equity investors happy. He apparently hit the right note with his stalling tactics and cautious hints of an imminent turnaround in monetary policy. The US Federal Reserve is continuing its ultra-loose monetary policy for the time being and is continuing its securities purchases unchanged. Only at the next meeting at the beginning of November could a decision be made to curb the monthly purchases from the current 120 billion dollars.

There was little progress today in the drama surrounding Chinese real estate giant Evergrande. According to a media report, Chinese authorities appealed to the real estate group to avoid defaulting on its dollar bonds. During the day, $83.5 million in interest was due on one of these bonds. The company’s shares nevertheless rose by almost 18 per cent in Hong Kong. China Evergrande has been keeping the (financial) world on tenterhooks for days. The company’s bankruptcy could lead to a Chinese real estate crisis and weaken the economy in the Middle Kingdom.

The stock market cops returned to Wall Street. The Dow Jones extended its gains intraday and went into the evening with a plus of 1.48 per cent at 34,766.00 points. The NASDAQ Composite was also able to make gains, ending the day up 1.04 per cent at 15,052.24 index points.

In late trading the previous day, investors had already reacted with relief to the news that the US Federal Reserve (Fed) was sticking to its very loose monetary policy for the time being.

On the economic front, activity in the US economy slowed in September. Meanwhile, against expectations, the number of initial claims for US unemployment benefits rose.

Investors in Asia were more optimistic again today. There was no active trading in Japan due to the beginning of the autumn holiday. The Nikkei index remained at Wednesday’s close, down 0.67 per cent at 29,639.40 points.

The Fed’s statements were well received in Asia on Thursday, with the stock markets following the US stock markets, which had also risen on Wednesday evening. In Hong Kong, there was also some relief about Evergrande after the troubled property group reached an agreement with creditors on a bond.

Investors on the European stock markets were also confident on Thursday. The EuroSTOXX 50 rose shortly after the start of trading and was able to advance further into the profit zone in the day so that it was ultimately able to record a gain of 1.08 per cent to 4,194.92 index units.

The DAX on the Frankfurt Stock Exchange already opened higher and subsequently remained in the plus. By the end of the trading day, it had climbed by 0.88 per cent to 15,643.97 points. The TecDAX also started on green terrain and increased its gains in the day. It ended the session 1.37 per cent higher at 3,951.76 points.

The market positively received the statements of the US Federal Reserve on the previous evening. Weaker purchasing managers’ indices from Germany and France did not weigh on sentiment.

The Norwegian krone was in demand on the foreign exchange markets. The Norwegian currency gained around 0.6 per cent against the euro. Earlier, the central bank of Norway had raised its key interest rate from zero to 0.25 per cent. Against the greenback, the euro was able to make up some ground and was quoted above the 1.17 dollar mark again at 1.1746 dollars. Meanwhile, the Turkish lira has temporarily fallen to a record low against the dollar. The Turkish central bank surprised the financial markets with an interest rate cut. Despite high inflation, the key interest rate was lowered unexpectedly. President Recep Tayyip Erdogan has repeatedly forced pressure on the central bank and demanded lower interest rates.

Meanwhile, oil prices continued their recent gains. They are now trading just below their highs for the year from the beginning of July. In recent weeks, prices have benefited from the prospect of too little supply. The main reason is continuing outages at production facilities in the Gulf of Mexico due to the aftermath of the severe hurricane Ida. This development is reflected in declining stocks in the USA, which are now at their lowest level in almost three years. Brent oil was trading 86 cents higher at $77.05, while WTI oil was up as much as $1.09 at $73.32.

The price of gold, on the other hand, fell significantly. One troy ounce of the precious yellow metal fell by over 1 per cent to 1,742 dollars.

Cryptocurrencies stabilised further, with Bitcoin holding at around $44,500, Ethereum gaining 1.2 per cent to $3,140, and Cardano, XRP and Solana staying steady at their previous day’s levels. Meanwhile, AVAX and LUNA increased in double-digits again, continuing their bullish momentum. Similarly, Algorand, ATOM and Tezos rose sharply to $2.01, $42 and $6.30, respectively.

Growth in the eurozone also slowed noticeably in September due to supply bottlenecks and concerns about the delta. The composite index for production in the private sector – industry and services combined – declined to 56.1 points from 59.0 in the previous month, the IHS Markit Institute reported in its first release. Economists had predicted a decline to 58.5 points.

The Swiss National Bank (SNB) does not touch interest rates and thus continues its very expansionary monetary policy. It is leaving its key interest rate and the interest rate on sight deposits at -0.75 per cent, as it announced today as part of its monetary policy assessment. The SNB also emphasised its intention to continue to intervene in the foreign exchange market if necessary. It still sees the franc as “highly valued”. In 2020, the SNB had bought foreign currencies for almost 110 billion francs.

The number of initial claims for unemployment benefits in the US increased in the week ending 18 September, contrary to expectations. Compared to last week, the number of claims rose by 16,000 to 351,000, according to the US Department of Labour. Market analysts surveyed by Dow Jones Newswires had predicted a decline to 320,000.

Activity in the US economy slowed in September. IHS Markit’s composite production index in the private sector – industry and services combined – fell to 54.5 from 55.4 points in the previous month. The purchasing managers’ index for the manufacturing sector eased to 60.5 from 61.1 points last month. Economists had predicted a reading of 61.7. The index for the service sector declined to 54.4 from 55.1 points. The forecast had been for 54.9.

The economic outlook in the United States improved more than expected in August. The composite index of leading economic indicators rose by 0.9 per cent compared to the previous month, as the private research institute Conference Board announced in Washington on Thursday versus 0.7 per cent expected. However, at 0.8 per cent, the increase in July was somewhat weaker than initially calculated.