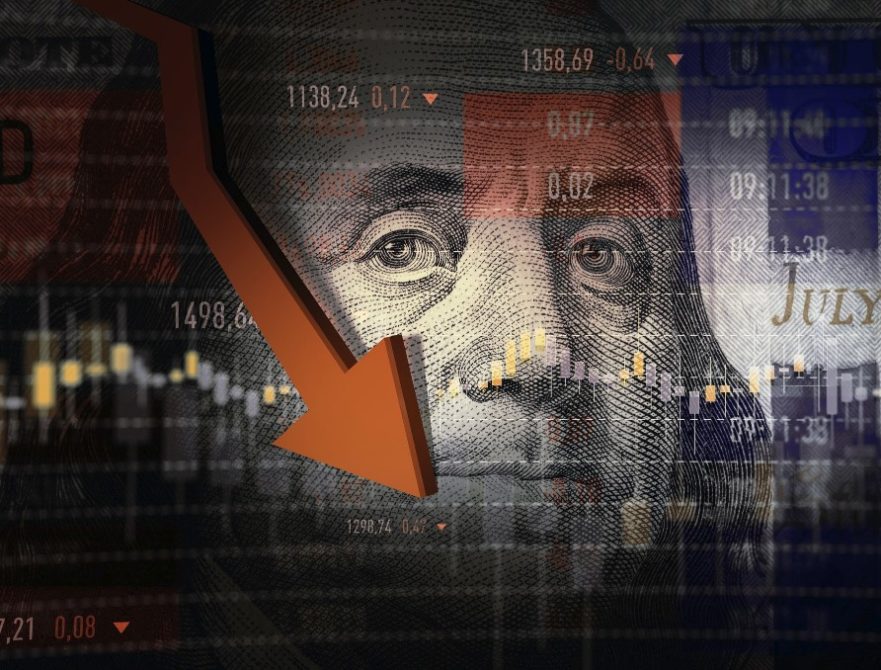 Rising yields have again slowed down the stock market today. Investors were nervous because it remained unclear where the market was heading after the past weeks’ sideways movement.

On Thursday, the interest rate for ten-year government bonds climbed to 1.47 per cent. The rise in capital market interest rates seems to be unstoppable at the moment. Even appeasing words from central bankers do not help much. This week, US Federal Reserve Chairman Jerome Powell had given clear indications that the central bank intends to continue its ultra-loose monetary policy for a long time. It didn’t help; interest rates on the markets continue to rise. Rising yields mean higher financing costs for states and companies.

Due to the immense aid packages worldwide, the supply of government bonds is increasing significantly, market experts explain. For all of these to find a buyer, prices must fall, and interest rates must rise – a toxic combination for the stock markets.

Wall Street showed deep red signs on Thursday. The Dow Jones opened virtually unchanged and then fell far into the red. In the end, it ended the trading session with a loss of 1.76 per cent to 31,400.50 points. The NASDAQ Composite, which had already lost ground at the start of the day, was fell even deeper into the red. It slumped by 3.52 per cent to 13,119.43 points.

The Asian stock exchanges showed their friendly side on Thursday. The Japanese benchmark index Nikkei ultimately rose by 1.67 per cent to 30,168.27 points. On the Chinese mainland, the Shanghai Composite rose by 0.59 per cent to 3,585.05 points while the Hang Seng gained 1.20 per cent to 30,074.17 points in Hong Kong.

After the Asian stock exchanges were under pressure the previous day, things went up today. The reason for this was positive impulses from the US markets. After US Federal Reserve Chairman Jerome Powell reaffirmed during his hearing before the Financial Services Committee of the House of Representatives that interest rates would remain low for a longer period, prices here turned into the profit zone.

European stock markets went downhill once again today. After a friendly start, the EuroSTOXX 50 turned negative and ultimately went into the evening 0.56 per cent lower at 3,685.28 points.

The DAX started the day firmer but then turned negative and closed 0.69 per cent weaker at 13,879.33 points. The TecDAX was also unable to defend its initial gains and ended the day virtually unchanged at 3,368.22 index units.

Once again, bulls and bears fought for direction. After recent statements by US Federal Reserve Chairman Jerome Powell in the morning had provided optimism for DAX investors, profit-taking set in as trading progressed.

The stock markets continued to be torn between expectations of a strong economic recovery in the current year and concerns about rising inflation. Commerzbank explained that rising US yields also reflected the market’s justified assumption that US government debt would continue to grow and that a higher supply of US government securities was, therefore, to be expected. The Fed has already stated that it intends to maintain its loose monetary policy for the time being.

The euro lost most of its early daily gains in US trading on Thursday and was last quoted at 1.2182 US dollars. Earlier, robust economic data from the eurozone had pushed the common currency up to 1.2243 dollars, its highest level since the beginning of January. The euro’s current slide was accompanied by a significant rise in yields on the US bond market. Concerns about monetary tightening in the wake of rising inflation pushed the interest rate for ten-year government bonds above 1.5 per cent, the highest level since February 2020. The prospect of further rising interest rates in the USA makes investments in US dollars more attractive, thus increasing demand for the US currency, while the euro lost some of its appeals.

Oil prices also mostly gave back initial gains on Thursday. In the day, there was profit-taking after the recent price gains. The reasons for rising oil prices have changed little in recent days. On the demand side, hopes of economic improvement, supported by progress on corona vaccinations and the prospect of fewer restrictions on public life, are driving. The price of Brent crude fell 18 cents to 66.86 US dollars. On the other hand, American West Texas Intermediate crude was up 4 cents at 63.26 US dollars. In the meantime, prices had risen to their highest level since the beginning of 2020.

Gold came under selling pressure again and was the last trading at only $1,773 per troy ounce, a daily loss of more than $30.

Digital assets showed a mixed picture today. While some of the top altcoins were able to gain further, Bitcoin and Ethereum moved into red territory again. Bitcoin is currently sold for $48,800, a daily loss of 0.5 per cent, while Ethereum lost 1.3 per cent to $1,582. Cardano was the biggest gainer under the top 10 cryptocurrencies today, with over 9 per cent to $1.12.

Economic sentiment in the eurozone brightened more than expected in February. Hopes of easing soon and the ongoing vaccination campaign are likely behind the rise. The composite economic sentiment index published by the European Commission rose to 93.4 points from 91.5 in the previous month. Economists had expected only a slight increase in the index to 91.6 points.

The US economy grew a tad more strongly in the fourth quarter than initially reported. As the Commerce Department reported in a first data revision, the gross domestic product (GDP) increased by 4.1 per cent on an annualised basis compared to the previous quarter. Economists and analysts surveyed by Dow Jones Newswires had expected GDP to rise 4.2 per cent after the Commerce Department reported a 4.0 per cent increase in an initial estimate.

The number of initial claims for US unemployment insurance benefits declined much more than expected in the week ending 20 February 2021. Compared to the week before, the number of claims fell by 111,000 to 730,000, according to the US Department of Labour in Washington. Economists surveyed by Dow Jones Newswires had only predicted a decline to 845,000.

The ongoing lockdown caused the turnover of Germany’s commercial economy to slump in January after eight increases in a row. Industry, construction, trade and service providers together took in 8.6 per cent less than in the previous month, the Federal Statistical Office reported on Thursday. Since the low point in April 2020, turnover had risen continuously – most recently by 3.9 per cent in December. It is now 3.7 per cent below the level of February 2020, the month before the Corona pandemic restrictions began in Germany.

The development signals a possible contraction of the gross domestic product in the current first quarter. Deutsche Bank’s economists assume that it will decline by 2.0 per cent compared to the previous quarter. At the end of 2020, it had still managed a plus of 0.3 per cent, as rising exports and construction investments more than compensated for the decline in private consumption.