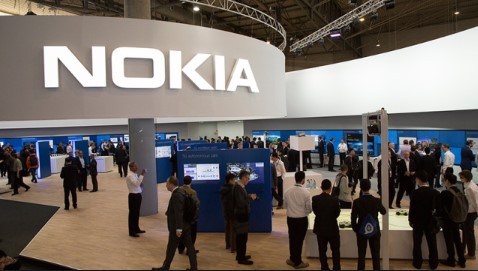 Frankfurt – 25/07/2019
It’s getting hot on the stock exchanges
Even a worst-case Ifo index cannot shake the German stock market. But now the ECB has to deliver.

Around midday, the Dax fluctuates around its previous day’s level of 12,577 points. The Japanese stock market went up today. The 225 Nikkei index closed Thursday 0.2 per cent higher at just under 21,757, after having risen to its highest level in three months. Overall, there is little movement in the currency market. The euro is slightly weaker but remains above the USD 1.1120 mark.

The mood in the German economy continued to deteriorate against the backdrop of the trade war between China and the USA and a weakening global economy. The Ifo business climate fell by 1.8 points to 95.7 points, as the research institute announced on Thursday in its monthly survey of around 9,000 managers. This is the fourth consecutive decline for the most important German economic barometer and the lowest level since April 2013. Economists had only expected a decline to 97.1 points. “The recession is spreading to all major sectors of German industry,” Ifo economic expert Klaus Wohlrabe told Reuters.

Waiting for the ECB

In the forex market, investors are also waiting for the ECB’s interest rate decision, which is due in the early afternoon. Experts expect that the monetary authorities will confirm their latest signals of a loosening of monetary policy. “The question is therefore not whether the European Central Bank will act, but only when,” said Milan Cutkovic, market analyst at forex broker AxiTrader. Investors put the probability at 50 per cent that the deposit rate will already be lowered at this meeting. But outgoing ECB President Mario Draghi could also signal a loosening of monetary policy only for September when the latest forecasts were published, Cutkovic said. “This would certainly be a slight disappointment for the stock market, but should not significantly slow the current rally.”

Amid the industry downturn, the Volkswagen Group achieved a solid second quarter and more profit than expected. Despite lower deliveries, sales climbed 6.6 per cent year-on-year to 65.2 billion euros. Adjusted for special factors, operating profit fell by 8.1 per cent to EUR 5.13 billion, but exceeded analysts’ expectations.

The car slump, especially in China, and the customs dispute between the United States and China are increasingly affecting BASF. Besides, the demand for crop protection products was lower due to severe weather conditions in North America. For this reason, the Dax Group actively revised its outlook for 2019 at the beginning of July. According to initial calculations, the Group expects a year-on-year decline in sales of four per cent to EUR 15.2 billion for the second quarter. EBIT before special items is expected to have halved to one billion euros. After taxes and minority interests, net income increased to 6.5 billion euros from 1.5 billion euros in the previous year only thanks to a book profit.

Deutsche Börse earned significantly more in the second quarter than in the same period last year. This was due not only to good business performance but also to the significant reduction in personnel costs.

Earnings before taxes, interest, depreciation and amortization (EBITDA), adjusted for non-recurring effects, rose by nine per cent to just under EUR 466 million. The company thus performed roughly in line with experts’ expectations. Income rose by only six per cent to 725 million euros.

All in all, the stock exchange operator can even boast an increase of 27 per cent to 267 million euros. The reason for the jump in profits is the decline in special costs for job cuts and takeovers.

Chief Financial Officer Gregor Pottmeyer also confirmed the annual targets after the first six months, which were in line with the company’s planning. Accordingly, earnings are expected to increase by five per cent and profit adjusted for special effects by ten per cent.

In addition to the ongoing transactions in core areas such as the derivatives exchange Eurex or the settlement and custody company Clearstream, investors are now waiting to see whether Deutsche Börse will succeed in taking over the FXall trading platform.

Will the additional purchases come from index and foreign exchange trading?
The talks have been dragging on for some time now. At the beginning of April, the Group had already confirmed that negotiations were underway with the parent company Refinitiv on some areas of foreign exchange trading. “The purchase price of 3.5 billion dollars mentioned in the market rumours, as well as the imminent signing of binding contracts, are completely unfounded,” Deutsche Börse said at the time.

However, Deutsche Börse could only take over parts of it. But even a purchase price of this magnitude would probably not be a problem for them – the company has 1.5 billion euros in cash for acquisitions. Besides, Weimer had recently stressed again and again that investors fully support his strategy and would also support a capital increase.

Theodor Weimer, who succeeded Carsten Kengeter, who stepped down under fire at the beginning of 2018, in his role as head of the stock exchange, will make foreign exchange and index trading more independent of fluctuations in the stock and bond markets.

The world’s largest bottling plant manufacturer slipped into the red in the second quarter. The pre-tax loss was 3.6 million euros, as Krones announced. In the first half of the previous year, a profit of 56.5 million euros had been generated. At EUR 906 (899) million, turnover was practically stagnant, while incoming orders declined. In the first half of the year, net profit fell by more than half to EUR 33.3 (76.9) million. Earnings are expected to improve again in the second half of the year. Two weeks ago, Krones had revised its forecasts downwards and on Wednesday parted company with its CFO.

The automotive supplier, Hella, is planning a special dividend. In addition to the regular dividend of EUR 1.05 per share, the MDax Group is proposing a special distribution of EUR 2.30 per share to its investors. The money comes mainly from the sale of the wholesale business.

At the same time, the company is preparing its investors for a difficult new fiscal year 2019/20: In view of a declining development in the industry, Hella expects currency- and portfolio-adjusted sales of around 6.5 billion euros to 7.0 billion euros, compared with 6.8 billion euros in the previous year. Hella sees the margin on the operating result (EBIT) between 6.5 and 7.5 per cent.

The chip plant manufacturer Aixtron increased its sales in the first half of the year. With revenue up twelve per cent to EUR 132 million, operating earnings (EBIT) rose by 59 per cent year-on-year to EUR 19.1 million. Incoming orders fell by 36 per cent to 98.3 million euros. The expected customer restraint had intensified in the short term as a result of the US sanctions against Huawei. Aixtron hopes for improvement in the second half of the year. The Management Board, therefore, confirmed its forecast for 2019 and expects a margin at the upper end of the expected range.

As expected, chip supplier Siltronic is suffering from the weak semiconductor market. In the second quarter, the wafer manufacturer’s sales shrank by 14 per cent year-on-year to 311.8 million euros, the operating result (EBITDA) even dropped by 31 per cent to 100 million euros. At 32.1 (35.9) per cent, the operating return on sales (EBITDA margin) was still below the figure for the first quarter. The weak Euro Siltronic had helped in this respect. Sales will continue to decline in the third quarter.

The biotech company Qiagen has lowered its expectations for sales and earnings in the current year. Qiagen still expects adjusted and diluted earnings per share to be between USD 1.42 and USD 1.44. Qiagen had previously targeted 1.45 to 1.47 dollars. Excluding currency effects, sales are expected to increase by five to six per cent, compared to seven to eight per cent previously targeted. Qiagen cited plans for the realignment of one of the partnerships in China as the reason.

Roche dares to do more

The Swiss pharmaceutical group Roche is raising its forecast after the first half of the year. According to the world’s largest manufacturer of cancer drugs, sales are expected to increase by a mid to high single-digit percentage this year. Previously, the company had assumed an increase of a medium single-digit percentage. Adjusted earnings per non-voting equity security (Genussschein) and share are expected to grow mainly in line with sales growth. Roche also offers its shareholders the prospect of a higher dividend. The specifications apply to the exclusion of exchange rate fluctuations.

The South Korean electronics group Samsung intends to launch its first foldable smartphone on the market in its second attempt. The Galaxy Fold will be available in selected countries from September, the world’s largest mobile phone manufacturer announced in Seoul on Thursday. The device, which cost almost 2,000 dollars, has been improved and successfully passed final tests. In April there had been reports of faulty screens, which had led to a delay in the market launch.

Nokia in the 5G boom

Nokia shares are in high demand on Thursday. The former mobile phone group, which is now taking off as a network supplier, has delivered strong quarterly figures. The Finns are increasingly benefiting from the development of the new 5G mobile radio networks.

Nokia CEO Rajeev Suri was thrilled. The demand for 5G equipment is strong in the USA and South Korea, he said. Other exciting markets include Japan, the Middle East, China, Scandinavia, Italy and the UK, where the new generation of mobile phones will be launched this year.

The establishment of the new 5G mobile networks boosted Nokia’s business in the second quarter. Sales grew by seven per cent year-on-year to EUR 5.7 billion. Adjusted for special items, operating profit even climbed by 35 per cent to 451 million euros, exceeding the expectations of even the most optimistic analysts.

The bottom line is, that the network equipment provider, which once held the (stock market) world in suspense as a leading mobile phone provider, is still in the red – because of the tough restructuring program that has been underway for some time. After all, the loss could be contained. At 191 million euros, the loss was 30 per cent lower than a year earlier.

Nokia reiterated its target of achieving adjusted earnings per share of 25 to 29 cents this year. In the coming year, it is to rise to 37 to 42 cents.

The Finnish network equipment company’s share price rises by nine per cent at its peak on Thursday, reaching its highest level for three months. It overcomes the 200-day line, the moving average of the past 200 trading days. On a one-year basis, however, the titles have not progressed. They stagnate at around five euros.

Profiteer of the Huawei ban?

JPMorgan expert Sandeep Deshpande praised the figures. It remains at its price target of EUR 6.50 – 30 per cent above the current level. Alexander Peterc, an analyst at French Société Générale said the figures showed that the company was regaining a foothold. “We’re still at a low point, but their recovery is significantly faster than many people have predicted.”

Besides Ericsson, Huawei is the Finns’ most important rival. The US government has blacklisted the Chinese company. Fears are that the use of Huawei technology will give China opportunities for espionage. Huawei rejects the accusations. Some analysts believe it is possible that Nokia will benefit from the Huawei ban.