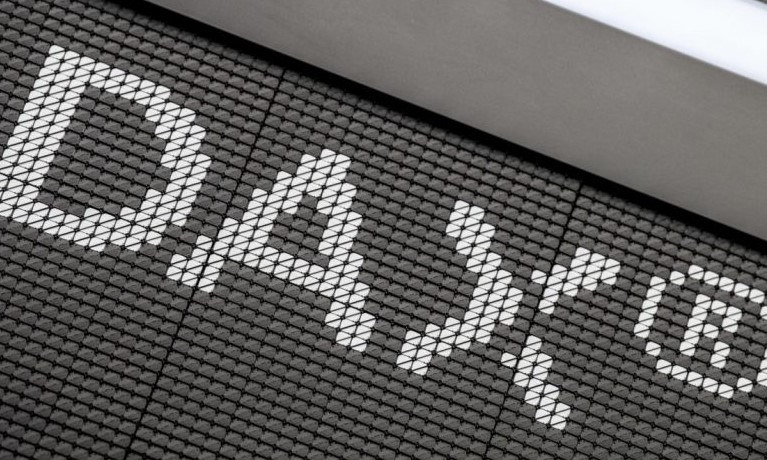 Investors remain torn – between a further increase in corona positive figures and the opportunity for favorable entry prices. Accordingly, the German stock market was also nervous today. After five days of losses in a row, the Dax closed in the black for the first time. However, turnover was quite thin due to the closed Wall Street. Many investors take advantage of the holiday for an extended weekend, especially since trading on Wall Street is also shortened on Friday.

Markets in the US did not trade today due to the Thanksgiving holiday.

On Wednesday evening, the Fed released its latest minutes, which investors had been eagerly awaiting. The minutes revealed that some Fed members would have preferred a faster tapering of the multi-billion dollar bond purchases in order to be able to react to rising inflation with earlier interest rate steps. In addition, numerous economic data had already been published in the pre-market. Third-quarter GDP was minimally lower than previously expected. Weekly initial jobless claims dropped to their lowest level since 1969, and durable goods orders surprisingly declined in October.

The stock markets in Asia once again failed to find a uniform direction.

In Japan, the Nikkei was able to initiate a countermovement after the previous day’s losses and make gains: With a plus of 0.67 per cent, it went into the evening at 29,499.28 points. Meanwhile, the bears dominated the Shanghai stock exchange, sending the Shanghai Composite down 0.24 per cent to 3,584.18 points. In Hong Kong, meanwhile, the Hang Seng closed 0.24 per cent higher at 24,744.96 points.

In Japan, the market was supported by slightly positive Wall Street and a weaker yen. Tea stocks also traded higher, and their recovery also supported prices. In the region, investors’ eyes were on Korea, where the Bank of Korea decided on interest rates. The central bankers raised the key interest rate by 25 basis points to 1.00 per cent, which the market had expected after the central bankers had already raised rates in August. Because of further rising consumer prices, the central bank also raised its inflation forecasts.

Meanwhile, Credit Suisse analysts issued warnings that China and Hong Kong equities are facing headwinds – the experts point to tighter monetary policy, increasing defaults in the real estate sector and the ongoing regulatory crackdown on new economy sectors as reasons. Meanwhile, the Chinese central bank has again pumped liquidity into the market. The move is intended to keep liquidity within the banking system reasonably stable.

The European stock exchanges gained slightly on Thursday. The EuroSTOXX 50 rose slightly at the start and remained in the profit zone over the day. It left the trading session with a gain of 0.4 per cent at 4,293.24 points.

The DAX started slightly higher, after falling back to the zero line in the early afternoon, it gained slightly again at the close of trading. It ended the trading day up 0.25 per cent at 15,917.98 points. The TecDAX also already gained initially and exited trading 1.1 per cent higher at 3,870.27 points.

The focus was on numerous economic data from the eurozone. Nothing has changed in the fundamental environment: The increasing restrictions due to the reported corona-positive figures in parts of Europe continued to cause restraint, as did the inflation debate in the ranks of the US Federal Reserve. The latter has recently adopted a more hawkish tone, which has weighed on the bond markets and the euro.

The situation in the oil markets calmed down somewhat today, and oil prices fell slightly. After the release of strategic oil reserves by large consuming countries like the USA, everything on the oil market revolves around the reaction of the producing countries. It is questionable whether the oil association Opec+ will maintain its course in the summer and continue to increase its production by 400,000 barrels per month. In the end, Brent fell 15 cents to 82.08 US dollars, and WTI declined by 36 cents to 78.03 dollars.

The gold price hovered around the $1,790 per troy ounce mark, not making any major moves in any direction.

Researchers at the Nuremberg-based consumer research company GfK have dampened the outlook for the upcoming Christmas season due to the influences of the renewed corona panic and comparatively high inflation. “The consumer climate is currently being squeezed from two sides,” said GfK consumer expert Rolf Bürkl in Nuremberg on Thursday. He added that propensity to buy had fallen to a nine-month low – a lower level was last recorded in February 2021. In the current GfK consumer survey, the economic expectations indicator fell for the second time in a row. This means it is still higher than a year ago when Germany went into a long winter lockdown. But it is also clearly below the value of the summer of this year. Bürkl blamed the weaker development on semiconductor and supply chain bottlenecks, among other things. For consumer electronics products and cars, this means that production has to be curtailed. Germans’ expectations about the development of their incomes had also fallen to the lowest level since April. Production cutbacks, some of which lead to short-time work, are another reason for this. A second reason is an inflation, which leads to reduced purchasing power.

The German economy grew somewhat weaker in the third quarter than initially assumed. Gross domestic product rose by 1.7 per cent in the period from July to the end of September compared to the previous quarter, as the Federal Statistical Office announced on Thursday. In a first estimate, the Wiesbaden-based authority had assumed a plus of 1.8 per cent. Compared to the fourth quarter of 2019, i.e. the level before the corona crisis, economic output was 1.1 per cent lower. Europe’s largest economy was vastly driven by private consumption, which grew strongly by 6.2 per cent. On the other hand, supply bottlenecks left their mark: exports and corporate investments in equipment such as machinery fell compared to the previous quarter. Economists expect the German economy to slow down considerably towards the end of the year due to supply bottlenecks and the worsening of the Corona infection situation and probably not to grow in the fourth quarter.