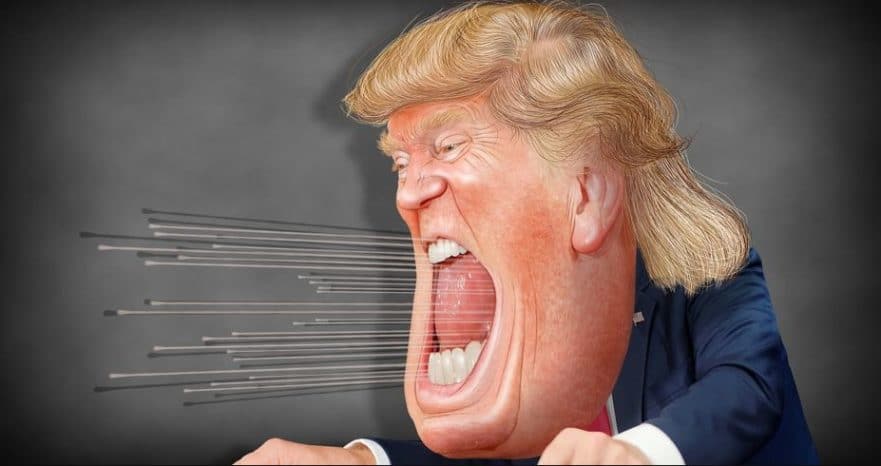 It was again a turbulent day on the international stock exchanges, which amazed even experienced market participants.

The corona pandemic is hitting the US job market in record speed. Last week, 3.283 million Americans made their first application for unemployment benefits, according to the Labour Ministry in Washington on Thursday. The number has thus increased tenfold from 282,000 the previous week.

The previous record was registered in 1982 with 695,000. The initial applications are considered an important “real-time indicator” of the economic situation, as they are only published with a delay of one week.

Nevertheless, after the extremely weak data from the US labour market, Wall Street turned massively positive and also pulled other stock market indices with it. The disastrous data from the labour market shows on the one hand how seriously the corona crisis has hit the US – and on the other hand, immediately arouses desires for more than the 2 trillion dollars that the government in Washington has already mobilized to fight the crisis. Everything seems possible on the stock market at the moment.

If the stock markets remain in the black, this would indicate that market participants expected a more extensive economic or financial package from the government than the agreed $2 trillion, some market strategists said.

Wall Street climbed strongly on Thursday. The US leading index Dow Jones 30 Industrial ended the trading day with a plus of 6.38 per cent at 22,552.17 points. At the start of trading, the index was up 1.26 per cent to 21,468.38 but has consistently increased its gains throughout the day. Shortly before the close of trading, the index once again rose much faster. The technology-heavy NASDAQ Composite was also able to post significant gains and closed the session at 7,797.54 points.

In late trading, statements by Fed Chairman Powell gave the indices tailwind that the US Federal Reserve was working on a credit program for small businesses and would soon present it. Earlier, US Treasury Secretary Mnukhin had already said that this program is as easy as withdrawing money and thus pleases investors.

European stock exchanges recorded gains on Thursday. After posting high losses shortly after the start of trading, the EuroSTOXX 50 was able to make up for its losses over the day and even turn positive. It closed 1.70 per cent higher at 2,847.78 index units.

Given the dynamics of the movement on Wall Street, the Dax also rose significantly in the afternoon, ultimately closing up by as much as 1.3 per cent at 10,000.96 points. At the low for the day, the stock market barometer had fallen to just over 9,500 points before the turnaround set in early afternoon. This means that, because of the corona distortions, fluctuations of several hundred points are still the daily bread of the stock market.

Oil prices fell on Thursday. The economic consequences of the current Covid-19 crisis are becoming increasingly evident and are dampening demand for crude oil. Most recently, a barrel of North Sea Brent cost USD 26.63, 76 cents less than on Wednesday. The price for a barrel of the American WTI variety fell by 1.31 dollars to 23.19 dollars.

The gold price rose and thus remains robust at a high level and above the $1,600 an ounce mark.

Most of the major cryptocurrencies also recorded gains today. XRP rose sharply by over 8 per cent to currently $0.1740 while Bitcoin increased by just 0.5 per cent to $6,710 and Ethereum by almost 1 per cent to $138.

GfK consumer climate as bleak as during the GFC

The Corona crisis is pushing consumer sentiment in Germany to its lowest level since the financial crisis. For April, the GfK market researchers forecast on Thursday that their consumer climate barometer would fall by 5.6 points to 2.7 points. The last time the value was lower was in May 2009, when economists surveyed by Reuters had only expected a decline to 7.1 points. The sharp rise in infections and the restrictions associated with them had led to the sudden slump, the Nuremberg researchers explained.

The rapid decline of the Boeing share in the recent stock market crash was followed on Thursday by a continuation of the impressive recovery.

This is due not least to the hope of government aid. The paper of the badly shaken US aircraft manufacturer, which fell to a seven-year low of USD 89 just over a week ago, climbed 13.75 per cent to USD 180.55 on the NYSE by the end of trading. At its peak, the stock climbed to $186.48 during trading. However, there is still a long way to go to the pre-crisis level of around USD 336.

The Austrian IT company S&T has generated more than one billion euros in sales for the first time. Last year, revenues climbed by 13 per cent to 1.12 billion euros. EBITDA increased by 23 per cent to almost 112 million euros. S&T wants its shareholders to participate in this increase. Despite the coronavirus pandemic, the dividend is to rise to 19 cents per share from 16 cents per share. However, due to the uncertainties surrounding the Covid 19 outbreak, S&T withdrew its forecast for 2020 and will not venture an outlook until the next quarterly figures are published.