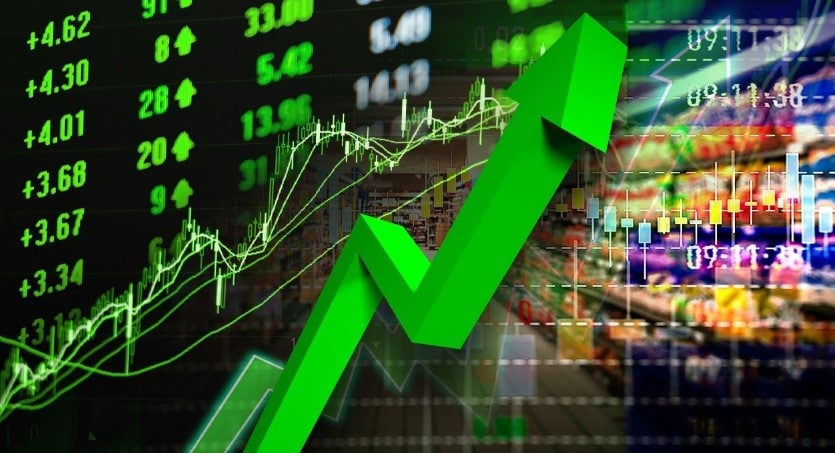 On Wall Street, investors took profits before Federal Reserve Chairman Jerome Powell’s speech. The stock market rally that lasted for days has thus come to an end, at least in the short term.

Of course, the looming end of the ultra-expansive interest rate regime of the US Federal Reserve (Fed) was once again the big topic on Wall Street. For most investors, it is clear that “tapering” will start soon. The only question is how and when.

However, most stock market players expect the actual decision on the exact start of “tapering” to be made at one of the upcoming Fed meetings, perhaps as early as the end of September. Reports of an explosion at Kabul airport also caused uncertainty in the course. Many people were killed, including US soldiers.

US stock markets moved slightly away from their record highs today.

The market sentiment was weighed down by a series of attacks at Kabul airport that apparently killed several US soldiers. There was also talk of further explosions in the Afghan city.

Investors’ eyes were also on economic data released in pre-market trading on Thursday. Weekly initial jobless claims rose slightly. Meanwhile, growth in the US economy in the second quarter was revised slightly upwards.

In addition, the central bankers’ meeting in Jackson Hole moved into the focus of investors. Market participants are mainly waiting for the speech by US Federal Reserve President Jerome Powell on Friday.

While the previous day’s guidance from the US was positive, rising vaccination rates also diminished fears that the high infection figures could set the economy back, according to the tenor of trading. Meanwhile, investors’ eyes were already on the Federal Reserve meeting in Jackson Hole, which will begin later in the day. US Fed Chairman Jerome Powell will speak there on Friday.

The German stock market was also weighed down by the somewhat negative market sentiment. At the end of trading, the Dax was 0.42 per cent lower at 15,793.62 points, while the TecDAX went into closing time down 0.63 per cent at 3,884.92 points.

European investors were also cautious ahead of the meeting of central bankers, which begins today (Thursday) in the USA. Tomorrow, Fed Chairman Jerome Powell is expected to speak – and possibly provide new insights into the monetary guardians’ further course of action.

After several days of rising to its highest level since mid-August, the euro weakened somewhat on Thursday. In the evening, 1.1753 US dollars were paid for the euro on the foreign exchange market after it had previously traded at the peak of 1.1779 dollars.

After the price gains of the past few days, oil prices have weakened today. Oil prices were mainly burdened by the appreciation of the dollar. Both Brent oil from the North Sea and WTI from the United States lost around 90 cents to 71.36 US dollars and 67.50 dollars, respectively.

Similarly, precious metals prices remained under pressure. The price per troy ounce of gold dipped as low as $1,779 but ultimately closed at $1,793, almost unchanged from the previous day’s close.

Cryptocurrency prices also went downhill significantly. Bitcoin and Ethereum fell 2.8 per cent to $47,400 and $3,133, respectively, while other top tier coins and tokens dropped even sharper. Cardano (ADA), Binance Coin, XRP, Polkadot and Uniswap all declined by over 5 per cent, but Solana managed to score a 12.2 per cent gain to $82.

The export expectations of the industry in Germany, presented by IFO, fell in August to 16.6 points from 23.1 in July. “Sentiment has deteriorated noticeably among German exporters,” the IFO Institute reported. “Overall, however, German exports are still doing very well.”

Initial jobless claims for unemployment benefits in the United States increased slightly in the week ending 21 August. Compared to last week, the number of claims rose by 4,000 to 353,000, according to the US Department of Labour in Washington. Economists interviewed by Dow Jones Newswires had predicted an increase to 350,000.

The US economy’s growth in the second quarter has been revised up a notch. As the Commerce Department reported in a first data revision, the gross domestic product grew by 6.6 per cent on an annualised basis compared to the previous quarter. Economists surveyed by Dow Jones Newswires had expected GDP to rise 6.7 per cent after the Commerce Department reported a 6.5 per cent gain in an initial estimate. In the first quarter, the economy in the USA grew by 6.4 per cent.

The ongoing lockdowns, restrictions and rising prices are depressing consumer sentiment in Germany. GfK’s consumer researchers posted a decline in their consumer climate indicator for September to minus 1.2 points from a revised minus 0.4 (preliminary: minus 0.3) points in the previous month versus 0.8 points expected.