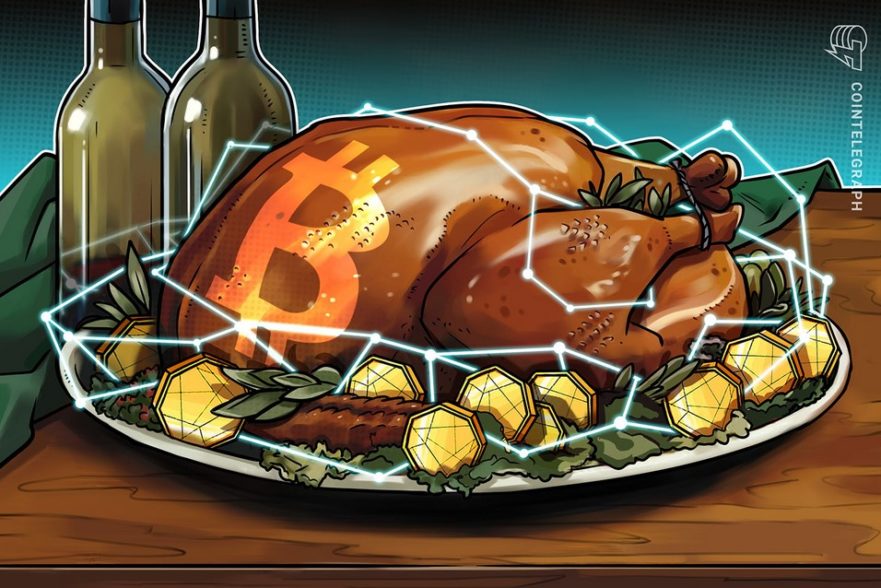 Without Wall Street, the world’s most important source of impetus for the stock markets, investors in the rest of the world often also keep their feet still. Since in the USA today, Thanksgiving was celebrated there were hardly any major impulses at the stock market, and investors did not place any aggressive bets. However, the cryptocurrency market went on another wild ride again today, this time correcting lower after the strong gains in the previous days.

No trading on Wall Street today due to the Thanksgiving holiday.

The market movements were overall not very pronounced as traders from the US have been missing due to the public holiday. On traders’ focus was still the coronavirus, vaccine hopes, and everything else concerning these topics. In the Far East, too, corona infection figures are currently on the rise again, so that renewed measures need to be taken.

The European stock markets rose slightly on Thursday, but there were no major movements during low impulse trading. The EuroSTOXX 50 hovered around the zero line throughout the day and finally rose by 0.13 per cent to 3,516.42 units.

In Germany, too, there was a rather moderate increase. Without the US American market, there was a lack of significant impulses and market participants. The Dax 30 closed marginally 0.02 per cent lower at 13,286.57 units. The TecDAX finally recorded significant gains of 1.17 per cent to 3,085.48 points after a somewhat firmer start to the meeting.

The extension of the partial lockdown was already widely expected and didn’t affect trading. Also, US company Moderna announced the evening before that delivery of the COVID-19 vaccine would be possible as early as December.

After initial gains on the Forex market, the euro has come under renewed pressure. By the end of the trading day, the price of the common currency had fallen to 1.1905 dollars, only slightly above the daily low of 1.1885 US dollars. Before this, the euro had risen to around 1.1941 US dollars, its highest level since early September.

Oil prices took a bit of a break on Thursday after their recent high. The day before, prices had risen to their highest level since March, but today a barrel of North Sea Brent cost 90 cents less at 47.71 US dollars. West Texas Intermediate US Oil fell by 73 cents to 44.98 US dollars.

On the commodities and precious metals market, the trading ranges were kept pretty tight. The gold price fluctuated between $1,807 and $1,818, ultimately closing at $1,810.

After the widely anticipated 20-30 per cent correction for many of the top cryptocurrencies yesterday, the digital asset space found their floor and consolidated today. Bitcoin, however, slid 2.8 per cent to $17,100, while Ethereum returned to $522, a 0.6 per cent increase compared to the previous day. XRP fell as low as $0.4550, before it took a u-turn to $0.55, gaining 4.04 per cent on the daily.

Sales in the German economy had almost returned to their pre-crisis level before the partial lockdown began in November.

Seasonally and calendar-adjusted sales in industry, construction, retail and services in October were 1.5 per cent higher than in the previous month. “Sales have thus risen continuously since the low point in April 2020 and almost reached their pre-crisis level in October 2020,” the Federal Statistics Office announced on Thursday. It was only 0.3 per cent lower than in February, the month before the start of the restrictions imposed by the corona pandemic in Germany.

For the end of the year, however, there are signs of a setback, especially since the lockdown restrictions will continue and even be extended.

The restrictions of the “lockdown light” have noticeably dampened consumer sentiment in Germany. GfK’s consumer researchers calculated a decline in their consumer climate indicator for December to minus 6.7 from a revised minus 3.2 points in the previous month. The downturn was thus more marked than expected. Initially, they had reported a figure of minus 3.1 points for November. On this basis, the economists surveyed by Dow Jones Newswires had only assumed a decline to minus 5.5 points for December.

The US Federal Reserve has given indications of a possible adjustment of its bond purchases in the Corona crisis.

Many participants had the opinion that the Fed would soon improve its guidelines (“guidance”) for the purchase of securities, according to minutes published on Wednesday, the meeting of the Open Market Committee on 4-5 November. There is no immediate need for changes in the pace and composition of purchases at this time. However, changing circumstances may make such adjustments necessary.

At its meeting immediately after the US presidential election, the Federal Reserve confirmed its very loose monetary policy. The key interest rate was left untouched and left in a range of 0 to 0.25 per cent. Securities purchases and credit programs were continued. The next regular Fed meeting will take place on December 15-16.

The President of the US Federal Reserve, Jerome Powell, has also dampened hopes of a rapid recovery of the US economy following recent progress in the development of an effective corona vaccine. The US economy still would have “a long way to go” before it can fully recover from the corona pandemic, Powell said, repeatedly calling on politicians to take action.