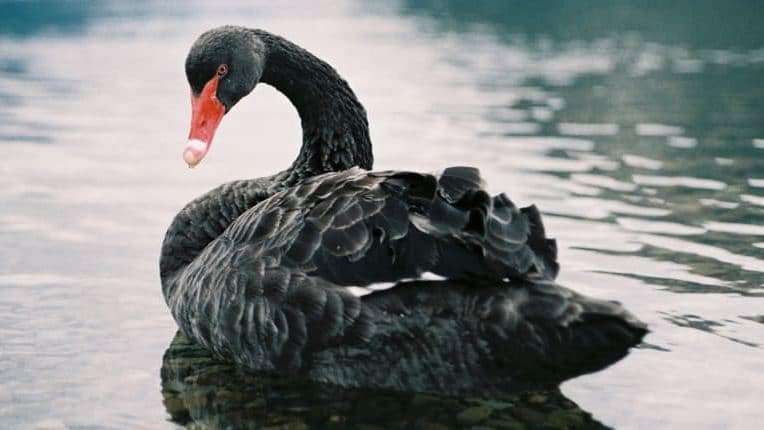 After the possible effects of the coronavirus were underestimated on the stock markets for a long time, the opposite now seems to be the case. Markets are collapsing worldwide, and the sell button is being pressed in panic all over the globe.

The coronavirus appears to be the Black Swan event that could trigger a recession that many critics have forecasted for a while.

The stock market is currently highly volatile. The enormous fluctuations are evidence of the extreme uncertainty of investors since nobody knows at this time whether a worldwide pandemic of the coronavirus is coming or whether it will be possible to prevent it from spreading after all. Nevertheless, serious economic effects are already becoming apparent. After Apple and Microsoft, investors now fear that many more profit warnings will hail from other companies. The scenario of an economic upswing this year thus seems to have been quietly and secretly shelved.

Wall Street collapsed again on Thursday. The Dow Jones continued to slide after already opening deep in the red. It ended trading at 25,761.18 points, down 4.44 per cent. The NASDAQ Composite index of tech stocks also posted a significant loss at the opening of trading and continued to hold steady at this level. It closed 4.61 per cent below its level of the previous day at 8,566.48 points.

Fear of the consequences of the Covid-19 spread continues to weigh on sentiment in the Japanese equity market. Japan’s leading index, the Nikkei 225, closed Thursday down 2.1% to 21,948 points. Investors around the globe fear an economic downturn because of numerous temporarily closed factories in China and partly extensive travel restrictions. The Hang Seng in Hong Kong fell by more than half a per cent. Meanwhile, mainland China’s stock exchanges are defying the virus concerns: the CSI 300 index, which comprises the 300 most important shares on the Chinese mainland stock exchanges, rose by around half a per cent against the global trend.

Europe’s stock markets fell sharply on Thursday. The EuroSTOXX 50 dropped noticeably in early trading and remained in the loss zone for the rest of the day. It closed the day with a discount of 3.40 per cent to 3,455.92 index units.

The German stock market also posted heavy losses on Thursday. Already starting the session deep in the red, it came under greater pressure during the day. It ended trading with a loss of 3.19 per cent at 12,367.46 points. The TecDAX also showed significant losses in early trading and remained at this level afterwards. It closed 3.33 per cent weaker at 2,942.21 points.

The euro fell back below the USD 1.10 mark in late US trading on Thursday. Shortly before the close of trading on New York’s Wall Street, the euro cost $1.0988. The European Central Bank had set the euro reference rate in Frankfurt in the afternoon at 1.0964 (Wednesday: 1.0875) dollars. Not only the euro but also many other currencies appreciated considerably against the dollar. This was triggered by increasing speculation that the US central bank (Fed) will cut interest rates, as the spread of the virus is expected to harm the economy.

The gold price remained exceptionally stable in the face of ongoing economic worries and was able to gain slightly again today. Currently, the troy ounce of gold costs $1,647.

Cryptocurrencies were also more stable today, Thursday. Bitcoin remained at $8,800, the same level as the previous day, while Ethereum rose by a good 1 per cent to $227. The third-largest digital asset by market capitalisation, XRP, also made up ground, rising over 3 per cent to $0.24.

The coronavirus is giving the world’s largest beer brewer AB Inbev a hard time. The consequences of the novel virus have weighed heavily on earnings in the first few months and will have a significant impact on first-quarter results. This comes at the worst conceivable time, as profits were already under pressure in 2019 due to high raw material costs. The figures and the outlook were poorly received on the stock market. The share of the EuroStoxx-50 heavyweight lost significant value.

In the first quarter, the earnings before interest, taxes, depreciation and amortisation (Ebitda) will decrease by about ten per cent compared to last year’s figure of about five billion dollars, the brewer of well-known global brands such as Beck’s, Budweiser, Corona and Stella Artois announced.

The share of the medical and care products manufacturer Paul Hartmann is increasing considerably. Investors have realised that the company produces, among other things, breathing masks and the disinfectant Sterillium, which is currently sold out almost everywhere.