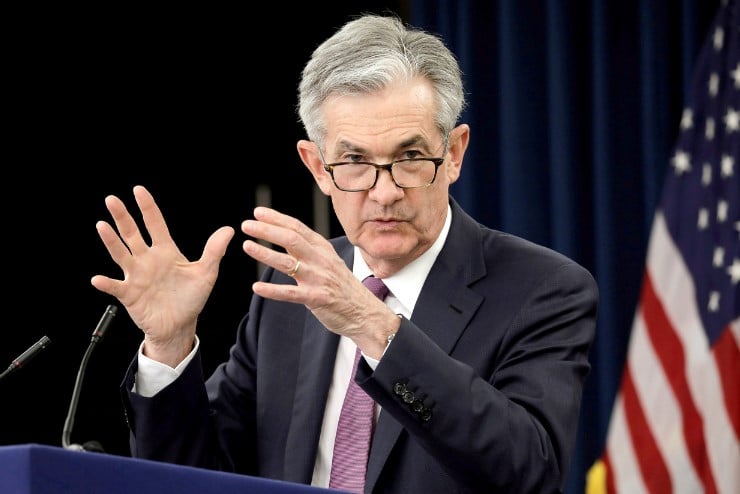 On the day of the Fed’s first virtual Jackson Powell Symposium, the stock markets went wild as expected. Not all stock markets picked up equally after Jerome Powell announced as expected that the Fed will loosen up a bit more than it already did.

Nevertheless, bank boss Powell has delivered with his new monetary policy objective, because it was already expected in advance that in future it would no longer be a concrete inflation rate but an average value.

In essence, the Fed is now changing its monetary policy orientation in that it is giving priority to the creation of new jobs rather than rigidly combating inflation. The central bankers call this flexibility. The bank is aiming for an average inflation target of 2 per cent over time, which could also be exceeded moderately in the meantime. Being more precise and in keeping with the best central bank tradition, the Fed is thus keeping all doors open because of the ongoing severe crisis in America.

According to its chief economist Philip Lane, the ECB cannot simply accept inflation rates below its target. This is also at 2 per cent. “This is costly because, of course, lower inflation and lower inflation expectations raise real interest rates and are not good for the recovery,” he said at the Fed’s conference in Jackson Hole. The ECB is, therefore, as always, ready to adjust all its instruments. The pandemic shock is also a negative shock for inflation dynamics.

This time, almost no attention was paid to initial applications and ongoing unemployment benefits, although these deteriorated again. Also, the GDP in Q2, which was reported at -31.7 per cent, a dramatic result which was expected to be even worse, was hardly considered in today’s trading.

Despite the Fed’s promise to provide an almost infinite amount of money, Wall Street presented a mixed picture.

After much speculation, the Fed announced details of the new monetary policy framework in the afternoon. Meanwhile, US GDP in the second quarter was not quite as bad as expected, but still very bad.

The most important stock exchanges in Asia experienced a similar development than in the US, and the stock markets developed in different directions. In Tokyo, the Japanese Nikkei closed 0.35 per cent lower at 23,208.86 index points.

The conflict between China and the US still caused traders to caution, as the US imposed new sanctions on Chinese companies. This was a reaction to China’s territorial claims in the South China Sea.

The eagerly awaited speech by Fed President Jerome Powell only briefly set the tone on the financial markets, as the Fed adjustment was already priced into the markets. Powell stated that the Fed would allow inflation to exceed 2 per cent in the event of an economic recovery.

The euro exchange rate experienced temporary but wild up and downswings on the day when the US Federal Reserve’s historic decision was made. The common currency first rose rapidly on the Forex market, but then briefly went into retreat just as rapidly. On balance, the euro exchange rate was then more or less back in neutral territory. At its peak, it rose sharply to 1.19 US dollars, and about an hour later, at its low, it was down to 1.1763 US dollars. In the end, the euro is traded at 1.1824 US dollars.

Meanwhile, Hurricane Laura is causing a stir on the oil market. The hurricane reached the coast of Louisiana with wind speeds of up to 240 kilometres per hour and is located about 70 kilometres east of Port Arthur in Texas, where several oil refineries are located. Prices are currently consolidating, but remain at a high level with the barrel of Brent, for example, at USD 45.10, 52 cents less than the previous day. The price for a barrel of West Texas Intermediate oil (WTI) fell by 47 cents to 42.93 US dollars.

The gold price went on a similarly dramatic roller-coaster ride like the euro, shooting up from $1,930 to $1,973 in just minutes and then collapsing as low as $1,909 only another few minutes later. The price pump and dump occurred when Jerome Powell announced the new “unlimited money-printing-strategy” of the Fed. At the close of NY trading, the troy ounce gold was traded almost unchanged on the daily chart at around $1,930 again.

The cryptocurrency market was signalling a lot of red, despite the Fed’s decision that should weaken the US dollar. Bitcoin fell by 0.7 per cent to $11,300, Ethereum declined only marginally by 0.2 per cent to $385 while XRP took a deeper plunge with a loss of 4.5 per cent to $0.2650.

The second-largest memory chip manufacturer in the world goes public. The volume of the share issue planned for October 6 can be up to 3.6 billion dollars, according to the securities prospectus. This would make it the largest IPO in Japan this year.

Kioxia intends to place 95.5 million shares for 3960 yen. This means that the company, which was bought out of the Toshiba Group in 2018 by a consortium around the US financial investor Bain Capital, will be valued at around 20 billion dollars. Bain wanted to bring Kioxia to the stock exchange as early as 2019 but has postponed his plans due to poor market conditions. The flash memory chips produced by Kioxia are needed for cloud services, data centres and artificial intelligence, among other things.

British online retailer The Hut Group (THG) wants to become the first major newcomer to the London Stock Exchange since the beginning of the corona crisis. The company wants to collect the equivalent of at least one billion euros (920 million pounds), THG announced on Thursday. At least 20 per cent of the company, which is valued at around 4.5 billion pounds, is to be floated on the stock exchange.

Like Amazon & Co, THG is profiting from the online shopping boom during the Corona Pandemic. Sales and profits have risen sharply in the first half of the year, the company explained. In 2019, revenues increased by 24.5 per cent to 1.1 billion pounds. In the medium term, they are expected to grow by 20 to 25 per cent.

The Dax newcomer Delivery Hero has paid the order record during the Corona pandemic with deep red numbers. The bottom line in the first half of the year was a loss of around 443 million euros in continuing operations, more than twice as much as a year earlier. Nevertheless, the delivery service is continuing its shopping tour around the world. The company has acquired the online food marketplace Instashop from Dubai, which operates its business in the Middle East and North Africa. Instashop is valued at 360 million US dollars (305 million euros).