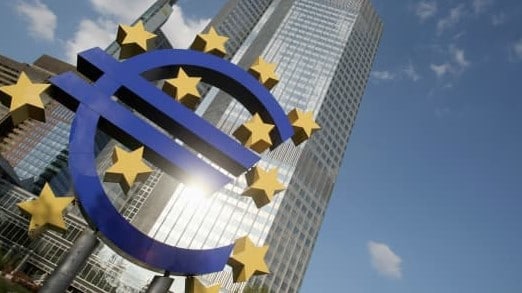 In addition, investors are now optimistic that weaker economic growth could alleviate some of the monetary policy pressure the Fed is under due to high inflation. Its interest rate decision is scheduled for next week.

The European Central Bank (ECB) meeting did not provide any lasting impetus for Europe’s stock markets today. The monetary guardians are sticking to their course of cheap money. The ECB Council will not decide until December how to proceed with the multi-billion bond purchases. ECB chief Christine Lagarde still considers the current surge in inflation to be only a temporary phenomenon.

Investors in the USA took advantage again on Thursday and turned to risk-on. The Dow Jones extended its initial gains intraday and finished 0.67 per cent higher at 35,730.22 points. The tech index NASDAQ Composite went into the evening with a plus of 1.39 per cent to 15,448.12 index points.

Positive quarterly figures from US companies were the main boost. Merck & Co, Caterpillar and Ford exceeded expectations. Ford shares jumped by almost 10 per cent, while Merck & Co shares gained around 4 per cent, and Caterpillar shares rose by almost 3 per cent.

Trade with Best Trading Platforms for European Traders in 2021

In Asia, the markets trended downwards. In Japan, the Nikkei benchmark index posted a loss of 0.96 per cent at 28,820.09 points on Thursday. Among other things, the index was depressed by the firmer yen. On the Shanghai stock exchange, the leading index Shanghai Composite ultimately fell 1.23 per cent to 3,518.42 units, while the Hang Seng was down 0.28 per cent to 25,555.73 points in Hong Kong by the end of trading.

The background to this was the negative performance of the US stock markets. The fact that the Japanese central bank lowered its growth outlook, primarily due to supply chain problems, also negatively impacted. The central bank left the key interest rates unchanged.

The European stock markets were almost unchanged on Thursday. The EuroSTOXX 50 began the new trading day virtually unchanged and closed 0.19 per cent higher at 4,228.81 points.

The DAX opened the Thursday session on the Frankfurt market with a small minus and ultimately closed 0.05 per cent lower at 15,698.15 points on the DAX board. The TecDAX, meanwhile, gained 0.6 per cent to 3,836.75 points after starting the day little changed.

Investors’ attention was focused on Thursday on numerous quarterly reports and the meeting of the European Central Bank (ECB). The ECB intends to maintain its ultra-loose monetary policy, and the key interest rates will remain unchanged.

On Thursday, the euro was given a boost by the interest rate decision of the European Central Bank. The rate of the European single currency rose to 1.1686 US dollars. In European midday trading, less than 1.16 dollars was paid at times before the decision was announced.

Oil prices remained under pressure today. They thus moved away from their recently reached multi-year highs. Most recently, a barrel of North Sea Brent traded for 83.71 US dollars, 89 cents less than the previous day. The barrel price for WTI fell by 74 cents to 81.95 dollars. Russia’s announcement also caused falling oil prices that it would soon supply more natural gas to Europe. The background is the current shortage of natural gas, which has driven up gas and oil prices. Crude oil can be used in part as a substitute for natural gas.

Cryptocurrencies turned bullish again after yesterday’s flash-crash – or shall we call it a flash-correction. It wasn’t all rainbows and butterflies, though: Bitcoin rose from $58,000 to almost $62,000 before dropping like a hot potato to $57,000 in only minutes. However, BTC eventually returned above the $60,000 level, while Ethereum traded much steadier, rising 7.3 per cent to $4,265. BNB rose 8.3 per cent to $490, ADA added 2.1 per cent to $2, Solana increased by 7.4 per cent to $196, and XRP gained 5.5 per cent to $1.06. Meanwhile, the Shiba Inu rally ended with a 15 per cent correction, triggering the next upward move of its meme competitor Dogecoin, which eventually rose by 27 per cent.

According to the central bank, Japan’s economy will grow less than expected in the current fiscal year. As the Bank of Japan (BoJ) announced on Thursday after two days of consultations, the gross domestic product (GDP) is expected to grow by 3.4 per cent year-on-year in the fiscal year that runs until 31 March. Previously, the central bank had forecast growth of 3.8 per cent. Against this background, the monetary guardians decided to keep the monetary policy reins extremely loose.

Unemployment in Germany fell more significantly than expected in October. According to the Federal Employment Agency, the seasonally adjusted number of unemployed fell by 39,000 compared to the previous month. Economists had expected a drop of only 20,000. The unemployment rate fell as expected to 5.4 (September: 5.5) per cent.

Inflationary pressure in Germany increased again in October. According to the Federal Statistical Office, the Harmonised Index of Consumer Prices (HICP) rose to an annual rate of 4.6 (September: 4.1) per cent versus 4.5 per cent forecasted. Compared to the last month, the index increased by 0.5 per cent. Economists had expected an increase of 0.5 per cent.

The US economy lost more momentum than expected in the third quarter.

As the Department of Commerce announced in an initial release, the gross domestic product between July and September grew by only 2.0 per cent quarter-on-quarter and annualised versus 2.8 per cent expected.

The number of initial claims for US unemployment benefits decreased in the week ending 23 October. Compared to the previous week, the number decreased by 10,000 to 281,000, according to the US Department of Labour. That is the lowest level since the week ended 14 March 2020. Economists surveyed by Dow Jones Newswires had predicted a drop to 289,000.