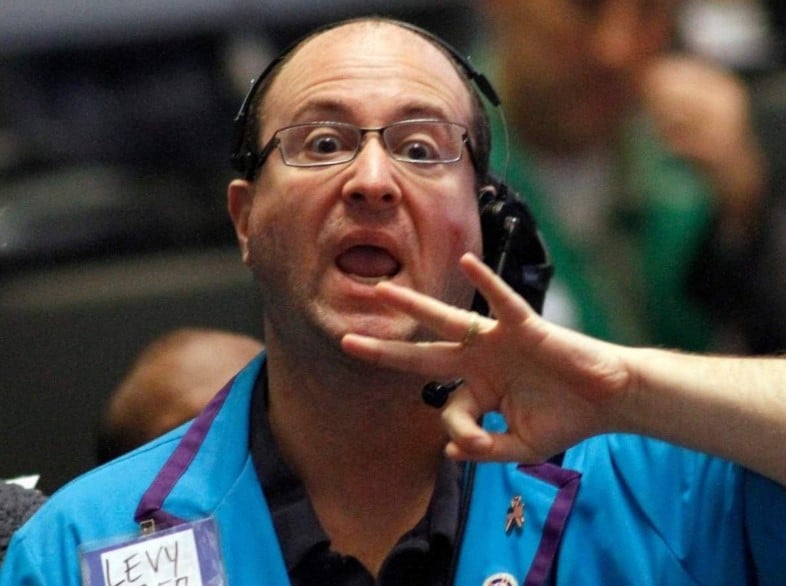 The Biden plan and billions in profits from the three “big techs”, Facebook, Apple and Amazon, gave Wall Street new momentum today. There was a veritable round of figures with outstanding sales and profit figures for the first quarter.

US President Joe Biden promised the highest economic growth “in nearly four decades” in his speech on Thursday night. The Democrat touted his two-trillion-dollar infrastructure package called the “American Jobs Plan”: “It’s the biggest plan for jobs since World War II.” He said it would modernise the country, create millions of well-paying jobs and at the same time make an important contribution to the fight against climate change. In addition, the US Federal Reserve is sticking to its ultra-loose monetary policy. The Fed does not yet consider the recovery of the economy sufficient to justify monetary tightening.

Economic optimism is also reflected in commodity prices. Oil prices, but especially the price of copper, which climbed to a ten-year high of 10,008 dollars per tonne, rose enormously today.

The Dow Jones started trading slightly higher and was then able to gain further, but then fell back to the zero line. However, at the close of trading, it was up again by 0.72 per cent to 34,062.60 points. Meanwhile, the NASDAQ Composite started much stronger and climbed to a new record high at times, but then gave up parts of its gains and ended the day up 0.22 per cent at 14,082.55 points. The S&P 500 also managed to jump to a new all-time high in the meantime.

The Federal Reserve reaffirmed its extremely loose monetary policy the previous evening. At the same time, the central bank spoke out in favour of maintaining this policy for the time being. Market participants had previously expected signals of an imminent tightening of monetary policy because of the inflation trend. Nevertheless, the Fed could still be forced to tighten sooner than planned, market participants said.

That US President Joe Biden reiterated tax increases in the evening but emphasised job creation and economic stimuli worth billions also had a relaxing effect.

Asian stock markets appreciated in the wake of Wall Street and after the Fed meeting on Wednesday evening.

The Japanese benchmark index Nikkei ended Wednesday’s trading 0.21 per cent higher at 29,053.97 points. There was no trading in Tokyo today due to a public holiday. On the Chinese mainland, the Shanghai Composite finally gained 0.52 per cent to 3,474.90 points. Meanwhile, the Hang Seng climbed 0.80 per cent to 29,303.26 points on Hong Kong’s stock exchange.

The US Federal Reserve contributed to the friendly mood by reaffirming its extremely loose monetary policy, as already expected, until it sees its goals sustainably achieved.

The European stock exchanges ran into the red today against the trend. The EuroSTOXX 50 index was in the red all day and ended the day 0.45 per cent lower at 3,996.90 points.

The German stock market was also weaker on Thursday. The DAX gained only slightly at the start of trading but gave up its gains shortly afterwards and then traded well in the red. In the evening, it left the session 0.90 per cent weaker at 15,154.20 points. The TecDAX was also down after starting the day slightly higher. It ended the trading session 0.68 per cent weaker at 3,489.10 points.

In Germany, market participants’ focus was mainly on the flood of mixed quarterly reports, including the DAX company BASF and the pandemic-hit MDAX giants Airbus and Lufthansa.

The euro continued to hold its ground in US currency trading on Thursday. The European single currency was last traded at 1.2125 US dollars. The Fed’s further course continues to weigh on the greenback on the foreign exchange market.

Today, oil prices benefited from the economic recovery in major countries around the world, eclipsing the corona crisis in countries such as China and Japan. Above all, the recovery in China and the USA is supporting oil prices. A barrel of Brent oil rose by 1.07 dollars to 68.34 US dollars. West Texas Intermediate (WTI) increased by 90 cents to 64.76 dollars per barrel.

The gold price came under selling pressure today but was able to stabilise later on. The troy ounce was sold for $1,776 by the close of Wall Street.

Cryptocurrencies continued to consolidate, and values were reshuffled between some of the different digital assets. This way, Bitcoin lost 1.5 per cent to $53,500, sending the BTC market dominance down a further 0.7 per cent to 47.6 per cent in total. Ethereum, on the other hand, appreciated 0.9 per cent to $2,743, while Binance Coin shot up 6.7 per cent to $603. XRP continues to oscillate around the $1.40 mark, getting itself ready for the next leg up.

Germany’s import prices experienced a strong price surge in March, mainly due to energy prices, which significantly exceeded experts’ expectations. As officially announced by the Federal Statistical Office, the index of import prices rose by 1.8 per cent compared to the last month. Economists interviewed by Dow Jones Newswires had forecast an increase of only 0.9 per cent. Year-on-year price increases of 6.9 per cent were registered for March. This is the highest rate since April 2011.

Economic sentiment in the eurozone continued its strong recovery in April, exceeding expectations. The composite economic sentiment index published by the European Commission rose sharply to 110.3 points from 100.9 in the previous month. Analysts had only expected the index to rise to 102.0 points.

The level of consumer prices in Germany continued to rise in April. The Federal Statistical Office calculated an annual inflation rate of 2.0 per cent for the month based on preliminary data, as the Wiesbaden-based authority announced on Thursday. Inflation has risen steadily since the beginning of the year. In January, the inflation rate was 1.0 per cent, in February, it was 1.3 per cent, and for March 2021, the statisticians had calculated 1.7 per cent.

The number of initial jobless claims in the United States fell more weakly than expected in the week ending 24 April, while the previous week’s figure was revised upwards. Compared with last week, the number of claims fell by 13,000 to 553,000 on a seasonally adjusted basis, according to the US Department of Labour in Washington.

Despite the consequences of the corona crisis, the US economy picked up surprisingly strongly at the beginning of the year. Gross domestic product rose at an annualised rate of 6.4 per cent from January to March, according to an initial estimate released by the Commerce Department in Washington on Thursday. Experts polled by Reuters had expected a gain of only 6.1 per cent, following a 4.3 per cent increase at the end of 2020.