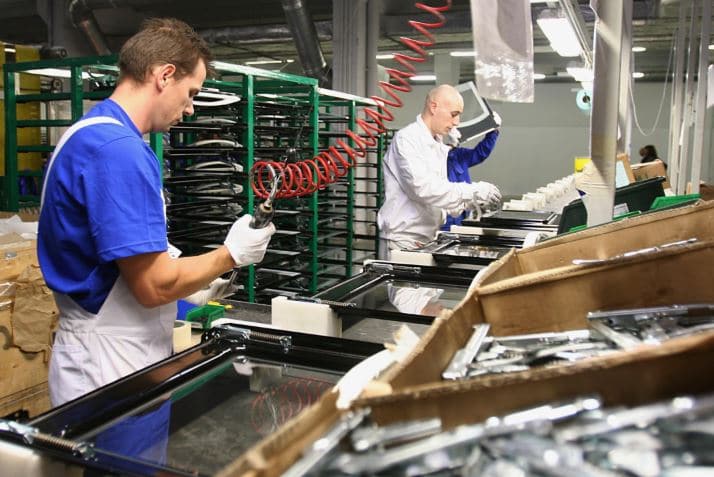 Historically weak GDP data due to the corona crisis, as well as mixed company balance sheet reports, have hit the markets hard today and triggered a substantial sell-off.

In addition, it was once again President Trump, who alarmed the markets and surprisingly via Twitter, brought up the issue of postponing the presidential election on 3 November. In a tweet on Thursday, he wrote concerning the electoral fraud he feared would be caused by an increase in postal voting as a result of the Corona pandemic: “Postpone the election until people can vote in an orderly, carefree and secure manner?

However, the hurdles for postponing the presidential election on 3 November are very high because the date is fixed by law. A postponement, therefore, seems very unlikely.

The US economy experienced a historic economic slump: the gross domestic product shrank by 32.9 per cent between April and June, projected for the year as a whole, according to the Department of Commerce. Meanwhile, initial applications for unemployment benefits rose again slightly in the week ending 25 July.

The Fed was not able to disappoint investors with its decisions of the previous evening – but it was also unable to surprise them positively. On Thursday, however, US President Donald Trump caused uncertainty among investors, who brought into play a postponement of the election date in November.

Also, a whole series of quarterly balance sheets were in the focus of investors. PayPal and QUALCOMM presented their figures for the past quarter on Wednesday evening after trading. This was followed today by MasterCard, UPS and Procter & Gamble, among others.

After initially mixed tendencies, the major Asian stock markets went downhill on Thursday. In Tokyo, the Nikkei fell by 0.26 per cent to 22,339.23 points, while the Shanghai Composite closed with a minus of 0.23 per cent at 3,286.82 index units. In Hong Kong, too, prices turned negative after initially being on the rise, and the Hang Seng ended 0.69 per cent lower at 24,710.59 points.

The US Federal Reserve was only able to lift the mood somewhat for a short time with the reaffirmation of its readiness to take aggressive measures the previous evening. In Japan, the strong yen, which makes business more difficult, especially for export-oriented Japanese companies, slowed down.

Bears dominated the European stock markets and indices on Thursday. The EuroSTOXX 50 started the day hardly changed at 3,300.61 digits but took significant losses as the day progressed. In the end, a decline of 2.79 per cent to 3,208.20 points was on the board.

The leading German index fell almost vertical by 3.5 per cent to 12,379 points. This means it has lost nearly 1,000 points since the recent EU aid decisions, which had been received with enthusiasm. In late trading, the Dax recovered somewhat with Wall Street, and the L/E-Dax closed at 12,460 index points.

A flood of quarterly figures hit investors, which was decisive for the market and the statements of the US Federal Reserve Bank from the previous evening were digested as well. The GDP data from several European countries also painted a gloomy picture. For example, the GDP in Germany slumped by 10 per cent, and the US economy also experienced a historic economic drop.

On the Forex market, the euro has again climbed above 1.18 US dollars at its peak today. In the afternoon, the euro rose to $1.1809, which is the highest level since September 2018. The US dollar weakened further today because of the dismal GDP figures and Trump’s tweet.

Oil prices fell on Thursday in the wake of the generally depressed mood on the financial markets. The barrel (159 litres) of North Sea Brent crude was traded $1.29 lower at 42.46 US dollars, while WTI oil fell by $1.50 to 39.75 US dollars.

Cryptocurrencies consolidated further today, with Bitcoin sliding under the $11,000 mark to $10,990 – a loss of 0.5 per cent. Ethereum also posted losses and declined 1 per cent to $319. The only gainer under the top ten digital assets was once again XRP with an increase of 2.5 per cent to $0.2460.

US GDP fell by 32.9 per cent compared with the previous quarter – an incredible figure, although it was feared that it would be more or less the same. Private consumption, the mainstay of the US economy, fell by 34.6 per cent after minus 6.9 per cent in the previous quarter. Also, unemployment remains at a high level, with around 1.4 million people applying for unemployment benefits for the first time.

The German economy also experienced an unprecedented slump between April and June. The gross domestic product shrank by 10.1 per cent in the second quarter compared with the previous quarter.

The Volkswagen Group felt the full impact of the corona crisis in terms of sales and earnings and, as expected, slipped into the red. The Dax Group reported a loss of 1.4 billion euros before taxes in the first half of the year, as the Dax Group announced this morning.

A year ago, VW had made a profit of 9.6 billion euros. Because the assembly lines were at a standstill for a long time in March and April and hardly any cars could be sold in Europe and North America, sales dropped by 23 per cent to 96 billion euros. The group is maintaining its business outlook for 2020, and although the operating result is expected to be well below the previous year’s figure, it should still be positive.

Amid the corona pandemic, Amazon has continued to benefit strongly from the shopping boom on the Internet. In the second quarter, sales went up by 40 per cent year-on-year to 88.9 billion dollars, according to the world’s largest online retailer. Profits amounted to 5.2 billion dollars, roughly double that of the previous year.

The results were considerably higher than analysts’ forecasts, and the share price reacted after the market with substantial price increases. The fact that Amazon, with its delivery services, is one of the primary beneficiaries of the corona crisis had already become apparent in the previous quarter. In addition, the cloud business with IT services and storage space on the net continues to flourish, even though Amazon’s flagship AWS was recently unable to meet the high expectations fully.

First drop in sales at Google

Alphabet’s money machine – Google’s advertising business – received a rare damper during the crisis. For the first time in the company’s 22-year history, revenues fell – to $29.9 billion, 8 per cent less than last year.

Overall, the group’s revenues shrank by around two per cent to $38.3 billion. However, the balance sheet did show some strengths. The advertising revenues of the video subsidiary Youtube, for example, grew by a significant 6 per cent to $3.8 billion.