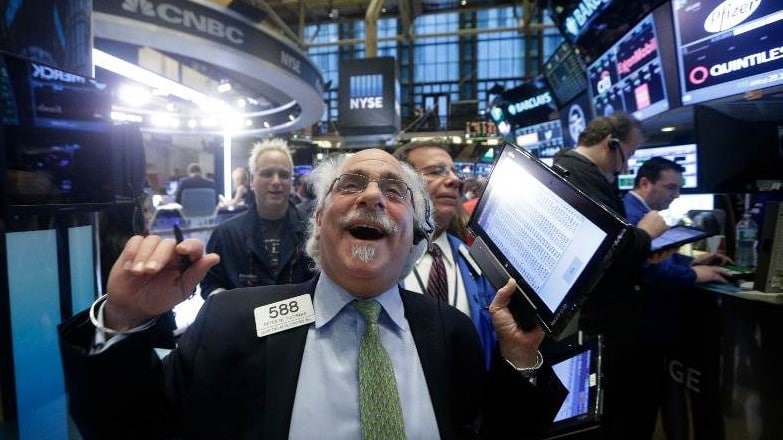 Golden autumn on the stock markets? September, which is considered the worst stock market month of the year, seamlessly followed on from the strong August. At least on the US stock markets. According to analysts, the Nasdaq has the strongest month of August since 2000 behind it. The leading index Dow and the broad-based S&P 500 even had the best August results in more than 30 years.

On Wall Street, the S&P 500 and Nasdaq 100 stormed to new record highs at the beginning of the third season.

The Dow Jones standard stock index advanced by 0.3 per cent. The broad-based S&P 500 gained just under half a per cent and closed at 3515.91 points, its highest level ever. The rise was even more rapid for technology stocks. The Nasdaq rose on Tuesday by up to 1.2 per cent to a record high of 11,915.13 points.

After already on Monday new records were reached, investors also push the US indices higher on the second trading day of the week. Support came from the lowest US Corona new infection numbers in two months. In addition, better than expected Chinese as well as European economic data provided support. US industrial data also provided positive surprises.

Asian stock markets trended mixed on the second trading day of the week. While Japan and Hong Kong barely got off the ground, mainland China saw a distinct upward trend. The Caixin Manufacturing Purchasing Managers’ Index, which rose to its highest level in almost a decade in August, may have been a supportive factor.

The record hunt on Wall Street also boosted the German stock market. After temporary losses, the Dax 30 turned positive and ended Xetra trading 0.2 per cent higher. However, the leading German index remained below the psychologically important mark of 13,000 points and closed at 12,974 points. The TecDax left trading with a plus of 0.18 per cent to 3,115.76 points.

Europe’s stock markets received support on Tuesday, mainly from positive economic data from the far east. In Asia, there are signs of recovery in export business – strong purchasing manager indices from China and other Asian countries provided optimism.

Data was also published in Europe: the eurozone purchasing managers’ index for the manufacturing sector was 51.7 for August, while unemployment in the eurozone rose in July and eurozone inflation slipped into negative territory for the first time since 2016.

On the foreign exchange market, the euro rose above 1.20 US dollars on Tuesday for the first time in more than two years but was unable to maintain this level in late US currency trading. Most recently, the common currency is traded for 1.1911 US dollars. After rising above 1.20 US dollars, better than expected US economic data led to an abrupt change in sentiment on the Forex market. The ISM Purchasing Managers’ Index rose more than expected in August to 56.0 points. Index levels of over 50 points signal an economic recovery.

Oil prices rose on Tuesday, and the gains from early trading took some time to build. A barrel of North Sea Brent oil last cost 46.03 US dollars and thus 75 cents more than yesterday. The price of US West Texas Intermediate (WTI) rose by 69 cents to 43.30 US dollars.

The gold price continues to profit from the loose monetary policy but had to give up most of its daily gains after the release of the positive US economic data. The precious yellow metal rose by 0.2 per cent to 1,973 US dollars.

Eurozone inflation negative for the first time since 2016

In the corona crisis, the eurozone recorded a negative inflation rate for the first time since 2016. According to Eurostat, consumer prices in August fell by 0.4 per cent year-on-year and were 0.2 per cent down on the previous month. In July, they had still been 0.4 per cent higher than in the last year. The economists surveyed by Dow Jones Newswires had forecast stagnation in month-to-month prices and an annual rate of 0.2 per cent.

The Group intends to take steps to strengthen its equity and equity-like funds by May 2021, the Franco-Dutch company announced on Tuesday in Roissy near Paris. Initially, the company intends to buy back perpetual subordinated bonds from the market to reduce its financing costs. This would involve over 400 million euros.

To prevent the loss of business due to the Air France-KLM corona pandemic, the governments of France and the Netherlands have provided the Group with billions of euros in aid. The company received credit guarantees and a loan of 7 billion euros from France and a further 3.4 billion euros from the Netherlands. The two countries are also the largest shareholders of Air France-KLM. France holds 14.3 per cent and the Netherlands 14 per cent of the Group’s shares. The US airline Delta Air Lines and China Eastern Airlines each own almost nine per cent.

Air France-KLM shares finally lost 0.21 per cent to EUR 3.77 on EURONEXT on Tuesday.

Almost all private creditors have agreed to the debt cut for Argentina that was negotiated over months. The owners of 93.5 per cent of the bonds issued under foreign law had accepted the government’s last offer to reschedule debt, said Minister of Economics Martín Guzmán. Now about 99 per cent of the old securities would be converted into new securities. The new bonds are to be issued next Friday. Among the creditors are mainly large investment funds such as Blackrock, Ashmore and Fidelity.

The debts of the second-largest economy in South America were considered to be no longer sustainable under the current conditions. For this reason, Argentina had demanded that its private creditors waive part of their claims of about 66 billion US dollars.