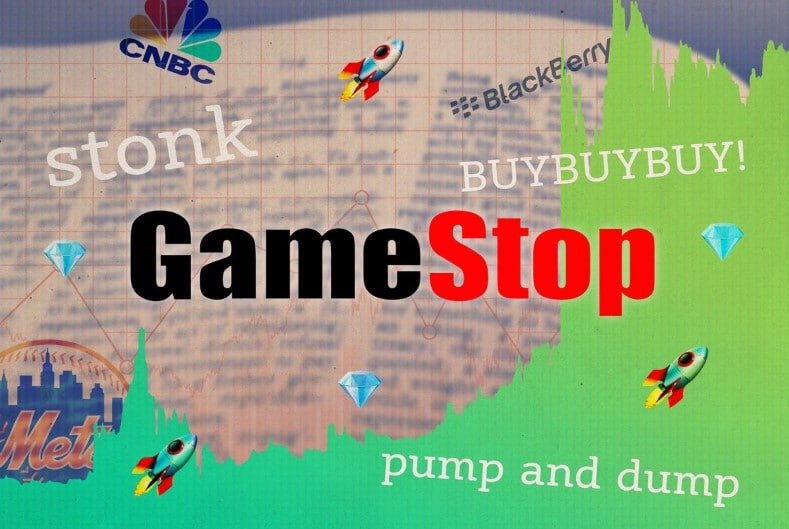 The End of the Gamblers’ War?

New month, new confidence: The stock markets continued their recovery today and gained for the second day in a row. The nervousness surrounding the GameStop, AMC and co incidents seemed to be blown away today. Instead, traders are once again focusing on the hoped-for trillion-dollar aid package from the US government, as well as on positive quarterly figures from Amazon, for example.

Significant gains were recorded on the US stock markets on Tuesday.

The Dow Jones had already started trading higher and subsequently extended its gains. It ended the session up 1.58 per cent at 30,688.00 points. The NASDAQ Composite also opened stronger and made further gains in the session, ultimately posting an increase of 1.56 per cent at 13,612.78 index units.

The Asian stock markets were also friendly today. The Japanese benchmark index Nikkei ultimately recorded a gain of 0.97 per cent to 28,362.17 points. On the Chinese mainland, the Shanghai Composite gained 0.81 per cent to 3,533.69 points. Meanwhile, the Hang Seng index climbed 1.23 per cent to 29,248.70 units in metropolitan Hong Kong.

And the European trading centres were also in a very friendly mood on Tuesday. The EuroSTOXX 50 closed 1.72 per cent firmer at 3,591.47 points.

After a promisig start to the week, the German stock market remained firm on Tuesday. The DAX closed with a gain of 1.56 per cent to 13,835.16 points. The TecDAX also rose strongly and ultimately closed 1.90 per cent higher at 3,476.97 points.

Investors seemed to have come to terms with the sluggish vaccination campaign by now, it was said. However, volatility could quickly return due to speculation surrounding GameStop & Co, with the majority of experts not believing in longer-term effects. “We have seen in the last few days that setbacks on the stock market quickly attract buyers again,” said one market participant, according to dpa.

On the foreign exchange market, the pound reached a nine-month high against the euro at 1.1368 euros. Thanks to progress in mass coronavirus vaccinations, economists at ING Bank raised their growth forecasts for the UK. According to their assessment, the pound is seven per cent undervalued against the euro. The euro also continued to soften against the greenback. At 1.2012 US dollars, the euro temporarily fell to its lowest level in two months. Shortly before the daily close on Wall Street, it is traded at 1.2022 US dollars.

Oil prices continued to rise on Tuesday, marking their highest levels in about a year. The market cited the positive mood on the stock markets as the primary market driver. A barrel of North Sea Brent cost up to 58.05 US dollars, a barrel of American West Texas Intermediate was worth up to 55.26 dollars. That was about one dollar more than the previous day.

After the gold price was trading as high as $1,872 the day before, it dropped considerably today and closed at just $1,835 per troy ounce.

The silver price stopped its rally of the past trading days for the time being and fell significantly today. At the end of the US session, a troy ounce of the precious metal was traded for 26.80 US dollars, around seven per cent less than the previous day.

The cryptocurrency market seemed to benefit from the overall positive mood in the financial markets, and many digital assets rose significantly. The Bitcoin price increased by 5.2 per cent to $35,700 while Ethereum shot up 14 per cent to a new all-time high of $1,523. Meanwhile, XRP remained under pressure for the time being but seemed to floor at around $0.35 and is currently trading at $0.3750.

The European labour market is coming under increasing pressure. Compared to December, the European Labour Market Barometer, a measurement tool for the state of the labour market in Europe, fell by 0.5 points at the beginning of the year, the Institute for Employment Research (IAB) announced in Nuremberg on Tuesday. The level of 98.2 points was the lowest since August 2020. The leading indicator is compiled by a European network of public employment services and the IAB.

After the close of trading on the NYSE, the “Big Techs” caused a sensation. Amazon announced the retirement of company CEO and founder Jeff Bezos from the top position. He said he would hand over the reins to the current head of the cloud division AWS, Andy Jassy, in the third quarter and then move to the top of the board of directors. In the fourth quarter, the world’s largest online retailer cracked the $100 billion revenue mark for the first time thanks to a boom in orders during the corona crisis. Revenues soared 44 per cent to $125.6 billion. Amazon was able more than to double its net profit to 7.2 billion dollars. In the entire 2020 business year, the group earned 21.3 billion US dollars – more than ever before.

Earnings per share also improved compared to the previous year, when 15.35 US dollars were on the books: EPS for the reporting period was 22.30 US dollars, above analysts’ expectations, which had previously been 15.70 US dollars.

Alphabet shares went up 6.87 per cent at times to 2,060.00 US dollars in after-hours NASDAQ trading.