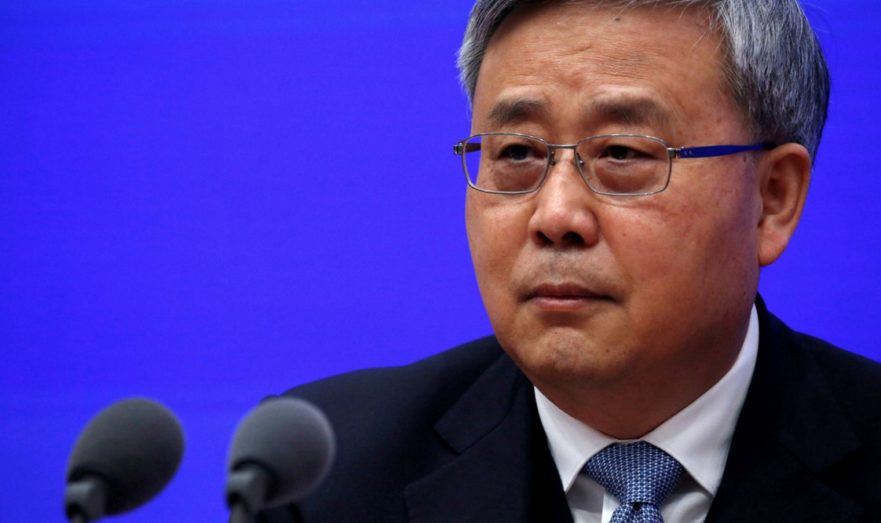 A man named Guo Shuqing dampened the good mood on the stock markets on Tuesday. Shuqing is the top stock market supervisor in China and certainly has something to say in the financial world. The head of the China Banking and Insurance Regulatory Commission warned that the high prices on Wall Street and the European financial markets were pointing in a different direction than the real economic development. In fact, with an expected price/earnings (P/E) ratio of 23 and a historical P/E ratio of 32, the S&P 500 is significantly more expensive than the historical average, market observers commented.

The words of warning from China then also stopped the rally on the stock markets, above all on Wall Street.

After the previous day’s rally, the US markets were mainly characterised by minor profit-taking on Tuesday. No economic data were due today, and the virtual appearances of two representatives of the US Federal Reserve did not provide any clear indications. While Fed Governor Lael Brainard spoke at the Council of Foreign Relations, San Francisco Fed Branch President Mary Daly spoke at the Economic Club in New York.

Since the beginning of the pandemic, the Fed’s low-interest-rate strategy has kept the bond market yields low while strengthening equity markets, but bond yields kept rising until recently.

The most important trading centres in Asia recorded losses today.

After an initially friendly start to trading, the Asian indices turned around and closed in the red. Responsible for this change of direction – especially in China – was likely that the banking sector regulator had emphasised several risks, such as the strong inflow of capital from abroad and a bubble in the real estate sector. Consequently, this could prompt the Chinese central bank to adopt a more restrictive monetary policy, observers said. As a result, profit-taking set in.

Investors on the European trading floors were somewhat more confident, in contrast to US investors. The EuroSTOXX 50 gained slightly and ended the day 0.10 per cent higher at 3,710.34 points.

On Tuesday, the DAX held its ground above the 14,000 point mark, which it had regained the previous day. The situation on the bond markets eased the market tension somewhat.

Market participants’ attention was also focused on various quarterly company figures, including those from KION and HelloFresh. The discussion about possible easing in the corona crisis also continued.

On the foreign exchange market, the euro was able to gain up to 1.2087 US dollars in US trading. In European morning trading, the euro had fallen below 1.20 dollars at times and had reached its lowest level in a month.

The meeting of the OPEC+ oil alliance on Thursday is increasingly coming into focus. Most recently, the price of North Sea Brent crude was unchanged at 63.66 US dollars. On the other hand, American West Texas Intermediate (WTI) crude oil rose by 7 cents to 60.72 US dollars.

The lower bond yields also make gold somewhat more attractive again. After the precious yellow metal price initially fell to an eight-and-a-half-month low of 1,706.70 US dollars per troy ounce, it has stabilised again and was the last trading at 1,735 US dollars.

Cryptocurrencies continue trading in a fairly narrow range. Bitcoin retested the $50,000 mark but was unable to hold above this critical level. BTC currently trades at $48,500, a daily loss of 2.2 per cent. Ethereum lost over 5 per cent to $1,505 while Cardano continues trading within the $1.20 and $1.30 range.

In February, the labour market in Germany developed worse than expected in seasonally adjusted terms. As the Federal Employment Agency (BA) announced, the number of unemployed, adjusted for seasonal influences, rose by 9,000 persons compared to January. This means that 2.904 million people are now without employment. Economists surveyed by Dow Jones Newswires, however, had expected unemployment to remain unchanged.

The German retail sector suffered a sharp drop in sales at the beginning of the year. In real terms (price-adjusted), the sector’s revenues in January were 4.5 per cent lower than in December, as presented by the Federal Statistical Office in Wiesbaden on Tuesday. Compared to the same month of the previous year, sales even fell by 8.7 per cent. The expectations of analysts were clearly missed in each case. The continuing corona lockdown can explain the development, the statisticians said.

German exports to the UK slumped by around 30 per cent in January after the Brexit trade agreement came into force. However, experts do not expect to see similarly sharp declines in the coming months. However, many companies are adjusting their supply chains because of the UK’s exit from the EU. This will further slow down trade with the island.

Contrary to expectations, inflationary pressure in the eurozone did not increase in February. According to Eurostat, eurozone consumer prices rose by 0.2 per cent compared to the previous month and were 0.9 per cent higher than in January. Economists interviewed by Dow Jones Newswires had forecast a monthly price increase of 0.2 per cent and annual inflation of 1.0 per cent.

The European Central Bank (ECB) has sufficient means to combat any unwanted rise in bond yields, according to its Vice-President Luis de Guindos. The central bank has the necessary flexibility in monetary policy to do so, de Guindos said in an interview published on the ECB’s website. The central banker does not think inflation worries are appropriate at the moment. “We don’t have to be very concerned about inflation in the short term, and in the medium term, we will continue to look at it very carefully, which we always do.” In the short term – the next twelve months – inflation will remain below the ECB’s target of just under 2 per cent, he said.