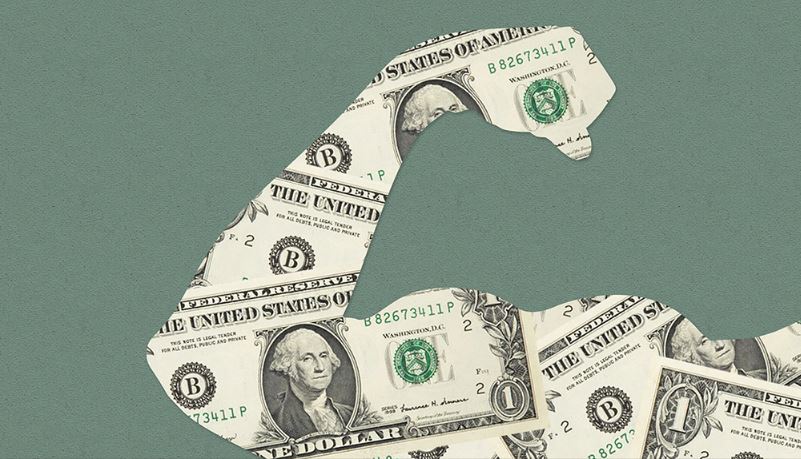 The confidence of investors in quickly overcoming the corona crisis seems to know no boundaries at present. Accordingly, equities are shooting up, and FOMO is emerging.

But the question remains as to how sustainable this intensive recovery rally can ultimately be. For days many thousands have been protesting against racism and police violence in the USA, after another African American, George Floyd, was killed in a police operation a week ago. President Trump wants to use the military against violent demonstrators – this does not look like de-escalation.

The disputes with China are also opposing the hopes of a speedy economic recovery. The China problem, in particular, has what it takes to put pressure on world markets again. Most recently, Trump withdrew special rights from the city-state after the undemocratic Beijing “security laws” for Hong Kong, thereby also further intensifying the conflict.

So, Wall Street posted some mediocre gains today. The US leading index, the Dow Jones, defended its profit zone in the trading session and closed the day up 1.05 per cent to 25,742.65 points. The S&P 500 added 0.8 per cent to end at 3,081 index units. Meanwhile, tech stock investors were somewhat uncertain: The NASDAQ Composite oscillated around the zero line for a long time before finally deciding on green territory. In the end, the index gained 0.59 per cent to 9,608.37 points.

On the one hand, the slightly positive performance of the US stock markets of the previous trading day had provided a boost, according to stock market experts. On the other hand, optimism continued to prevail, given the increasing easing of measures against the spread of the coronavirus and the opening of economies worldwide.

The European stock markets continued to shoot up today, Wednesday. The EuroSTOXX 50 managed to secure a plus of 2.63 per cent to 3,159.02 index units.

The risk appetite on Tuesday increased significantly again after the reset on Friday. This was supported by positive indications from Asia and the USA. Besides, talks about further economic stimulus packages are still taking place at the highest level. These include possible purchase premiums for vehicles and financial injections for local authorities.

The euro exchange rate continued to rise on Tuesday, almost reaching the USD 1.12 mark. In European afternoon trading, the common currency had climbed to 1.1196 dollars, its highest level since mid-March. In New York trading, however, the euro then lost some momentum, closing at $1.1166.

Oil prices rose on Tuesday in the hope of a more extended period of limited supply. A barrel of Brent Crude Oil currently costs $39.31 more at 99 cents, while the price of a barrel of the US variety West Texas Intermediate (WTI) rose by $1.07 to $36.51.

Amid rising shares and oil prices, precious metals came under selling pressure. The price of gold dropped from as high as $1,739 to currently $1,727.

After days of continuous gains, cryptocurrencies took a hit today and consolidated some of their increases. Bitcoin dropped almost 5 per cent, back under the $10,000 mark, at $9,500. Ethereum and XRP also posted significant losses with 3.48 and 2.68 per cent respectively.

For the recently badly battered automobile industry, business in China is going well again. In May, car sales rose for the second month in a row, climbing 11.7 per cent to 2.14 million vehicles, according to the Chinese Association of Automobile Manufacturers (CAAM) on Tuesday. However, due to the corona crisis, the industry association expects sales in the world’s largest car market to have slumped by 23.1 per cent to 7.9 million vehicles in the period January to May.

Taxes on tobacco products in the European Union must be adapted to new developments, according to EU countries. For this reason, the Council of EU Member States on Tuesday instructed the EU Commission to present new legislative proposals, as stated in a communication.

The current rules have become less effective “because they are either no longer sufficient or are not sufficiently broadly defined to meet current and future challenges”. This applies, for example, to products such as “liquids for e-cigarettes, heated tobacco products and other types of next-generation products entering the market”.

From 2011, the EU will have standard rules such as minimum rates for tobacco taxation. Earlier this year, however, the EU Commission complained of blatant differences in tobacco taxes between EU countries. For example, a packet of cigarettes in Bulgaria costs 2.57 euros – in Ireland, on the other hand, 11.37 euros. This damages the fight against cancer and should be revised, the EU authority demanded. The EU rules provide for minimum rates of tobacco tax, but the EU states can exceed them.

A far-reaching restructuring of the energy sector in Germany has been agreed on. The RWE subsidiary Innogy is now part of the energy giant Eon. The so-called squeeze-out of the remaining minority shareholders of Innogy has been entered in the commercial register, Eon announced on Tuesday. Trading of Innogy shares on the stock exchange is expected to be discontinued this week. The cash compensation of 42.82 euros per share certificate, with which the minority shareholders were forced out of the company, is to be paid out in the next few days.

Flatex wants to enter the SDax

The online broker Flatex wants to move to the more strictly regulated Prime Standard with its share listing. The process has now been officially launched and is expected to be completed in the fourth quarter, the company announced. Based on the current market capitalization and free float, the company plans to be listed in the SDax and possibly in the TecDax.

The takeover of the Dutch competitor DeGiro for 250 million euros, announced at the end of 2019, is to be completed in the coming weeks. CEO Frank Niehage, therefore, believes that now is the right time to move to the Prime Standard. “An SDax listing appears to be a given under the current conditions. With a little luck, flatex AG might even make it into the TecDax.”