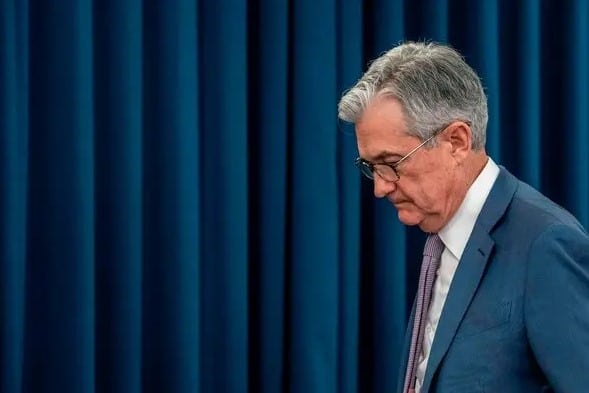 The US stock markets have continued their winning streak one day before the Fed’s interest rate decision. Tesla once again caused a stir among investors, but this time not in the most positive of ways.

Statistically, the month of November marked the start of the six best stock market months, a development often also summarized by the term “year-end rally”, which frequently turns into a “New Year’s rally” at the start of each new year.

Some question marks remain, however. Tomorrow, the US monetary watchdogs will announce their results. According to some market observers, the consensus is now that the Fed will announce its entry into the exit from ultra-loose monetary policy tomorrow.

Tighter monetary policy is considered poison for the stock markets. However, market participants have had enough opportunity in recent months to prepare themselves mentally for corresponding steps by the Fed.

The US indices also posted renewed gains on Tuesday. The Dow Jones started Tuesday near the zero line and marked a new all-time high in the trading level. It ultimately left the trade with a gain of 0.39 per cent to 36,052.89 points. Meanwhile, the tech stocks index NASDAQ Composite entered the session minimally lighter but ended the day 0.34 per cent stronger at 15,649.60 points.

The views were directed on Tuesday to the Fed’s key interest rate decision on Wednesday. The corresponding deliberations of the US central bankers began today. In addition, the balance sheet season continued to be in the foreground with figures from DuPont, UnderArmour or Pfizer.

The leading indices in Asia, in contrast, fell today. In Japan, the Nikkei index ended the day 0.43 per cent lower at 29,520.90 points. Experts explained the declines with profit-taking before the holiday on Wednesday. On the Shanghai stock exchange in mainland China, the Shanghai Composite closed down 1.10 per cent at 3,505.63 index points. The Hang Seng slipped 0.22 per cent to 25,099.67 on Hong Kong’s Stock Exchange.

Investors were mainly waiting for the US Federal Reserve’s decisions tomorrow. In addition, there was hope for an easing in the trade dispute. US Treasury Secretary Janet Yellen said that China would probably fulfil its obligations under the first phase of the trade agreement between Beijing and Washington. The USA could consider lowering some tariffs in return.

In Europe, the main markets were up. The EuroSTOXX 50 lost slightly at the start of trading but then posted small gains. In the evening, its uptick was still 0.37 per cent to 4,296.22 points.

The DAX opened with a small plus and was able to end trading with a gain of 0.94 per cent to 15,954.45 points. The TecDAX was almost flat at the start of trading but then also moved higher. In the end, it gained 0.53 per cent to 3,889.63 points. The quarterly figures of German companies were mostly received positively on Tuesday. Among others, Fresenius and Fresenius Medical Care opened their books.

In the eurozone, investors kept an eye on new economic data on Tuesday. The market researchers from IHS Markit published the results of their monthly survey of industrial companies. The survey is considered a reliable guide to actual economic development. In October, the German and eurozone industries suffered from disrupted supply chains, with purchasing managers’ indices falling more than expected.

The euro weakened somewhat against the US dollar in foreign exchange trading. The common currency continued its recent fluctuations around the 1.16 US dollar mark by trading lower again at the last paid price of 1.1582 US dollars. Rather weak European economic data somewhat burdened the euro.

Oil prices are still close to multi-year highs. On the one hand, they are driven by high demand, which has recovered noticeably from the severe Corona slump. In this environment, supply remains tight, although the Opec+ crude oil association has been gradually expanding production since the summer. Recently, important oil-consuming countries such as the USA, India and Japan had called for increased production. Most recently, a barrel of North Sea Brent for delivery in January cost 84.35 US dollars, 37 cents less than the previous day. WTI oil for December delivery fell 68 cents to 83.37 dollars.

The troy ounce of gold depreciated by $7 to $1,787 in a fairly uninspiring trading environment.

The cryptocurrency market is looking juicy, with a lot of rotation between coins and tokens happening right now. Today, almost the entire crypto market grew substantially, with the current top-dog, Bitcoin, appreciating by 3.6 per cent to $63,200, while Ethereum is in price discovery mode after breaking its all-time high, gaining 6 per cent to $4,590 per Ether. However, the biggest daily gainer was Solana, adding a whopping 12.2 per cent to $230 and jumping on position number 5 just behind Tether in terms of total market capitalization. XRP, Cardano (ADA), Polkadot, LUNA, ChainLink and AVAX all rose by approximately 4 per cent.

The Reserve Bank of Australia has taken a first, albeit very cautious, step out of its extremely loose monetary policy. On Tuesday, after its regular interest rate meeting, it cashed in on a promise to keep the yield on three-year government bonds at 0.1 per cent. The move came as no surprise after the RBA allowed capital market rates to rise sharply without intervention at the end of last week. At the same time, central bank chief Philip Lowe dampened speculation that interest rates would be raised soon, which put pressure on the Australian dollar. Inflation had increased, but the rise was probably not sustainable.

The industry in Germany continued to suffer from disrupted supply chains in October. IHS Markit’s industrial purchasing managers’ index fell to 57.8 from 58.4 points, versus 58.2 expected by analysts.

The European Labour Market Barometer, the labour market leading indicator of the European Network of Public Employment Services, fell in October for the fourth month in a row. According to the Institute for Employment Research (IAB), it fell by 0.7 points to 103.1 points compared to the previous month.