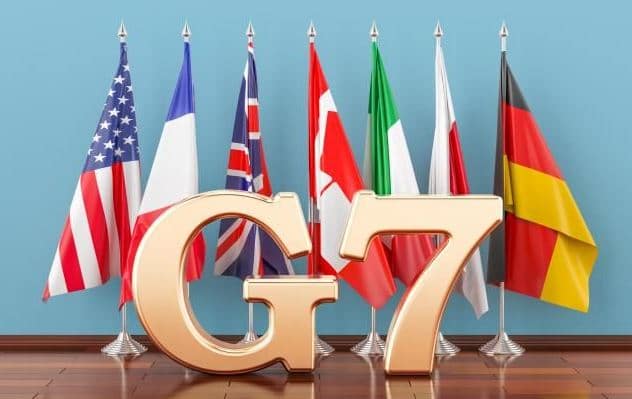 Investor hopes for G7 action were disappointed today. The G7 finance ministers and central bank governors have not taken any concrete measures. The fact that the US Federal Reserve surprisingly cut the key interest rate by 50 basis points allowed investors to take action before the uncertainty returned. The US Secretary of the Treasury announced that the punitive tariffs against China would remain in place. President Donald Trump also ranted on Twitter that the cut was not enough.

Fed Chairman Powell later said that although no further measures were initially envisaged, central bankers were prepared to use all instruments to support the economy. Nobody knows how long the risks from the virus will continue and how big the damage will be to the global economy.

These statements sounded alarming to many investors and led to immediate dumping of equities again.

The US stock market experienced a roller-coaster ride of emotions. The Dow Jones opened stronger, but then the leading index changed its omens several times – in late trading, it then buckled sharply, ultimately losing 2.94 per cent to 25,917.41 units. The tech stocks index NASDAQ Composite also started out more robust, but then lost ground as the session progressed. In the end, it fell by 2.99 per cent to 8,684.09 points.

Economists believe that further interest rate cuts in the USA are possible because the Fed would intervene before the financial markets and the US economy would suffer greater damage.

The coronavirus remained in the focus of investors. However, the Asian markets have been showing signs of recovery since the beginning of the week due to hopes of price stimuli. In China, Japan, the USA and the eurozone, the central banks signalled a willingness to relax monetary policy.

Europe’s stock markets moved in green territory on Tuesday. The EuroSTOXX 50 already had a small premium at the start of trading and was able to increase it even further: In the end, it rose 0.99 per cent to 3,371.97 points.

The German stock market was also able to recover somewhat on Tuesday from its losses of the previous week. The Dax 30 opened with gains, then rose sharply, but reduced the substantial gains in late trading. Nonetheless, the share price ended trading up 1.08 per cent at 11,985.39 points. The TecDAX opened with a plus and stayed on green territory throughout the day. It finally closed the day 2.98 per cent up at 2,942.67 units.

On Tuesday, oil prices continued their recovery, which had started at the beginning of the week, only at a slower pace. The surprising cut in the key interest rate in the USA did not bring calm, but rather a slight damper. Most recently, a barrel of North Sea Brent crude cost only USD 52.40. That was 50 cents more than the day before. The price of American crude oil of the WTI variety rose by 69 cents to 47.44 dollars.

The troy ounce of gold (31.1 grams) gained significantly today and traded at $1,634 in London this afternoon. That was about 45 dollars, or 3 per cent, more than on Monday.

Cryptocurrencies had to cop losses again on Tuesday. A Bitcoin currently costs $8,750, 1,2 per cent less than the previous day. Ethereum registered losses of 2.7 per cent to $223, and XRP lost roundabout 2 per cent to $0.2340.

Qiagen shares suspended from trading due to takeover

After some struggle, Qiagen is now swallowed by the US technology group Thermo Fisher Scientific after all. Thermo Fisher offers the shareholders of the genetic diagnostics and biotechnology group 39 euros per share. This offer is almost 23 per cent above the closing price on Monday. Including debt, Qiagen is thus valued at 10.4 billion euros. For the offer to be successful, a minimum acceptance threshold of 75 per cent of the share capital must be reached.

METRO shares jumped on Tuesday after takeover speculation. According to insiders, the US food supplier Sysco has contacted the German trading group METRO about a takeover. The Americans see the MDAX company as an opportunity to grow in Europe, the news agency Bloomberg reported on Tuesday, citing people familiar with the matter.

The METRO stock reacted to the news with a price jump and shortly afterwards left trading with a plus of 19.20 per cent. With this, they mostly made up for the losses they had suffered since the stock market slump caused by the coronavirus.

The credit card company Visa is preparing its investors for lower sales growth in the second quarter. The US company announced on Monday after the close of the US stock exchange that revenues are expected to be about two and a half to three per cent lower than recently announced. The growth rates have been worsening week by week since the outbreak of the new coronavirus, Visa said. On the NYSE, the Visa share fell by 1.18 per cent to 190.07 US dollars on Tuesday.

The Swiss chocolate manufacturer Lindt & Sprüngli has increased its profits for 2019 by 5.1 per cent to CHF 512 million. The dividend is to be increased by 75 per cent to 175 francs per participation certificate. The company justified the massively increased dividend on the basis of the good results for 2019 and the 175th anniversary of the company. Lindt maintains its long-term forecast of organic growth of five to seven per cent. The operating margin is to be improved by 20 to 40 basis points annually.