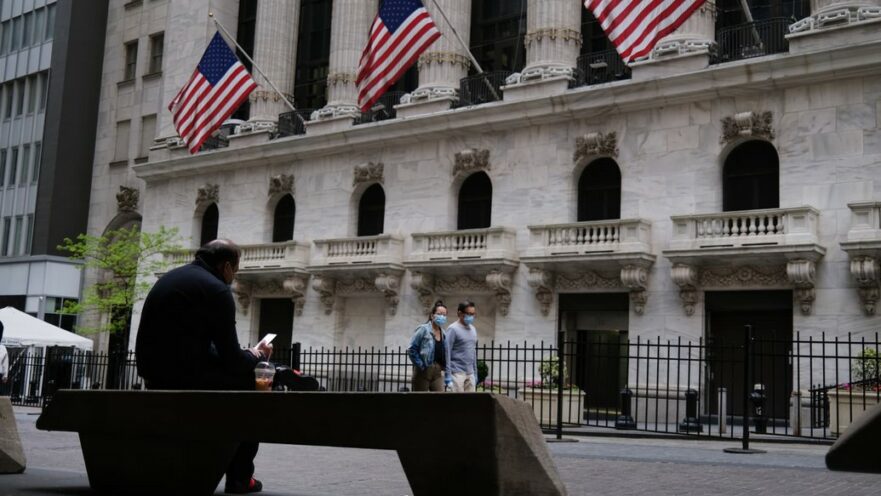 After six months of profits in a row, the air on the stock markets is getting thinner, but investors are not yet showing any fear of heights.

Initially, renewed concerns about the spread of the coronavirus had weighed on global stock markets today. Some investors fear a renewed setback for the economy due to new restrictions. Traders also mentioned possible tax increases to finance the billion-dollar economic stimulus programmes as an additional brake.

Overall, however, the mood remains upbeat. Thanks to bubbling corporate profits, major price setbacks are not expected, according to many analysts. So far, the reporting season in the USA is going well. Among others, the pharmaceutical company Eli Lilly and the sports company Under Armour surprised with strong quarterly figures today.

Fear of the prevailing delta variant of the coronavirus somewhat curbed the optimism of market participants. For example, several US states reintroduced mandatory masking after an earlier easing of restrictions and enforcement. Nevertheless, the balance sheet season has been very good so far. Combined with the loose monetary policy from major central banks and robust economic data, growth is expected to continue, which is also encouraging investors, Dow Jones Newswires reported.

Economic concerns dominated Asian markets in Tuesday’s trading. After optimistic expectations of the US infrastructure package and the so far good balance sheet season had supported prices at the beginning of the week, investors are now increasingly concerned that the corona infection figures, which are rising again, could slow down the economic recovery. In addition, there is uncertainty about whether China might also take action against other sectors after the recent regulatory interventions against the technology and education industries.

European stock markets recovered slightly on Tuesday. The EuroSTOXX 50 did not get going in the morning but ended the day 0.03 per cent firmer at 4,117.95 points.

The DAX, on the other hand, continues to search for direction. On Tuesday, it closed almost at the same level as the previous day – at 15,555 points. In the morning, the TecDAX temporarily reached its highest level in over 20 years at 3,735.57 points and ended the session with a gain of 0.07 per cent to 3,720.50 points.

On Tuesday, a slight negative factor was that Wall Street had given back the gains seen earlier after the close of trading in Europe. In the coming days, the focus in Europe will be on the reporting season. Most of the company figures have recently been convincing, justifying the valuations on the stock markets.

The euro had to give back its interim gains on the foreign exchange market and was trading at 1.1864 US dollars in the evening. Meanwhile, the Swiss franc has climbed to its highest level this year against the euro. The euro fell back to 1.0729 Swiss francs. The franc has gained more than 3 per cent against the euro since its low at the beginning of March.

The price of gold continued its sideways movement on the commodities and precious metals market, ultimately losing $2 to $1,811 per troy ounce.

Cryptocurrencies slid deeper into the loss zone but recovered somewhat intraday. A Bitcoin is currently sold for approximately $38,400, 1.5 per cent less than on Monday. The Ethereum price fell 2.6 per cent to $2,510, while XRP hovered around $0.73, almost unchanged compared to the previous trading day. Under the top 10 digital assets, only Cardano signalled a bullish move, posting a 4.5 per cent daily gain to $1.37.

The increase in eurozone producer prices remained within expectations in June. According to Eurostat, producer prices rose by 1.4 per cent compared to the previous month and were 10.2 (May: 9.6) per cent above the level of the same month last year. Economists had projected a monthly price increase of 1.5 per cent and annual inflation of 10.3 per cent.

New orders in the US industry increased by 1.5 per cent in June compared to the previous month. Economists had predicted an increase of 1.0 per cent. In the prior month, there was a plus of 2.3 per cent, as the US Department of Commerce further announced. A preliminary increase of 1.7 per cent had been reported.