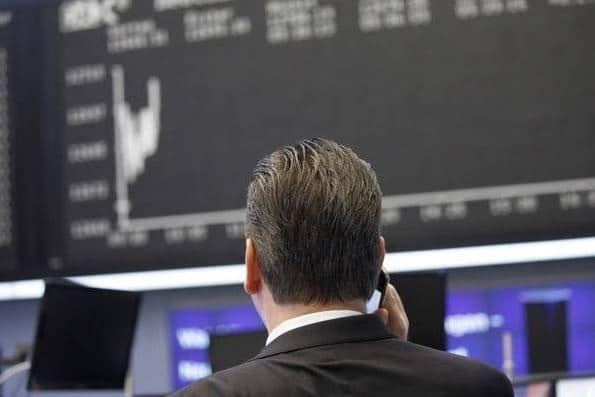 After the US holiday at the beginning of the week, the stock market still lacks impulses in the morning, which was already evident in Asian trading.

A few important economic releases are due today, which will lead to more substantial trading activity and higher volatility. Today, at 09 am GMT, producer prices for the eurozone will come to the fore. The high-profile ISM manufacturing index in the US follows at 14:00 GMT. At the same time, there are new figures on US construction investment in July. The speech by Eric Rosengren, President of the Fed in Boston, will take place around 9 pm GMT.

The Asian stock exchanges did not find a common direction on Tuesday. While the Nikkei 225 rose moderately by 0.16 per cent in Japan, prices in China fell slightly for the most part. On the mainland exchanges of the CSI 300, for example, prices recently fell by 0.05 per cent, and in Hong Kong, the Hang Seng fell by 0.1 per cent.

After the US holiday, there was a lack of momentum at the start of the week, and in the so important trade talks between the USA and China, there are apparent difficulties in finding a date. The financial news agency Bloomberg reports that so far no agreement has been reached on the conditions for a resumption, citing people familiar with the matter.

The European stock markets are going down a little on Tuesday. The EuroSTOXX 50 presents itself in the red shortly after the start of trading around 3,420 points.

Investors are continuing to focus their attention on the United Kingdom, where the Brexit dispute is entering a new round. Prime Minister Boris Johnson, for example, announced that he would dissolve parliament and arrange for new elections in the event of a defeat on his Brexit course. This had significant consequences to the British Pound as we will discuss in our Forex updates section.

Investors in the domestic German market do not dare to venture out of cover for the time being this Tuesday. The DAX opens trading 0.3 per cent lower at around 11,900 points. The TecDAX is also somewhat lower shortly after the start of trading.

The foreign exchange market also remained fairly quiet on Monday. However, the Cable took a deep dive after Boris Johnson announced that he would dissolve parliament and arrange for new elections in the event of a defeat on his Brexit course. At present, the GBP/USD currency pair is trading below $1.1980.

The euro is also continuing its downtrend is currently falling against the US dollar to $1.0931. This is the lowest level since May 2017.

The AUD/USD pierces 0.6700 as the RBA not only refrained from rate alteration but offered a positive outlook on its economic. The US-China trade struggle, as well as the US traders’ return, manufacturing PMIs, will be in the spotlight for now. With the Reserve Bank of Australia holding back its rate change trajectory, coupled with a slight upbeat economic outlook, AUD/USD crossed back 0.67 during early Tuesday. The Australian central bank left its cash rate unchanged at 1.0% during today’s monetary policy meeting. The Aussie central bank also sounds optimistic when it comes to economic growth expectations and employment while showing concerns for inflation. It should further be noted that the RBA refrains from providing any clear signs of further rate cuts while remaining on a “wait and see” strategy.

The gold price loses some ground in the morning. The precious metal gives way 0.1 per cent to 1,527 US dollars per troy ounce. Calculated in euros, the price even rises somewhat to 1,396 euros and is thus only slightly below the recently reached record high.

Oil prices continue to point downwards. On Tuesday morning, one barrel of Brent costs $58.10, about 0.75% less than the previous day. WTI Oil loses about 0.50 per cent and currently costs $54.50 a barrel.

Yesterday, the cryptocurrency market generally showed a clear upward trend. A Bitcoin costs more than $10,000, an Ethereum token $178 and an XRP around $0.26. The overall market cap for the crypto asset class is sitting at around $265 billion.

On the way to a new government in Italy another hurdle has to be cleared on Tuesday: The five-star populist movement has its party members vote on a coalition with the Social Democrats (PD). From 9 am to 6 pm the members are to decide by online vote whether such an alliance will be formed under the leadership of Giuseppe Conte as prime minister. The non-party potential head of government had announced that he wanted to have a government team together by Wednesday at the latest.

Deutsche Börse to be included in EuroStoxx 50

Deutsche Börse moves up into the leading index of the eurozone, the EuroStoxx 50. This was announced by the index provider Stoxx Ltd, a subsidiary of Deutsche Börse, on Monday evening. The resolutions will take effect on Monday, September 23, at the start of trading. Deutsche Börse Unibail-Rodamco-Westfield has dropped.

Meanwhile, Adidas has missed the jump into the Stoxx 50. Instead, the British media group Relx is moving up into the index for Europe’s 50 largest companies.

Battery manufacturer Varta plans to further expand its production capacity for lithium-ion batteries to more than 150 million cells annually by 2022. The company plans to invest an additional 130 million euros in this project. The company explained that the background is the high demand in a market that is growing by more than 30 per cent annually.