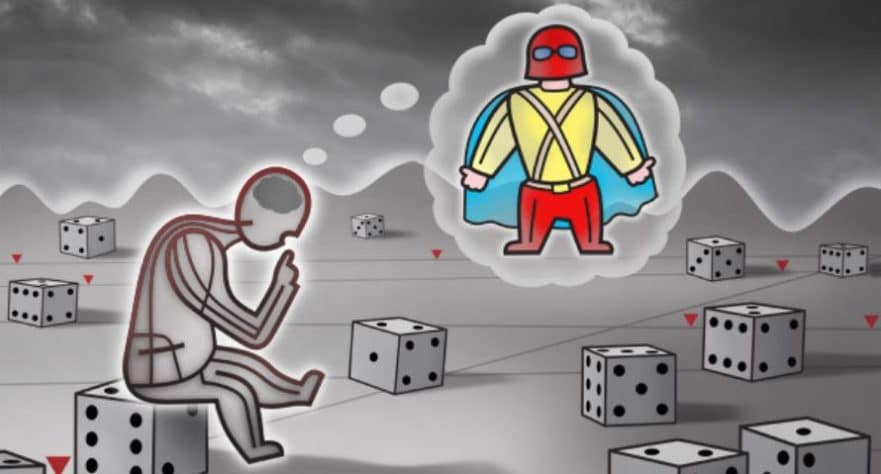 US President Donald Trump has once again clouded the pre-Christmas mood on the stock markets. With the delay of the China deal and customs threats against France, he scared investors off on a broad front. Hopes for a pre-Christmas rally are also dwindling.

Investors are increasingly losing the faith of a trade agreement between China and the USA this year. US President Trump, in any case, is in no hurry to reach a deal with Beijing soon. “I don’t have a deadline,” Trump said on Tuesday in London on the sidelines of the NATO summit. He said he could envisage an agreement with Beijing even after the presidential election in November 2020. Lately, the sentiment was shifting towards that a deal would be signed soon.

Besides, Trump is now also targeting France – because of his introduced “digital tax”. Washington wants to impose punitive customs duties of up to 100 per cent on certain goods such as champagne or cheese. Before the start of the NATO summit and a meeting with his French colleague Emmanuel Macron, Trump declared in London that it was a “small dispute”. He believes that it is “probably possible” to settle things quickly.

On Monday, the US President had already unsettled the global markets by announcing that he would reactivate tariffs on steel and aluminium from Argentina and Brazil. As a result, the stock markets had recorded significant losses.

The many customs disputes dragged Wall Street further into the red today. After the Dow Jones had already suffered heavy losses the previous day, the second trading day of the week saw a further decline.

The Dow Jones opened with a minus and continued to fall to 1.01 per cent and thus 27,503.48 points. The NASDAQ Composite also moved into red territory, having already been lower at the start of trading. At the close of trading, the tech share barometer fell 0.55 per cent to 8,520.64 points.

The stock markets in Asia also tended to weaken somewhat on Tuesday. The reason is the continuing trade conflict between the US and China following the recent threats by the US President to France. In Japan, the Nikkei fell by 0.6 per cent to 23,379 points. In Hong Kong, the Hang Seng lost 0.2 per cent. The CSI 300 index with the 300 most important stocks on the Chinese mainland stock exchanges, on the other hand, gained 0.1 per cent.

In the Far East, too, it was statements by US President Donald Trump that made investors sceptical.

On the second day of the week, most stock markets in Europe turned loss-making.

The EuroSTOXX 50 opened on green ground, but uncertainty returned – the index ultimately lost 0.43 per cent at 3,610.99 index units.

On the other hand, the German stock market was able to say goodbye on Tuesday with a small plus.

The DAX started higher and initially held above the psychologically important mark of 13,000 points, but during the day customs concerns pushed it down again. In the end, an increase of 0.19 per cent to 12,989.29 points stood at the table. The TecDAX climbed into positive territory at the start of trading and was able to defend its gains. It closed 0.44 per cent higher at 3,005.13 points.

The euro did not move more strongly in late US currency trading on Tuesday. At 1.1081 US dollars, the European common currency, the euro, was traded at roughly the same level as late European currency trading. The European Central Bank (ECB) had previously set the reference rate in the afternoon at 1.1071 (Monday: 1.1023) dollars. The dollar had thus cost 0.9032 (0.9071) euros.

A rising lead of the conservatives under Prime Minister Boris Johnson drove the British pound upwards. It gained 0.4 per cent to 1.2994 dollars.

Some investors brought their money to safety in the bond market. In return, the yield on the ten-year federal bond fell to minus 0.297 per cent. US Treasury bonds also significantly increased gains in late trading on Tuesday. Gold rose by more than one per cent to 1,478 dollars per troy ounce.

Oil prices, on the other hand, fell slightly on Tuesday. Most recently, a barrel of Brent crude cost 60.81 US dollars. That was 11 cents less than the day before. The price for a barrel of West Texas Intermediate (WTI) fell by 8 cents to 55.88 dollars.

The cryptocurrency market remained stable on Tuesday and didn’t move much. Bitcoin is currently priced at approximately $7,300, Ethereum at $148 and XRP at $0.22.

VW benefits from SUV boom in the USA

After two weaker months, Volkswagen again recorded strong growth in unit sales in the USA. In November, the Wolfsburg-based company sold nine per cent more vehicles. SUVs, in particular, were in high demand. VW recently launched an SUV offensive with the fresh model of the Tiguan and the new Atlas. In the annual balance sheet to date, VW is up 4.2 per cent and is on course to sell more cars in the USA for the first time than before the exhaust gas scandal that was discovered in 2015. The sports car manufacturer Porsche also benefited from its SUV models. Overall, the VW subsidiary sold 11.5 per cent more vehicles in November.

According to rumours, speculations that Formula 1 world champion Lewis Hamilton could switch to the Italian sports car manufacturer play a role. In addition, the investment bank Goldman Sachs has confirmed its buy recommendation and raised its price target to 170 euros. As a result, Ferrari shares are quoted higher.

Instead of going to the shopping mall, customers in the US placed online orders worth $9.2 billion on Monday after Thanksgiving, according to estimates by market researchers at Adobe Analytics. That was about 17 per cent more than in the previous year. For the first time, three billion dollars were spent on smartphones alone, the experts’ forecast. According to Adobe, the biggest price reductions were on televisions and computers. Internet retailers had also scored this year with free deliveries and early advertising campaigns.

Large companies with their broader range of products and investments in smartphone apps, for example, benefited more than smaller providers from Cyber Monday. Market leader Amazon and rivals such as Walmart and Target had already upgraded their delivery service in advance.