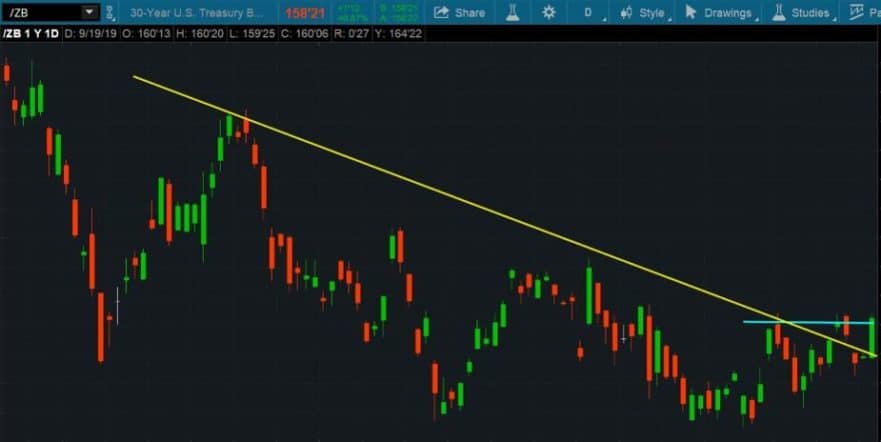 Concerns about the corona-virus remain in the market but have tended to recede into the background on the stock markets. This was partly due to positive developments in Asia and partly because the Chinese central bank once again injected the market with liquidity.

Nevertheless, the virus worries are far from over. “As long as the number of new infections has not peaked, the willingness to take risks can quickly disappear again,” said Rabobank investment strategist Jane Foley. According to the government in Beijing, more than 20,000 people have been infected with the coronavirus in China to date. By now, 479 people have died from it. Besides, the first case in Ecuador has now also been reported.

The fight against the new coronavirus could also affect the implementation of the trade agreement between the People’s Republic and the USA. There is speculation in the market about a more flexible interpretation of the treaty goals because of the strain of the virus. This is also contributed to by the fact that concerns about new punitive tariffs have diminished.

On Tuesday, the US stock markets showed a clear uptrend. The leading index, the Dow Jones, rose sharply during the US session and closed trading with a plus of 1.44 per cent at 28,808.57 points. The tech stocks index NASDAQ Composite also closed the day significantly stronger, up 2.10 per cent to 9,467.97 points.

With numbers from Google’s parent company Alphabet, the accounting season increasingly came into focus. After hours the Disney and Snap balance sheets are still on the agenda.

The coronavirus has also lost some of its terror on the Asian stock exchanges. The central bank is supporting the country’s financial system with a cash injection and a limited interest rate cut in response to the coronavirus crisis. The risks remain, however.

However, the question remains if those gains will hold or if they were only due to bargain hunters jumping into the market.

Europe’s stock exchanges also traded higher on Tuesday. The EuroSTOXX 50 continued to post gains on Tuesday. At the close of trading, the index was up by a solid 1.93 per cent to 3,731.90 points.

In the wake of strong Wall Street and the positive signals from Asia, the leading German index also made up some ground again. The Dax 30 closed 1.8 per cent stronger on Tuesday at almost 13,282 points. This is the biggest daily gain in four months. The TecDAX also moved into green territory after opening with a plus and went up 1.93 per cent to 3,124.76 units.

On the currency market, the crisis surrounding the spread of the coronavirus receded into the background for the time being. Currencies such as the Japanese yen, the Swiss franc, and also the US dollar, which are considered safe havens for investments, were less in demand than in the past few trading days. The decisive factor was a price recovery on the major stock exchanges. Previously, uncertainty about the further spread and economic consequences of the coronavirus had caused increased uncertainty on the markets.

New economic data was also unable to provide any significant impetus for trading on the currency market. In December, new orders in the US industry had risen more strongly than expected. At the same time, however, the data for new orders in November were revised downwards.

The euro gained some ground again on Tuesday in late US currency trading. Most recently, the common currency traded at $1.1043. In late European trading, the euro had dropped to 1.1033 dollars. Market observers spoke of quiet trading with little momentum.

Oil prices recovered at times but then turned negative in the evening. A barrel of North Sea Brent currently costs USD 55.26 – one per cent more than on Monday. The price of American WTI crude oil rose by 1.6 per cent to 51.16 dollars. Last night, crude oil prices had fallen to their lowest level for a good year. American crude oil cost less than 50 US dollars for the first time since January 2019.

Gold prices stayed on the back foot and decreased as low $1,549 during the US session on Tuesday. The yellow metal witnessed sharp declines tas markets turn cautiously optimistic following data from the key economies and China’s active efforts to appease the investors.

The cryptocurrency market showed some interesting movements on Tuesday. Over the years, the main market mover was Bitcoin, and most altcoins were following Bitcoin’s direction. Yesterday, however, most major digital assets recorded small to medium losses, while XRP increased sharply and Stellar Lumens piggy-backing on the move. Bitcoin lost 1.2 per cent to $9,180, and Ethereum decreased by 0.22 per cent to $189, while XRP rose by over 6 per cent to $0.2650.

Ferrari stays on the winning track

The fact that the surplus nevertheless fell by 11 per cent to 699 million euros is explained by the fact that Ferrari hardly had to pay any contributions to the state in 2018 due to a tax credit.

Trade with the Best Italian Brokers

The shareholders of the US jeweller Tiffany have approved the billion-euro takeover by the French luxury goods group LVMH with a large majority.

LVMH Moët Hennessy Louis Vuitton, the group of French billionaire Bernard Arnault, had announced in November that it would buy the famous US jeweller for around 14.7 billion euros. The transaction is to be completed by the middle of the year.

LVMH CEO Arnault said that the green light from shareholders was an essential step on the way to the purchase of Tiffany. He spoke of an “iconic company”. The jeweller had become famous through the Hollywood movie “Breakfast at Tiffany’s”, among other things.

LVMH Moët Hennessy Louis Vuitton is the world’s leading luxury goods group. The group includes champagne houses such as Veuve Clicquot Ponsardin and Krug as well as fashion houses such as Kenzo and Fendi. The jewellery company, founded by Charles Lewis Tiffany in New York in 1837, has, according to information, more than 300 stores worldwide and employs around 14,000 people. The store on New York’s Fifth Avenue is particularly well-known.