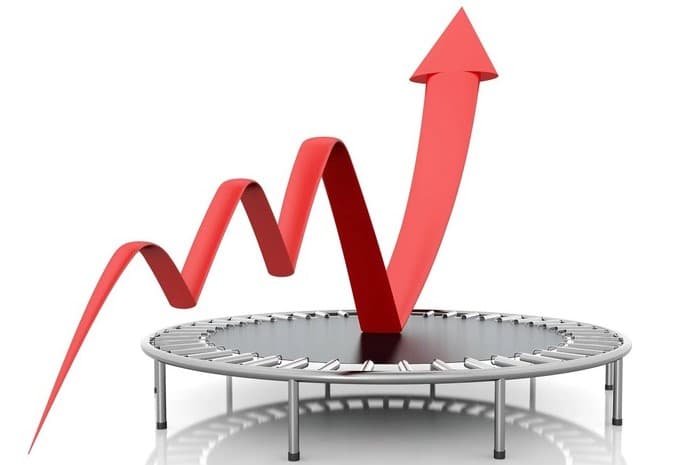 On Wall Street, the losses of the previous day were almost made up in a counter-movement. However, no one really wants to believe in a turnaround. Rather, the environment remains full of familiar risks.

For example, there are still uncertainties surrounding the payment difficulties of the Chinese real estate giant Evergrande, and the dispute over the debt ceiling between Democrats and Republicans will probably continue for a few weeks.

Fundamental tailwind, at least for the US markets, came in the afternoon from the ISM index. Sentiment in the US service sector surprisingly brightened in September.

The US leading index Dow Jones opened with a small gain and increased this significantly in the further course of trading. The Dow ultimately ended the day 0.92 per cent higher at 34,315.99 points. The NASDAQ Composite also made strong gains, closing 1.25 per cent higher at 14,433.83 points.

The US stock markets thus made up for their weak start to the week. However, since the recently weak technology stocks drove these gains, market observers saw this as more of a technical recovery after the recent price setback.

In Asia, the markets trended in different directions on Tuesday. In Japan, the Nikkei benchmark index fell by 2.19 per cent to 27,822.12 points by the end of trading. The Shanghai stock exchange also remained closed on Tuesday for the bank holidays. In Shanghai, the holiday break, also called “Golden Week”, continues up to and including this Thursday. Most recently, on the Chinese mainland, the Shanghai Composite had risen 0.90 per cent to 3,568.17 points last Thursday. The Hang Seng in Hong Kong eventually went up 0.28 per cent to 24,104.15 units on Tuesday.

Concerns about sustained high inflation in the face of ever-rising energy prices and related fears of an economic slowdown weighed on sentiment.

Meanwhile, the real estate giant Evergrande remained in the spotlight, with its shares still suspended from trading. In addition, Fantasia, another property group with financial problems, came into focus.

The mood on Europe’s stock markets was good today. After its friendly start, the EuroSTOXX 50 was able to gain even more in the further course of the day and finally ended trading with a substantial increase of 1.73 per cent to 4,065.43 points.

The consolidation thus continued, supported in particular by price gains in the previously weakening technology sector. But traders on Europe’s stock exchanges saw few reasons to buy, it was said on the market. Concerns about inflation, the economy, and lost sales due to supply chain problems are currently weighing on the markets.

The euro was weighed down in trading today by robust economic data from the US. At the end of trading, the euro cost 1.5999 US dollars on the foreign exchange market.

The gold price softened somewhat, dropping as low as $1,750 before recovering to $1,760 per troy ounce.

Cryptocurrencies continued to be in demand, receiving boosts from numerous directions. For example, US Bank announced that they would soon offer custodianship for digital assets to its wealthy investors and institutions. Bitcoin rose a further 3.9 per cent to $51,300, while Ethereum and Binance Coin both added around 2.5 per cent to $3,494 and $439, respectively. XRP rose 2 per cent to $1.07, while Solana lost 2.2 per cent to $162.

The recovery in the services sector in Germany lost momentum in September. According to final data for the month, IHS Markit’s Purchasing Managers’ Index for the sector weakened to 56.2 from 60.8 points. Economists had predicted a reading of 56.0. The preliminary reading for September was 56.0. Overall, growth in Germany’s economy slowed in September. The composite index for private-sector production fell to 55.5 from 60.0 points in the previous month.

Slowing demand and supply problems caused a further economic slowdown in the eurozone in September. The composite index for eurozone private-sector output, which includes industry and services, fell to 56.2 points from 59.0 in August, the IHS Markit Institute reported in a second release. A decline to 56.1 points had been reported in the first release. The Purchasing Managers’ Index (PMI) for the service sector fell to 56.4 points from 59.0 in the previous month.

Sentiment in the US service sector brightened surprisingly in September. The purchasing managers’ index of the Institute for Supply Management (ISM) rose by 0.2 points to 61.9 points compared to the previous month, as the institute announced in Tempe on Tuesday. Analysts, however, had expected a decline to 59.9 points.

Business activity in the US services sector, on the other hand, was more subdued in September than in the previous month. According to the release, IHS Markit’s Purchasing Managers’ Index for the sector weakened to 54.9 from 55.1. Economists had predicted a reading of 54.4. The preliminary reading for September was 54.4.

The US trade deficit rose to a new record in August as Americans showed strong demand for imported goods. According to preliminary calculations, the deficit was $73.25 billion, up from a revised $70.30 billion (preliminary: 70.05) the previous month. Economists had expected a liability balance of 70.70 billion dollars. Exports increased 0.5 per cent from the last month to $213.74 billion, while imports reached a record $286.991 billion, up 1.4 per cent of the prior month.