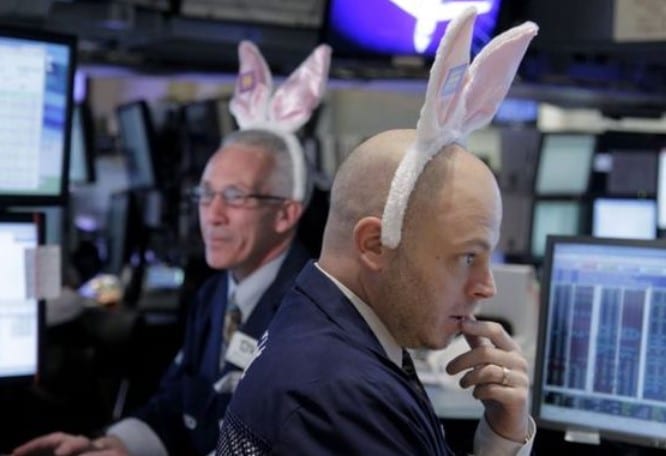 Experts attribute the recent stock market upswing in the USA, among other things, to positive economic data, especially from the labour market last week. These confirm the scenario of a robust economic upswing. This is also true of the latest US labour market report, which reinforces economic optimism and thus continues to drive share prices.

In addition, of course, there is the government’s billion-dollar economic stimulus programme and the current progress in vaccination, which are even pushing inflation fears into the background at the moment. The yield on ten-year US government bonds fell to 1.66 per cent.

The Dow Jones started Tuesday’s trading session weaker, initially hovering around the zero lines before falling below it. In the end, however, it lost 0.29 per cent to 33,430.84 units. The tech index NASDAQ Composite also opened lower and could not hold interim gains: It finally lost 0.05 per cent to 13,698.38 units. Meanwhile, the S&P 500 set a new record: the all-time high currently stands at 4,086.23 points, but the index exited the trading session 0.10 per cent weaker at 4,073.95 points.

After a solid start to the week, Wall Street shifted down a gear on Tuesday. Robust economic data, including a much better US jobs report for March, had sent both the Dow Jones and the S&P 500 to new record highs the previous day.

There were no economic data releases on Tuesday’s agenda.

The reported new Caixin purchasing managers’ indices for manufacturing and services in China in March were mixed from the previous month and did not create a clear momentum. In Tokyo, the slightly firmer yen also held back trading, and participants spoke of profit-taking.

Trading in Hong Kong remained closed due to a public holiday and will not resume until tomorrow, Wednesday.

The most important European stock exchanges were higher after the long weekend, spurred on by positive impulses from overseas. The EuroSTOXX 50 ended trading 0.68 per cent higher at 3,972.60 points.

After the long weekend, the DAX already trumped its recent record high at the start – the German benchmark index peaked at 15,311.86 units. It finally exited trading 0.70 per cent firmer at 15,212.68 points. The TecDAX also posted gains after opening the trading session higher. In the evening, it was still up 0.35 per cent at 3,455.84 points.

Unlike in the USA, the corona panic is by no means over in Germany and other European countries. However, the strong recovery after corona is already being priced in when the economy has regained its footing. According to experts, only when this scenario starts to crack could the stock market’s gloriousness come to an end.

The euro extended its gains against the US dollar more significantly in the late evening and is most recently trading at a daily high of 1.1875 dollars. On Monday, the common currency had regained the 1.18 dollar mark in Forex trading.

Oil prices rose significantly on Tuesday, making up for most of the previous day’s heavy losses. The International Monetary Fund (IMF) has raised its forecasts for global economic growth, which should also help oil prices in the long term. In the evening, a barrel of Brent cost 64.04 US dollars, a whopping 1.90 dollars more than the previous day. The price of US WTI light oil rose even by 2.09 dollars to 59.74 US dollars per barrel.

On the precious metals and commodities market, gold and silver prices rose further today. The troy ounce of gold gained 0.7 per cent to 1,742 US dollars.

The emerging cryptocurrencies asset class has gained further traction on Easter Monday and today, testing the $2 trillion market capitalisation mark for the first time. The biggest gainer was XRP, rising a further 25.5 per cent to $1.05. The now fourth-largest cryptocurrency by market cap has confirmed its outbreak, holding above a resistance-turned-support level held for over three years! Meanwhile, Bitcoin’s overall market dominance continues to weaken and is now sitting at just above 54 per cent. Both Bitcoin and Ethereum fell by over 2 per cent while altcoins, such as Cardano, ChainLink, Litecoin or Theta, gained between 3 and 6 per cent.

China’s services sector continued to recover in March despite inflationary pressures. According to a survey released today, business optimism rose, and firms also hired more employees. “The covid-19 bursts that occurred in autumn and winter have essentially subsided, and the service sector has recovered quickly as supply and demand expand,” said Wang Zhe, senior economist at Caixin Insight Group.

The Caixin/Markit Purchasing Managers’ Index (PMI) rose to 54.3 from 51.5 in February, data from the National Bureau of Statistics showed. The PMI rose to its highest level since December, well above the 50 mark that separates growth from contraction. Businesses reported the strongest increase in their total turnover in three months. Nevertheless, service companies’ costs continued to rise, albeit at a slower pace than the previous month, according to the survey. Analysts expect a strong recovery in the Chinese economy for the whole year.

The rise in the Sentix economic index for Germany continued in April. According to the consultancy Sentix, the index rose to plus 20.0 (March: plus 11.9) points. This is the highest value since August 2018. The situation assessment index rose to plus 4.5 (minus 9.5) points. With the eleventh consecutive increase, the situation index now managed to rise above the pre-crisis level of January 2020. The expectations index improved to plus 36.8 (plus 35.8) points.

Unemployment in the eurozone remained stable in February. However, the value for the previous month was revised upwards. According to the European statistics authority Eurostat, the unemployment rate in February remained at the last month’s level of 8.3 per cent. A rate of 8.1 per cent had been provisionally reported. Economists surveyed by Dow Jones Newswires had forecast a rate of 8.1 per cent based on the preliminary January figure.