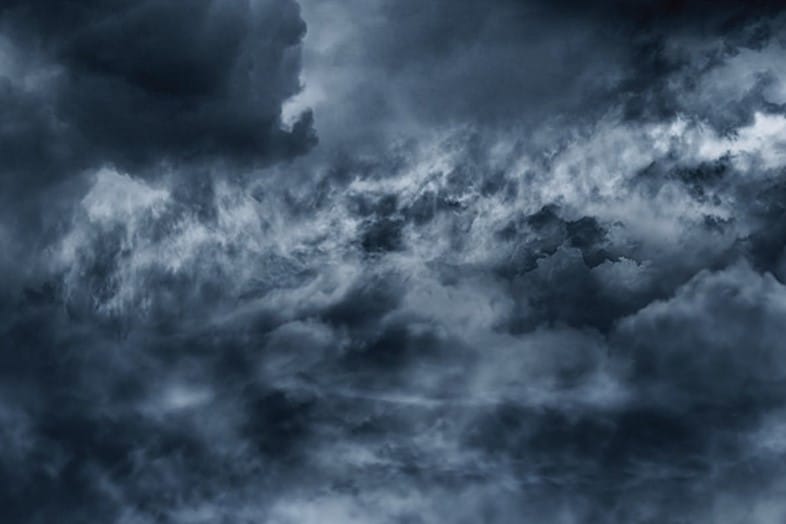 The mood on the stock markets has clouded over today. Weak economic data and rising oil prices pulled the Dow Jones, EuroSTOXX, DAX & Co down. Some market observers are already warning that if oil prices were to increase rapidly within a short time, inflation concerns would probably come to the fore again and weigh on stock market sentiment. Today, the European inflation barometer, the so-called Five-Year-Five-Year-Forward, rose to a two-and-a-half-year high.

In the evening, the computer giant Microsoft also made headlines. The US Department of Defence cancelled a ten billion dollar contract awarded to the IT company Microsoft, for which the internet giant Amazon had also bid. The project to build a cloud system called Jedi no longer met the ministry’s needs, the Pentagon explained. Steps have been taken to cancel the contract.

Different trends were observed on the US stock markets on Tuesday. The Dow Jones started barely moved and then slid deeper into the red. It ended the session 0.6 per cent lower at 34,577.37 points. The NASDAQ Composite recorded an initial plus and closed 0.17 per cent higher at 14,663.64 index units. Meanwhile, the S&P 500 and NASDAQ 100 set new records.

The US stock markets started trading again for the first time after the long weekend on Tuesday. However, due to a lack of momentum, US stock market trading was initially quiet. However, as the day progressed, weaker-than-expected economic data dragged the US leading index deeper into the red.

The Asian stock markets continued to move in different directions on Tuesday. In Tokyo, the Japanese benchmark index Nikkei gained 0.16 per cent to 28,643.21 points by the closing bell. On the Chinese mainland, the Shanghai Composite closed with a loss of 0.12 per cent to 3,530.26 units. The Hang Seng went into the close 0.25 per cent lighter at 28,072.86 points on Hong Kong’s stock exchange.

The Chinese authorities crackdown on tech giants weighed on prices. In Japan, on the other hand, higher-than-expected consumer spending in May created a good mood. In addition, the yen was sought after as a safe haven, according to experts.

The European stock markets were weighed down by economic data today, and all closed in the red. The EuroSTOXX 50 started trading almost exactly at its previous day’s level but suffered losses in the day and closed 0.85 per cent lower at 4,052.67 points.

The DAX already opened somewhat lower and then slipped further. The German benchmark index ended the day down 0.96 per cent at 15,511.38 points. The TecDAX started the day slightly higher and closed 0.98 per cent higher at 3,601.93 points.

Important economic data was due on Tuesday, such as the ZEW index for Germany and the ISM survey of service providers in the USA in the afternoon. The ZEW economic expectations in July have dimmed more than previously expected. US service providers reported a slowdown in business in June.

The euro lost ground on the foreign exchange market. In the afternoon, the European single currency was traded at 1.1822 US dollars. Rather disappointing economic data from Germany and the rather gloomy mood on the financial markets weighed on the euro.

Oil prices came under intense pressure in afternoon trading on Tuesday. Initially, oil prices rose to new multi-year highs following the provisional end of the talks of the OPEC+ oil alliance. In the meantime, uncertainty is growing as to how things might proceed after the decision. The price of North Sea Brent fell by a whopping 2.40 dollars per barrel to 74.76 US dollars. In the morning, the price had reached 77.84 dollars, the highest level since October 2018. WTI oil from the USA fell by 1.50 dollars to 73.68 in the afternoon after it had climbed to its highest level since the end of 2014 at just under 77 dollars in the morning.

Gold initial benefitted initially and rose to almost $1,815 before the greenback gained strength again, putting pressure on commodities and precious metals. In the end, gold closed at $1,795 a troy ounce.

Similarly, cryptocurrencies initially moved up higher again before the trend changed and prices fell. Still, Bitcoin and co were able to post gains, and the overall market capitalization for digital assets rose by 1.41 per cent to $1.45 trillion. Bitcoin gained 0.5 per cent to $34,100, while Ethereum rose 3.6 per cent to $2,320. Binance Coin appreciated by 6 per cent to $323, while XRP only added 0.5 per cent to $0.6660.

Incoming orders in German industry developed much weaker than expected in May. According to the Federal Statistical Office, orders fell by 3.7 per cent compared to the previous month and were 54.3 (April: 80.2) per cent above the level of the same month last year, adjusted for calendar effects. Analysts surveyed by Dow Jones Newswires had forecast a monthly increase of 1.0 per cent.

Retail sales in the eurozone rose more strongly than expected in May. Compared to the previous month, revenues climbed by a seasonally adjusted 4.6 per cent, as the European statistics office Eurostat announced in Luxembourg on Tuesday. Analysts had forecast an average increase of only 4.3 per cent. However, the decline in April was more pronounced than previously known. Turnover fell by a revised 3.9 per cent after a drop of 3.1 per cent had initially been calculated.

Business activity in the services sector in the United States was more subdued in June than in May. IHS Markit’s Purchasing Managers’ Index for the service sector weakened to 64.6 from 70.4. Economists had predicted a reading of 65.2. The preliminary reading for June was 64.8. Overall, the US economy slowed in June. The composite index for production in the private sector – industry and services combined – fell to 63.7 from 68.7 points in the previous month.

The ISM non-manufacturing index in the USA fell to 60.1 in June from the record 64.0 registered in May, according to data from a survey compiled by the Institute for Supply Management. Economists surveyed by The Wall Street Journal had expected a reading of 63.3.