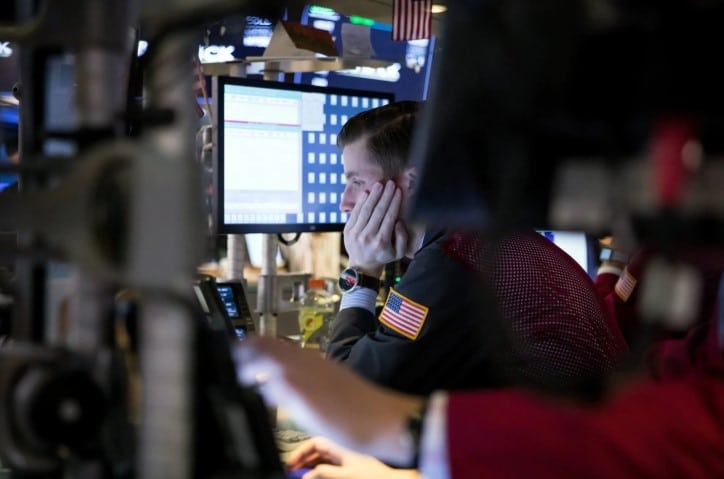 Further down it goes

The most important US stock markets continued to work their way into the red yesterday. After all, they ended trading slightly above their daily lows. The Dow Jones index closed 2.9 per cent lower at 25,717 points. The broader S&P 500 fell by around three per cent to 2,844 points. Both stock indices lost more than three and a half per cent in the meantime. The composite index of the Nasdaq technology exchange fell 3.5 per cent to 7,726 points. Here, the minus was even more than four per cent at times.

The reason for the slump was, again, the trade war between the USA and China, which is further degenerating. China reacted to the latest US customs announcements with the statement that it would no longer buy American agricultural products. The Chinese currency, the yuan, also slipped. One dollar costs more than seven yuan for the first time since 2008. The currency may only exceed or fall below a rate set daily by the central bank within a specific range. That the yuan is now sitting at a lower value is apparently by design.

So far, the Chinese central bank has prevented a weaker yuan in order not to endanger negotiations with the USA. The fact that this is now no longer being prevented shows that China seems to be giving up hope of a settlement to the trade dispute with the USA.

The Nikkei index is down by 0.9 per cent to 20,528 points shortly before the close of trading. On the Chinese mainland exchanges, the CSI 300 fell by more than 2 per cent, and in Hong Kong, the Hang Seng fell by 0.7 per cent.

After the price slide at the start of the week, the German stock market is expected to remain stable on Tuesday. The X-Dax as an indicator for the German benchmark index signalled a plus of 0.4 per cent to 11,710 points before the start of Xetra trading. On the previous day, the most important German stock market barometer had lost 1.8 per cent. The EuroStoxx 50 as the leading index for the Eurozone is also expected to move higher on Tuesday morning.

In the Forex market, the euro is trading at around 1.12 US dollars in the morning. The Aussie dollar has managed to recover some of its massive losses of the last couple of days during the Asian session this morning and currently sits just below the 0.68 US dollar mark.

Oil prices stabilised somewhat. Currently, Brent Oil is trading at around $60.22. Gold prices continued to rise yesterday, but lost some ground this morning and is currently trading below $1.460.

Trade with the best broker for cryptocurrencies

The cryptocurrency Bitcoin has also gained significantly and has now passed the 12,000 US dollar mark. On Tuesday morning, the price on the Bitstamp trading platform continued to climb to currently 12,178 dollars. This is the highest value since mid-July. In the past week, Bitcoin had been traded still clearly under 10.000 dollar and thus approximately thirteen per cent lower than on Tuesday. Other large-cap digital currencies such as Ripple’s XRP, Ethereum, Litecoin, BitcoinCash, EOS, Monero and Tron are also continuing to gain significantly.

New newspaper giant in the USA

The US local newspaper group New Media Investment Group buys the “USA Today” publisher Gannett for 1.4 billion dollars. But will this help to stop the decline of printed news?

The two companies announced on Monday that they had agreed on a purchase price of 12.06 dollars per share. The merger will create a new newspaper giant in the United States called Gannett. The new group will publish 260 daily newspapers and more than 300 weekly publications in 47 states.

The two companies expect the merger to result in annual savings of approximately $300 million. In addition, they wanted to “advance quality journalism”.

In the past, however, both companies had attracted attention through job cuts among journalists. The newspaper industry in the USA is struggling hard, with websites and news apps replacing daily newspaper reading for more and more readers.

Not surprisingly, New Media boss Michael Reed announced on Monday that the goal of the merger would also be to expand the digital business.

But this is unlikely to help much to alleviate the pain of the publishing houses. Because the money they can make with digital advertising today is only a fraction of what print advertising once brought them.

On closer inspection, the billion-dollar deal turns out to be less a sign of strength than of weakness. Especially since the new newspaper Goliath in the USA faces many small online Davids.