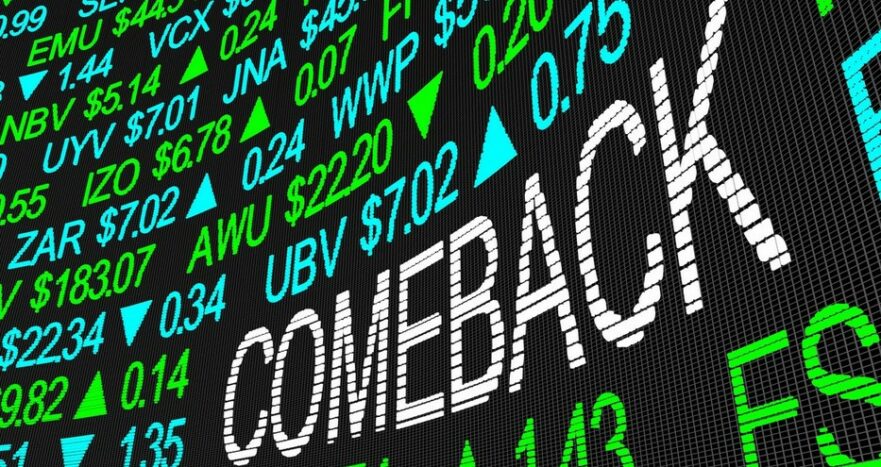 The vigorous recovery of share prices on Wall Street at the beginning of the week continued on Tuesday. This is because worries about the economic consequences of a spread of the new Corona variant Omikron continue to ease in the USA.

According to Anthony Fauci, Omikron is apparently no worse than other corona variants. “It is almost certain that it is no worse than Delta,” US President Joe Biden’s top corona adviser told the AFP news agency today. He said there was some evidence that Omikron might even be less severe.

Symbolic of the new strength of the technology sector are the shares of the cult company Apple, the most expensive listed company in the world. They rose to a record high of 171.58 dollars and closed 3.54 per cent higher at 171.18 dollars. Investors were mainly betting on the good Christmas business for the new iPhone 13. It is also the strongest sales period of the year for Apple.

Investors in the US stock markets piled in on Tuesday. The Dow Jones opened the session higher and then extended its gains. It ended the day up 1.4 per cent at 35,720.55 points. The NASDAQ Composite index of tech stocks started the day higher and was able to post even more significant gains than the US index. At the close, it was 3.03 per cent stronger at 15,686.92 points.

Concerns about the consequences of the spread of the corona variant Omikron continued to ease on the second trading day of the week. At the start of the week, there were signals that the new variant might be less threatening than initially feared.

Meanwhile, investors continue to look towards the highly indebted Chinese real estate group Evergrande. The Bloomberg news agency reported that several lenders had to continue waiting for an interest payment due after a grace period expired.

On the economic front, eyes are on US inflation data on Friday. The US Federal Reserve is likely to see a further rise in inflation as confirmation that it will reduce its securities purchases more quickly than previously planned – at least that is what Fed Chairman Jerome Powell recently indicated.

Hopes for a mild course of infection with the Omikron variant and positive guidance from the USA supported prices in Asia. In Hong Kong, investors were also relieved about a possible restructuring of the debt of the ailing property group. However, insiders said that the group had failed to meet payment obligations on foreign corporate bonds during trading.

There was also data on Chinese foreign trade on Tuesday: although exports lost some steam, imports significantly exceeded expectations.

The European stock exchanges were very strong in Tuesday trading. The EuroSTOXX 50 was already higher at the start of trading and significantly expanded its gain in the day. In the end, it grew by 3.36 per cent to 4,276.20 index units.

Strong price gains were also seen on the Frankfurt stock exchange today. The DAX 40 ended up 2.82 per cent higher and closed at 15,813 points, close to its daily high of 15,827 points. The TecDAX also started trading on a firmer note and made further gains as trading progressed. At the end of the session, it was 3.69 per cent higher at 3,891.55 points.

The domestic stock market continues to receive a tailwind from the weak euro. On the Forex market, the euro is suffering from the prospect of higher interest rates in the US, which in turn is boosting the greenback. In US trading, the common currency has stabilised somewhat at 1.1269 dollars, after only 1.1230 dollars had to be paid at the low in European trading. Solid data on industrial production in Germany did not help the euro either.

Oil prices continued their recovery and increased significantly. Since the beginning of the week, the oil market has been dominated by positive news. Brent oil rose by 2.91 dollars to 75.99 US dollars, while the American variant WTI even rose by 3.13 dollars to 72.62 dollars.

The gold price held strong and ultimately gained almost $10 to $1,785 per troy ounce.

Production in Germany‘s manufacturing sector increased significantly in October. According to the Federal Statistical Office, it increased by 2.8 per cent compared to the previous month. It was 0.6 (September: 0.4) per cent below the level of the same month of the last year adjusted for working days versus 1.0 per cent forecast.

The economic expectations of Germany‘s stock market and financial experts fell less than expected in December, while the assessment of the economic situation deteriorated markedly. The ZEW index of economic expectations fell to 29.9 (November: 31.7) points, according to the Centre for European Economic Research (ZEW). Economists surveyed by the ZEW had forecast a decline to 25.0 points.

The economy in the eurozone grew solidly in the third quarter. As the statistics authority Eurostat announced, the gross domestic product (GDP) rose by 2.2 per cent compared to the previous quarter.

Non-farm productivity in the US fell by 5.2 per cent in the third quarter, seasonally adjusted and annualised, compared to the previous quarter. Economists had expected a decline of 5.0 per cent after the first estimate also showed a decrease of this level.