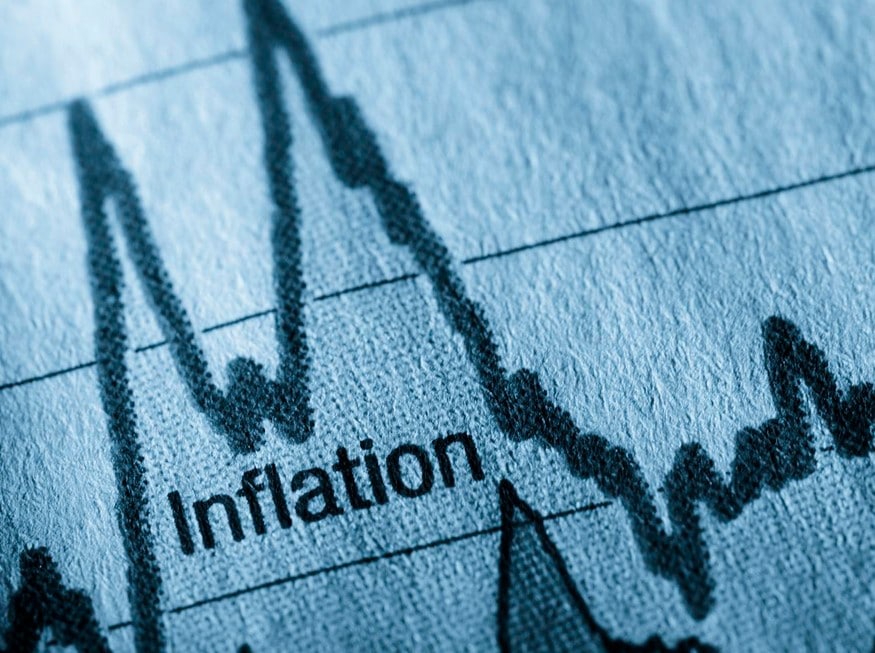 As in Germany and Europe, investors in Asia and the USA were cautious ahead of important inflation figures. Above all, there is the question of the future interest rate course of the US Federal Reserve.

The main topic of conversation on the trading floor continues to be the inflation risks and the question of whether the price pressure will pass.

For this reason, stock exchange traders are looking forward to the “Super Thursday”, when US consumer prices will be published and the European Central Bank (ECB) will discuss its monetary policy. The unanimous market opinion is that the monetary guardians will continue their securities purchases to the current extent for another quarter, analysts stated.

As for US inflation, experts expect a year-on-year increase to 3.4 per cent in May. If inflation turns out to come in as higher, this will give new impetus to the discussion about a premature tightening of monetary policy by the US Federal Reserve, experts warn.

The equity markets on Wall Street were mostly treading water today. The Dow Jones began with a minimal rise and was also little changed at the close at 34,599.36 points, a minus of 0.09 per cent. On the other hand, the NASDAQ Composite opened the trading session with a plus and continued to gain afterwards. It eventually ended 0.31 per cent firmer at 13,924.91 points.

US market participants remained caught between the economic recovery on the one hand and concerns about inflation on the other.

Before the CPI data is published, investors are not yet venturing out of cover.

Markets in the Far East saw a uniform downward trend in Tuesday trading.

Major Asian indices turned negative on Tuesday after a friendly start. Investors are waiting for further evidence on the extent to which the economic recovery from the aftermath of the corona crisis could stoke inflation, threatening the near-global easing of monetary policy. Rising interest rates are poison for equities as they favour fixed-income securities such as bonds.

Investors were also cautious about the European stock markets today. The EuroSTOXX 50 was subdued after falling marginally at the opening bell. It ended just 0.04 per cent lower at 4,096.01 points.

The DAX was initially unable to hold higher levels on the Frankfurt Stock Exchange and fell slightly below its closing level in late trading. The German benchmark index had already followed an almost identical trend yesterday. In the end, a moderate daily loss of 0.2 per cent to 15,640 points was on the scoreboard. In addition, the TecDAX began the day somewhat weaker but showed higher prices as the day progressed. At the end of trading, however, it fell again by 0.08 per cent to 3,388.94 points.

The fresh impetus came from the economic side: although the eurozone slipped into recession in autumn and winter, the setback was not as severe as initially feared.

Stock exchange traders were eagerly awaiting the deliberations of the European Central Bank on Thursday. However, experts do not expect any significant changes in monetary policy. ECB President Christine Lagarde had recently stressed that the eurozone economy was still dependent on strong monetary policy support on its way out of the viral crisis. It seems currently difficult to assess when the right time will have come to adjust monetary policy somewhat to the changing economic environment.

The euro moved little on the forex market as US trading continued. Just before the close on Wall Street, the common currency cost 1.2180 US dollars, slightly less than in Asian European business.

Oil prices rose slightly again today. In the late evening, one barrel of Brent Crude costs 10 cents more than on Monday at 71.58 US dollars. The barrel price for WTI rose by 22 cents to 69.45 dollars.

The gold price was quite volatile today and closed about $6 lower at $1,893 per troy ounce in the evening.

After a few quieter days, the market for cryptocurrencies came under considerable pressure again on Tuesday. Many digital assets lost double-digit value. Bitcoin, the best-known internet currency, accelerated its downward slide in afternoon trading and fell below the $32,000 mark in the course of the day. In the evening, it was able to limit its losses somewhat and was trading at $33,000. Ethereum is currently hovering around $2,465, XRP at $0.85, Cardano at $1.52 and Binance Coin at $344.

Market participants allegedly see the discovery of Bitcoin ransom money by US investigators as the reason for today’s drop. The digital money originated from a hacker attack on the operator of a large US oil pipeline. Why this should be seen as negative for digital currencies is highly suspicious since the authorities’ investigation’s success is precise because the digital money was traceable, what cash, for example, is often not.

Japan’s economy did not shrink as much at the start of the year as had been assumed in mid-May. Instead, the gross domestic product (GDP) fell by 3.9 per cent in the first quarter compared to the previous three months and extrapolated for the year, according to final data, as the government announced in Tokyo on Tuesday. This means that the world’s third-largest economy, ahead of Germany, was not hit as hard by the recent Corona emergency as had been reported based on the preliminary figures. In mid-May, the government had put the decline at 5.1 per cent.

In April, Germany’s industrial production output was weaker than initially forecast but better than expected after weak industrial sales figures. According to Germany’s Statistical Office, it fell by 1.0 per cent from the previous month and was 26.4 per cent (March: 4.8) above the same month last year. Economists surveyed by Dow Jones Newswires had proposed a monthly increase of 0.4 per cent.

The recession in the eurozone was not as deep in the first quarter of 2021 as initially reported. However, as the statistics authority, Eurostat announced in a third publication, gross domestic product (GDP) fell by 0.3 per cent compared to the previous quarter. In the second estimate on 18 May, a minus of 0.6 per cent had been reported. Economists surveyed by Dow Jones Newswires had expected this rate to be confirmed.

The US trade deficit narrowed significantly in April. It fell by 6.1 billion US dollars compared to March to 68.9 billion US dollars, as the Department of Commerce announced in Washington on Tuesday. Analysts had expected the deficit to be about this high.