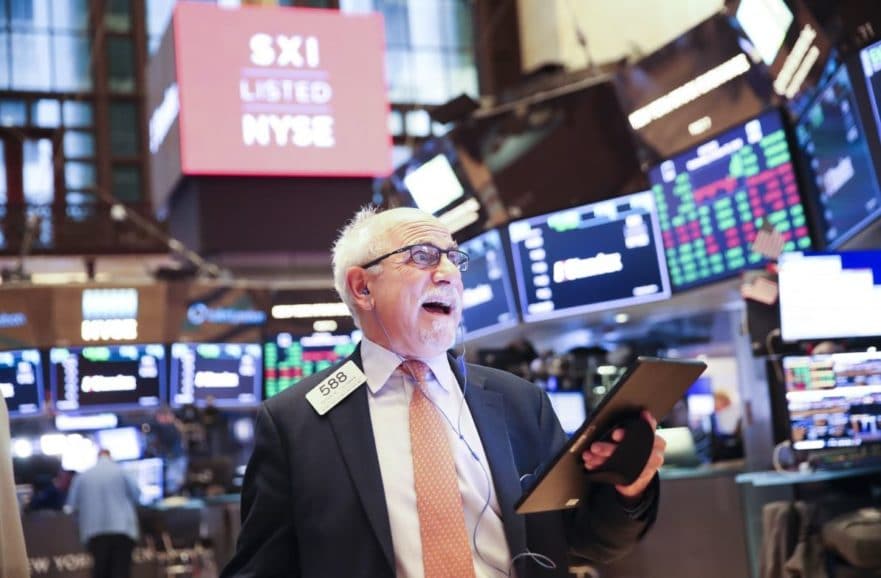 Growing doubts about a rapprochement between the USA and China in the planned trade talks caused uncertainty on Tuesday. Fears of a chaotic Brexit also grew.

British sources, for example, spread the news that German Chancellor Angela Merkel had shown herself uncompromising in a conversation with Prime Minister Boris Johnson on the Northern Ireland issue. This makes an agreement between Great Britain and the EU unlikely. A continuation of the negotiations now seems pointless as both sides would now concentrate on blaming each other.

Some experts doubt that Brexit-Hardliner Johnson will request the postponement to which Parliament has committed him if the talks fail. He has repeatedly stressed that he would rather lie “dead in the ditch”. The opposition Labour Party called on the House of Commons to work together to prevent a chaotic Brexit imposed by Johnson on 31 October.

Investors were also worried about the discord before the negotiations between Chinese and Americans in the trade conflict that is scheduled for Thursday. The Chinese want to leave one day earlier than planned.

They also made it clear that they are no longer willing to negotiate on industrial policy or subsidies. These issues would no longer be up for discussion in Beijing. So both the US and China still seem a long way from a free trade agreement.

Tuesday was another downtrend on Wall Street.

The Dow Jones dropped by 1.60 per cent on the second trading day of the week, closing at 29,572.08 points. Tech investors also sold their investments on Tuesday, the NASDAQ Composite lost 1.67 per cent and dropped out of trading at 7,823.78 points.

Investors again focused on the US-Chinese trade dispute. There were widespread concerns that the conflict could intensify again before the talks resumed. The reason for this was statements about possible retaliation from China. “The political stance before the high-level trade talks that begin on Thursday is dangerous and increases the risk that we will see neither a mini-deal nor a significant de-escalation,” said Edward Moya of currency broker Oanda.

The Asian indices, on the other hand, rose on Tuesday.

The EuroSTOXX 50 opened close to its previous day’s closing price and initially remained virtually unchanged. In the day, however, it fell back to the red ground and closed the day 1.11 per cent lower at 3,432.76 points.

The euro fell on Tuesday. The European Central Bank (ECB) set the reference price at 1.0986 dollars. At the close of trading in Frankfurt, the common currency was quoted at 1.0945 dollars. After better than expected data on German industrial production, the euro climbed to just under 1.10 dollars in the morning.

Since the end of last week, the euro has stabilized just below the 1.10 dollar mark. Previously, a dollar strength had weighed on the common currency, and at times it had fallen to its lowest level for more than two years.

Increasing speculation that the Brexit negotiations will fail is increasing selling pressure on the Pound Sterling. The British currency fell by 0.7 percent to 1.2209 dollars and, at 1.1109 euros, is as cheap as it was four weeks ago.

The gold price came under further selling pressure during the Asian session and fell as low as $1,486.50 at times. Later during the day of trading, the precious yellow metal took a sharp turn north and is currently sitting just above the $1,500 mark.

Oil prices, on the other hand, are falling on Tuesday. One barrel (159 litres) of Brent oil cost 58.10 US dollars which is 25 cents less than the day before. The price for a barrel of the American variety West Texas Intermediate (WTI) fell by 36 cents to 52.39 dollars.

Market observers pointed to a generally gloomy mood on the financial markets, which also did not stop at the oil market.

The overall cryptocurrency market cap is further increasing this Tuesday, to approximately $223 billion at present. Especially XRP and Ethereum are continuing their upward movement with one Ethereum currently valued at $181 and one XRP at round-about $0.28. Bitcoin is also able to increase its value and currently costs approximately $8,200.

The weakest stock in the Dax today is the Wirecard share. The payment processor anticipates higher sales and profits than before by 2025. Sales should then reach more than 12 billion euros and earnings before interest, taxes, depreciation and amortization (EBITDA) more than 3.8 billion, as the Group announced. So far, more than EUR 10 billion in sales and more than EUR 3.3 billion in operating profit were on target.

For a private jet version of the 737 Max, however, Boeing received a single order from an undisclosed customer. It was the first deal for Max since April. The cancellation of the Dreamliners is due to the Russian Aeroflot; the Max jets that were cancelled were originally destined for the Indian Jet Airways, which has since gone bankrupt.

Alphabet daughter Waymo brings her robot carts to Los Angeles for the first time, a city plagued by chronic traffic jams. They want to find out how the vehicles fit into the traffic environment of the second-largest US city, Waymo explained. Traditionally, cars are driven by humans and produce high-precision maps before they go into autonomous operation.

The deal between the Hong Kong stock exchange operator HKEX and the British competitor LSE has been terminated. The Hong Kong Exchanges and Clearing (HKEX) did not succeed in convincing the management of (LSE) of the deal. It had bid 39 billion dollars for the takeover.

HKEX’s share price rose by almost three per cent after the stock market peak, while the Hong Kong stock market index Hang Seng rose by just under one per cent. “The price became a little too high, so it’s good for shareholders to decide against the deal,” said analyst Hao Hong of trading house Bocom International.