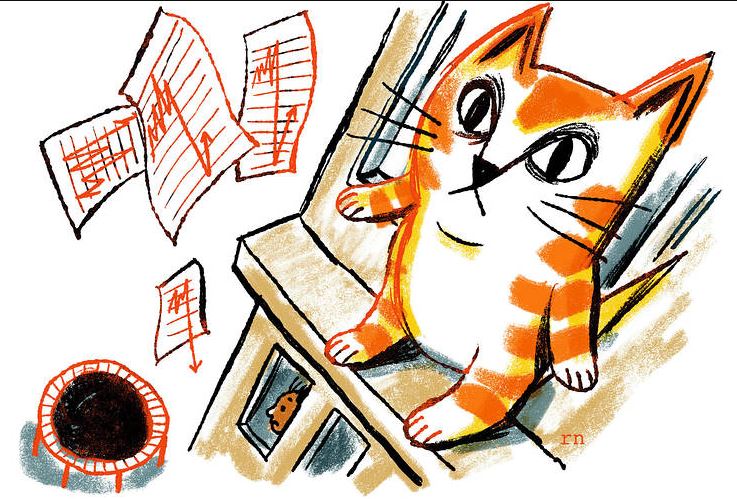 Especially Wall Street presented itself recovered with strong gains of over 4 per cent for the day. However, many analysts see a so-called “dead cat bounce” in this move and are warning investors to stay vigilant.

While there were again only a few new infections in China, the number of infected persons in Germany has risen to 1,565, of which only 18 are considered cured so far. To slow down the spreading of the coronavirus Sars-CoV-2 in Germany, the Federal Police will step up their controls at the borders. The federal government’s crisis committee announced that the police will “once again intensify controls, especially at the southern borders”.

Hopes of market participants are now directed at the European Central Bank, among others. The Bank of England has already reduced the key interest rate for Great Britain by 0.5 percentage points. In addition, the European Union wants to support the economy with 25 billion euros against the worst consequences of the virus epidemic.

After the panic selling at the beginning of the week, Wall Street stock prices stabilized on Tuesday. In addition to bargain buys, investors may also have been betting that measures taken by the US government to mitigate the economic consequences of the coronavirus will take effect. The Dow Jones Industrial rose by 4.9 per cent to 25,018 points. However, this was preceded by the sharpest sell-off since the financial crisis of 2007 and 2008, with the broad-based S&P 500 advancing 4.9 per cent to 2,882 points. The technology-heavy Nasdaq 100 rose by 5.3 per cent to 8,372 points.

The US government is negotiating with Congress on the package of measures promised by US President Donald Trump to contain the economic impact of the novel coronavirus. US Vice President Mike Pence said in Washington on Tuesday evening (local time) that Trump had discussed his proposals with congressional representatives during the day and that they had been well received. Now they are working together on a package.

The Asian stock markets recovered somewhat after the significant losses at the beginning of the week. This was helped by statements by US President Donald Trump on aid measures for the US economy against the consequences of the coronavirus crisis. At the leading stock exchange in Tokyo, the Nikkei Index 225 rose by 0.9 per cent to 19,867 points but remained below the psychologically important mark of 20,000 points. On Monday it had fallen by about five per cent to 19,698 points. Prices on other stock markets in the region also rose. In China, the CSI 300 on the Chinese mainland stock exchanges, recently increased by almost two per cent. The Hong Kong Hang Seng also rose by nearly two per cent.

After the Dax was able to gain 400 points at times on Tuesday, the initial joy over the planned economic stimulus programs of governments and central banks quickly evaporated. The Dax had to give up its gains completely by late afternoon. Worse still, the leading index suffered a new bout of weakness and tumbled to a daily low of 10,423 points, after rising to 11,032 points in the morning. In the end, the leading German index dropped by almost 150 points to 10,475 points, a drop of 1.4 per cent.

The euro fell back again on Tuesday. At the close of trading in Frankfurt, Germany, the common currency cost 1.1300 dollars. On Monday, the euro had reached its highest level since January 2019 at 1.1495 euros. The European Central Bank (ECB) set the reference rate on Tuesday afternoon at 1.1390 (Monday: 1.1456) dollars.

After one of the most severe price slumps in the history of the oil market at the beginning of the week, the situation has calmed down today. Prices are even rising slightly. Most recently, a barrel (159 litres) of North Sea Brent crude cost 37.83 US dollars. That was 3.48 dollars more than the day before. The price of American crude oil of the WTI variety rose by 3.09 dollars to 34.22 dollars. At the same time, Saudi Arabia further intensified its oil price war with Russia.

Cryptocurrencies remained quite stable this Tuesday. A Bitcoin currently costs $8,400, Ethereum $206 and XRP $0.2100.

In the past year, the fragrance and flavourings manufacturer Symrise benefited from its own business growth and the acquisition of the US group ADF/IDF. Sales in 2019 rose by eight per cent to 3.4 billion euros. Under its own steam – i.e. excluding exchange rate effects and acquisitions – the increase was 5.7 per cent, which is in line with the company’s target of an annual increase of five to seven per cent.

Normalized earnings before interest, taxes, depreciation and amortization (EBITDA) rose by 12.2 per cent to 707 million euros. The margin was thus 20.8 per cent. Sales were at the level of the average analyst estimates provided by the company, but the margin was slightly lower. The bottom line was that Symrise earned EUR 304 million, around ten per cent more than in the previous year. The shareholders are to participate in the increase in profits with a dividend increased by EUR 0.05 to EUR 0.95.

Chip manufacturer Infineon has cleared an important hurdle in its planned takeover of US competitor Cypress Semiconductor, which will cost around nine billion euros: The US authority Committee on Foreign Investment in the United States (CFIUS) has approved the transaction. Chinese approval is still open. “The closing of the acquisition rstill emains subject to approval by the State Administration for Market Regulation as well as other customary closing conditions under the Acquisition Agreement.

The Dax Group aims to become one of the world’s top ten semiconductor manufacturers with the largest takeover in its history. In the case of chips for the automotive industry, Group CEO Reinhard Ploss even sees Infineon as the future number one as a result of the acquisition.