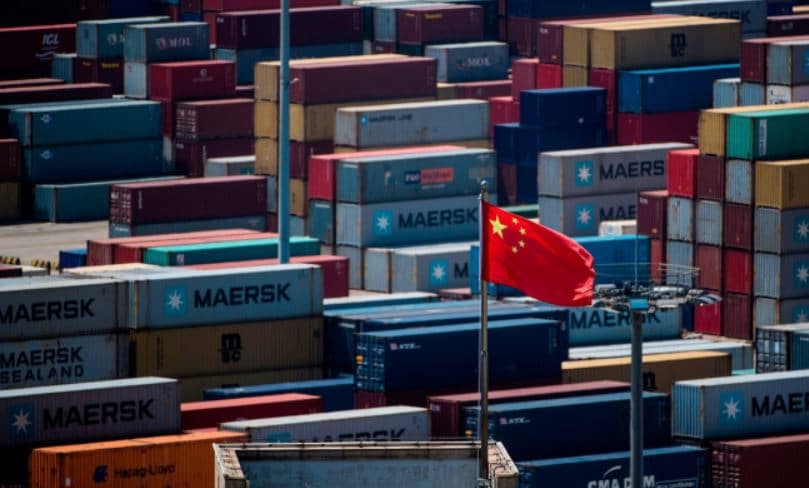 Are the punitive duties coming or not?

Concerns about a worsening of the US-China trade dispute prompted investors on Tuesday to minimise risk and sell stocks. The markets reacted sensitively with heavy losses but were able to recover soon after when the usually well-informed Wall Street Journal reported that the new US punitive tariffs planned for this Sunday on Chinese goods could be postponed. The paper cited information from both the Chinese and US negotiating delegations.

The ZEW index was of little interest to investors given the tense situation that day. Financial experts are more positive about the prospects for the German economy than they have been for almost two years.

Investors also remained cautious as both the US and Euro-Zone central banks discuss their interest rate policies this week. Experts do not expect the interest rate to change in either case. The dates are nevertheless exciting, as they could provide information about the future orientation of monetary policy. The British parliamentary elections are another factor of uncertainty that needs to be considered.

Trading on the US stock markets was largely impulse-free on Tuesday.

The Dow Jones oscillated around the zero line over long stretches of Tuesday trading. In late trading, the leading US index slipped into the red, and at the end of the day, the market barometer went into the evening with a discount of 0.10 per cent to 27,882.91 points. The NASDAQ Composite also showed a similar picture: After the index had been stable for a long time, it ended the day down slightly by 0.07 per cent to 8,616.18 points.

The trade dispute appears to be stagnating – so far, there has been no news, which is why investors have exercised restraint. If there is no postponement or partial agreement within the next few days, the planned US tariff increases against China will come into force on 15 December.

There is also a restraint on the overseas stock markets at present. The stock markets in Asia barely moved away from the spot on Tuesday. In Japan, the Nikkei saw a slight downward trend. In Hong Kong, the Hang Seng practically stagnated. The CSI 300 index with the 300 most important stocks on the Chinese mainland stock exchanges rose slightly by 0.02 per cent. In Japan, the Nikkei closed 0.09 per cent lower at 23,410.19 points.

The stock markets in Europe trended weaker on Tuesday.

The EuroSTOXX 50 entered trading at the previous day’s level but fell into the loss zone in the day. By the close of the trading day, the index had made up for its losses and, at minus 0.01 per cent at 3,671.78 points, left Tuesday trading virtually unchanged.

The uncertainties surrounding central bank meetings and the Sino-American trade dispute also made themselves felt at the European level. Besides, the parliamentary elections in Great Britain on Thursday are on the agenda.

The Dax 30 started with a discount and came under considerable pressure – at times it even dropped below 12,900 points. By the end of trading, the DAX had reduced its losses, and the German stock market barometer then had “only” dropped 0.27 per cent to 13,070.72 points. The TecDAX started somewhat weaker, but also increased its losses significantly in the day, closing 0.82 per cent lower at 3,028.04 units.

Oil prices also rose slightly on Tuesday. After coming under pressure in early trading, prices turned into profit in the afternoon and rose somewhat in the late afternoon. One barrel of Brent crude cost 64.37 US dollars. That was twelve cents more than on Monday. The price for a barrel of the American West Texas Intermediate (WTI) rose by 22 cents to 59.24 dollars.

The gold price was also able to register gains on Tuesday. The safe-haven got more attractive after the ongoing trade dispute continues to look filled with unwanted surprises. At the end of the day, the gold price registered just above $1,464, almost $3 more than the previous day.

The online giant Amazon has acquired part of the broadcasting rights for the UEFA Champions League and is thus also entering the football broadcasting market in Germany. Starting with the 2021/22 season, Amazon Prime will offer live video streams to the top matches of the premier league on Tuesday evenings.

As of this Wednesday, a core element of the WTO, the settlement of disputes in trade disputes, has been partially bypassed. The US has forced the end of the appeal process by blocking the appointment of new appeal judges for years. WTO Director-General Roberto Azevêdo spoke on Tuesday evening of a mood of crisis. Experts have been warning of escalating trade wars for weeks.

Azevêdo admitted that after 25 years, the WTO needs reforms as demanded by the Americans. The world had changed. He also gained something positive from the situation: “Without this mood of crisis, one would perhaps come to terms with it, and member countries might not be ready for change,” Azevêdo said. He wanted to work for a solution by the next ministerial conference next summer.

He appealed to WTO members not to create new barriers to trade. Uncertainty hampers investment, which stops growth and costs jobs. “This is a situation in which everyone is losing.”

EU Trade Commissioner Phil Hogan warned in Brussels: “This is a regrettable and severe blow to an international rules-based trading system. The EU will shortly put forward proposals for an alternative appointment system for those countries wishing to participate.

The Americans criticise that appeal judges have too often presumed power they do not have, for example, to reinterpret WTO rules. However, as they have admitted, the US is also using the blockade as a lever to force major reforms. They complain, for example, that the WTO rules cannot put a stop to trade distortions by China. The US made it clear on Monday that it would not abandon its blockade stance.

China’s WTO ambassador Zhang Xiangchen demonstratively came on Monday with a black tie, which he said was intended for funerals. “What is the Appellate Body worth? For those who uphold multilateralism, it is irreplaceable; for those who prefer the law of the jungle, it is worthless,” he said. German industry associations warned of negative consequences for export-oriented German industry if the rules-based multilateral trading system is put at risk.