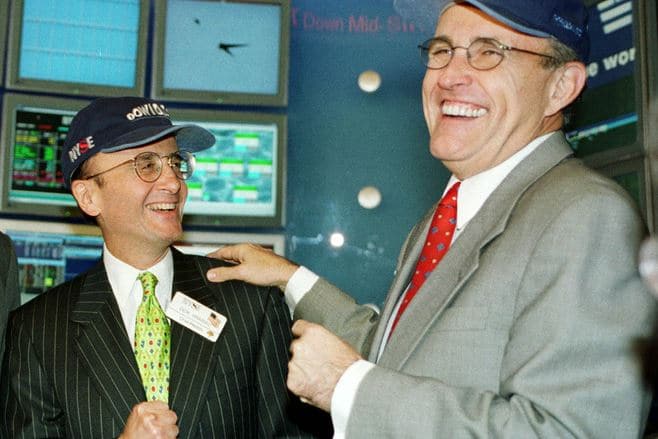 Today was a strange day in the stock markets. The US and German stock barometers showed new all-time-highs despite the constant coronavirus fears.

The official number of recorded coronavirus infections has risen to 43,111 worldwide, and 42,647 people have been diagnosed on the Chinese mainland. According to official statistics, 1,018 people have died of the lung disease so far, 4,100 patients are considered cured.

China now no longer lists people who are demonstrably infected with the new coronavirus but show no symptoms in its statistics of infections. This was revealed on Tuesday in new regulations on prevention and control issued by the National Health Commission in Beijing last Friday. Only when symptoms of the illness appear, the person is listed as “infected”, it says. A reason why the statistics were changed was not mentioned.

However, since Friday last week, the daily announced increase in newly detected infections with the lung disease is not growing as strongly as before.

Apparently, these are good-enough news for investors to jump back into the market and push share prices and indices to ever-new highs.

The US stock market saw new record highs on Tuesday. The leading index Dow Jones initially reached a new record of 29,415.39 points in the early course of the day but gave up its gains again later. In late trading, the US leading index closed unchanged at 29,276.20 points. The tech stocks index NASDAQ Composite also reached a new all-time high of 9,714.74 points but was unable to defend it. With a slight gain of 0.11 per cent, the Tech Value Index ended the day at 9,638.94 points.

Investors were initially in a buying mood as concerns about the coronavirus subsided. Besides, hopes of stimuli from the US Federal Reserve Bank caused premiums, according to Fed Chairman Jerome Powell, who said that the problems in China could spill over to the global economy. However, as things developed, the radiant effect subsided, and Powell said that for the time being the Federal Reserve saw no reason to change its monetary policy course as long as there was no “fundamental reassessment” of the economic outlook. He attested that the economy was in excellent shape.

From a corporate perspective, the approved merger of T-Mobile US and Sprint was the focus of investors.

Asia’s stock exchanges recorded significant price gains on Tuesday. In the Far East, too, the main reason for the gains was the easing of concerns about the consequences of the coronavirus on the economy. The CSI-300 index ended the day with a plus of 0.9 per cent to 3,952 points. The Hang Seng in Hong Kong recently gained 1.4 per cent to 27,241 points. In Tokyo, trading was suspended due to a public holiday.

Investors on the European stock markets were also friendly on Tuesday. The EuroSTOXX 50 gained in the course of trading. It ended the session 0.86 per cent stronger at 3,825.84 points.

Not only the Dax 30 but also the other indices of Deutsche Börse reached new top levels. The DAX rose right at the start of trading and managed to jump to 13,668.43 points in the afternoon – a new record high. Ultimately, the stock market barometer showed an increase of 0.99 per cent to 13,627.84 points. The MDax, the index of medium-sized companies, also closed at a new record high of 29,195 points. The SDax, the index of small caps, also closed at 12,872 points. The German technology index TecDax, which rose by 2.15 per cent and closed at 3,250 points, also showed a strong upward trend. This means that the upward trend is broadly based, which is always well received by technical analysts in particular.

On Tuesday, the euro exchange rate fell below the USD 1.09 mark for the first time in about four months. At the daily low, the common currency cost 1.0892 dollars, which is the lowest level since the beginning of October. Most recently, the euro exchange rate recovered to 1.0921 Dollar. The European Central Bank (ECB) set the reference rate at 1.0901 (Monday: 1.0951) dollars.

The oil price is profiting from the easing of the coronavirus crisis. Brent crude rose by 1.8 per cent on Tuesday, thus leaving the 13-month low reached on the previous day behind again. US light oil WTI rose by 1.1 per cent.

The price of gold rose at times to $1,574 per troy ounce but then fell sharply to close the trading day at around $1,566 an ounce.

The cryptocurrency market saw another strong growth. The total market capitalization is now over $294 billion, and a Bitcoin costs $10,200. In the meantime, the currently most popular crypto digital asset reached a 5-month high but then had to give in slightly. Ethereum posted gains of over 6 per cent to $236 while XRP gained almost 3 per cent to $0.2810.

The App-Bank N26 is giving up the British market after the United Kingdom’s withdrawal from the European Union.

The accounts of users there will expire on April 15, as the Berlin-based company announced on Tuesday. N26 has a European full bank license, which is no longer valid after the Brexit in Great Britain according to the withdrawal agreement.

The company could also have applied for a license for the UK – but this would have been “associated with considerable operational expense and regulatory complexity,” explained N26. “The growth potential is higher in other, larger markets, such as the EU and the USA, at a comparable expense”.

The majority of employees in the UK are expected to move to new roles within the company.

According to its President Christine Lagarde, the European Central Bank (ECB) is aware of the risk that its monetary policy measures could trigger negative side effects as the duration of the crisis increases.

“The longer our accommodative monetary policy remains in force, the greater the risk that the side effects will become more pronounced,” Lagarde said according to the published speech text at the presentation of the ECB’s annual report for 2018 in the European Parliament in Brussels.

According to Lagarde, the ECB is well aware that the low interest rate environment affects savers’ earnings, asset valuation, risk appetite and house prices. “We are paying close attention to side effects to ensure that they do not outweigh the positive impact on credit conditions, employment trends and wages,” she said. These considerations had also played a role in the decision to exempt part of banks’ surplus deposits with the ECB from the negative deposit rate.

The ECB chief pointed out that the slowdown in economic growth had also reduced price pressures and that inflation was some way from the medium-term target.