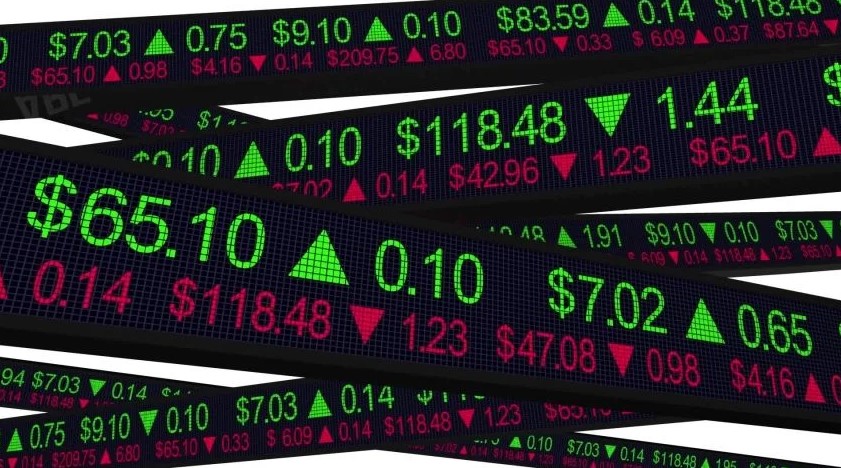 Concerns of a jump in US consumer prices and a resulting turnaround in interest rates put the stock markets under strong pressure on Tuesday. In the USA, the price development for April will be published tomorrow. Inflation is expected to have risen to 3.4 per cent. For May, an inflation rate of 3.6 per cent is even expected. That would be significantly more than the 2 per cent targeted by the US Federal Reserve and could posthaste the financial markets.

Economists expect the Fed to remain prudent, as it has itself predicted an overshooting of the inflation rate above the targeted 2 per cent. Moreover, it regards the price increases as a temporary phenomenon. Nevertheless, the stock markets in many places took a deep dive for the second day in a row.

Furthermore, economists fear that the US government’s almost two trillion dollar aid package could lead to an overheating of the American economy. This is also indicated by the sharp rise in yields on 10-year US government bonds. They climbed from 0.9 per cent at the end of 2020 to currently 1.62 per cent.

Wall Street recorded some sharp declines today. The Dow Jones, in particular, came under pressure after it had jumped above the 35,000-point mark for the first time on Monday. On the second trading day of this week, the US leading index slipped again more significantly and closed with a minus of 1.36 per cent at 34,270.61 points. In addition, the NASDAQ Composite opened down 2.13 per cent at 13,115.85 points but was able to significantly reduce its losses in the course of the trading day. The tech index ended the day at 13,389.43 points, down 0.09 per cent.

The inflation fears described above and rising commodity prices heightened the concerns of investors worldwide, while the yield on ten-year US bonds continued to rise, currently back at 1.62 per cent.

The majority of the most important stock markets in Asia fell on Tuesday. The Japanese benchmark index Nikkei closed with a heavy loss of 3.08 per cent at 28,608.59 points. Only the Shanghai Composite in Mainland China was able to gain 0.40 per cent to 3,441.85 points by the end of trading. The Hang Seng leading index in Hong Kong ultimately shed 2.03 per cent to 28,013.81 index units.

A combination of inflation concerns and the corona crisis weighed on the overall sentiment. As the day before in the USA, technology stocks were the main sellers in Asia. While the spectre of inflation continued to haunt the US, a sharp rise in producer prices in China proved that inflation is a global issue. According to Dow Jones Newswires, traders pointed to the sharp rise in commodity prices and problems with supply chains that made inputs more expensive. Inflationary trends could force central banks to take countermeasures, thus affecting the favourable environment for equities.

Investors also looked with concern to India, where the corona crisis continues to spiral out of control. The World Health Organisation has repeatedly warned of the “worrying” Indian variant of the virus.

Europe’s main stock markets also lost considerable ground on Tuesday. The EuroSTOXX 50 started the day with little movement but slid significantly lower as it progressed. In the end, it left the trading session with a loss of 2.12 per cent to 3,938.15 points.

On the Frankfurt Stock Exchange, the DAX lost almost 400 points at the peak but made up some ground in the day. The leading German index closed 280 points or 1.8 per cent weaker than the previous day at 15,119 points. All 30 DAX stocks were in the red. The TecDAX also remained in the red territory after starting the day with a loss and closed 1.97 per cent lower at 3,296.16 points.

Investors also once again focused on corporate balance sheets, including those of E.ON and ThyssenKrupp.

Supported by a strong ZEW index out of Germany, the euro climbed to its highest level since the end of February at 1.2167 US dollars on the foreign exchange market today.

Oil prices recovered from temporary losses on Tuesday. The prospect of comparatively quick commissioning of an important US pipeline had only temporarily depressed prices, market observers said. In the late evening, a barrel of Brent crude was sold for 15 cents more than on Monday at 68.46 US dollars. WTI light oil rose 16 cents to 65.07 US dollars per barrel.

The price of gold presented itself as highly volatile today and dropped to a low of $1,818 before retracing back to $1,838 per troy ounce, where it started the trading day.

In China, the rise in producer prices has accelerated more than expected. The prices that manufacturers charge for their products rose by 6.8 per cent in April compared to the previous year, as the statistics office announced in Beijing on Friday. This is the sharpest increase since October 2017 and was also higher than economists had expected on average.

As in the USA, inflation expectations are also rising strongly in the eurozone. The barometer for long-term inflation expectations in the 19-country community, the so-called Five-Year-Five-Year-Forward, climbed to 1.6075 per cent on Tuesday. This is the first time since December 2018 that the 1.60 per cent mark has been surpassed. The figure means investors in the stock market expect inflation to be average just over 1.60 per cent between 2026 and 2031.