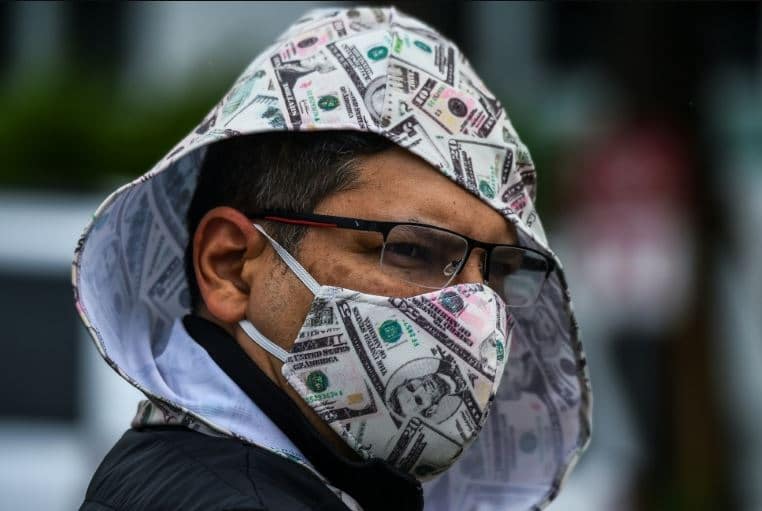 The caution has returned to the markets. After days of euphoria and hope that the imminent relaxation of corona measures would lead to normality and a renewed upswing, disillusionment returned today. Investors are thus trying to find the right balance between easing measures on the one hand and the increasing awareness of the extent of the damage to the economy on the other.

Although the huge expenditure in the corona crisis, the head of the Euro rescue parachute ESM sees no signs of a new debt crisis. Last week, the EU Commission certified the sustainability of the national debts of all 19 euro states, ESM head Klaus Regling told the German Press Agency and other news agencies in an interview. “This is the current situation. Otherwise, we could not lend money to a country.”

The border controls introduced in the Corona crisis should be gradually eased in the view of the EU Commission. “As the health situation is gradually improving, the balance should change, towards unrestricted freedom of movement of persons,” says the draft recommendation, which the Brussels authority intends to present on Wednesday and from which the Handelsblatt quotes.

In the USA, the state of New York, which has been particularly hard hit by the corona pandemic, wants to slowly relax its restrictions starting Friday – but only in those regions that meet certain conditions. Among the seven states in total are declining infection rates, sufficient free hospital capacity and adequate testing and follow-up capacity, as Governor Andrew Cuomo said on Monday at his daily press conference.

The US stock markets turned negative on Tuesday. The Dow Jones showed a small plus at the start of trading, but after some back and forth, it was mostly in the red. In the end, it dropped 1.89 per cent to 23,764.78 points. The NASDAQ Composite was also able to post gains at first but gave way soon after. It too ultimately lost 2.06 per cent to 9,002.55 positions.

The sharp fall in the inflation rate in the USA had little effect on the market sentiment. The statements of the renowned immunologist Anthony Fauci regarding corona loosening, however, caused uncertainty in late trading. He warned against a too rapid return to normality: “This could have severe consequences”.

Stock markets in Asia also trended somewhat weaker on Tuesday. In Japan, the Nikkei closed at 20,366.48 points, 0.12 per cent below its close of the previous day.

Especially the fear of a second wave of corona around the world weighed on the courses after a corresponding warning from the WHO. At the beginning of the week, the easing of corona measures in many countries had still given investors hope and confidence. Weak economic data from China also depressed sentiment. Producer and consumer prices were lower than expected in April, dashing hopes of a quick economic recovery.

The stock markets in Europe were mostly unchanged on Tuesday. The EuroSTOXX 50 opened with a slight minus but then moved into the profit zone. At the end of trading, the index was slightly higher at plus 0.02 per cent and 2,884.20 units.

The German stock market also showed itself to be untapped in Tuesday trading. The Dax 30 opened at 10,777.74 points, 0.44 per cent lower than the previous day. Later, it switched back and forth between the profit zone and the zero line. In the end, it closed the day down 0.05 per cent at 10,819.50 points. The TecDAX started the day a little lower but was then able to move into positive territory as early as the morning and finally finished the day 0.54 per cent firmer at 3,003.51 units.

In addition to the corona pandemic, the quarterly reporting season also remained an important topic on the market. E.ON, Innogy, ThyssenKrupp, TeamViewer, and others gave investors a look at their books.

The recovery of the euro to as high as $1.0885 in European trading on Tuesday has stalled during the US session. During the NY session, the common currency of the 19 euro countries costs 1.0855 dollars.

Hopes for an increase in demand supported oil prices on Tuesday. The barrel of Brent crude last traded at $30.09. That was 46 cents more than on Monday. The cost of a barrel of US grade WTI rose by $1.46 to $25.62.

The trend of investors is once again to flee to safe havens: The price of gold is up 0.2 per cent to $1,700 an ounce. At times the dollar index climbed to its highest level in a good two and a half weeks. A further plus is possible, he said, because the US Federal Reserve is signalling a willingness to lower its key interest rate into negative territory.

After the long-anticipated Bitcoin-Halving event and the previous flash-crash of all cryptocurrencies, the most relevant digital assets were back on the rise again today. The outperformer was Stellar Lumens, posting a gain of over 10 per cent to the round figure of $0.07. Bitcoin increased by over 3 per cent to $8,900, while the number two crypto Ethereum rose by 1.6 per cent to $190. The third-largest digital asset by market capitalization XRP rose by 2.8 per cent to $0.1990.

Boom of the electric car

Electric car companies suffered less in the first quarter from the collapse in demand for cars. Between January and March, the share of electrically rechargeable cars in all new registrations rose to 6.8 per cent, according to the European industry association Acea. In the same period last year, the share was only 2.5 per cent.

Cannabis giant Tilray presented its key figures for the past quarter on Monday evening after the US stock market closed. According to these figures, the cannabis group posted EPS of minus $1.73 in the past three months. Experts had previously assumed a loss per share of $0.297. In the same period of the previous year, Tilray still had a minus of $0.32 per paper on its books.

In Q1 2020, the company also generated sales of $52.1 million. Thus, the hemp group missed the expert expectations of $63.4 million. One year earlier, Tilray reported sales of 23 million US dollars.