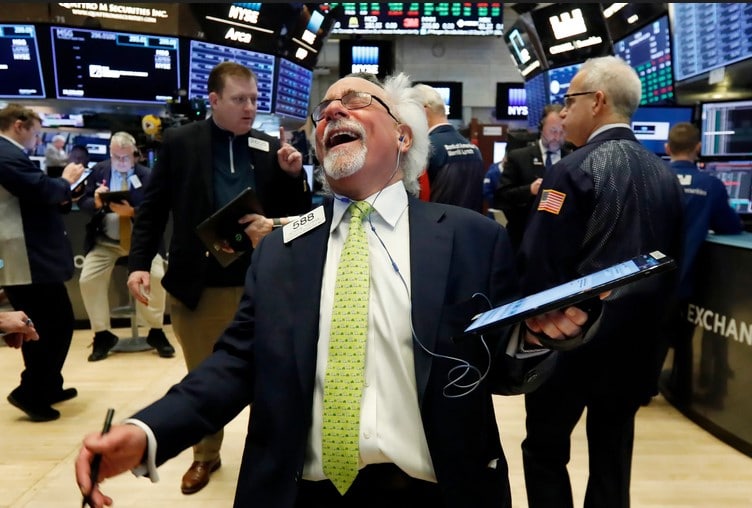 Investors on Wall Street reacted surprisingly calmly to the higher-than-expected US June price data. Investors were not quite as relaxed on the US bond market, though, with the yield on the ten-year government bond peaking at 1.41 per cent. In the previous week, it had already fallen to 1.25 per cent. Historically, of course, the rates remain extremely low, and panic would probably be a bad advisor on the bond market at the moment.

Among the US single stocks, the first figures of the new reporting season for the second quarter and the first half of the year attracted investors’ attention. This traditionally started today with the results from the banking sector, which were very strong, as expected. With JPMorgan Chase and Goldman Sachs, two heavyweights from the sector presented their results.

The US indices fell slightly today after an initially strong start.

Consumer prices in the USA rose more than expected in June. However, according to Dow Jones Newswires, inflation is still in line with recent statements by the US Federal Reserve, which had expected an inflation peak. Therefore, the stock markets are reacting calmly to the highest annual rate of inflation in 13 years for now.

The stock exchanges in Asia reported further gains on Tuesday. In Tokyo, the Japanese benchmark index Nikkei ultimately gained 0.52 per cent to 28,718.24 points. The Shanghai Composite also rose on the Chinese mainland, gaining 0.53 per cent to 3,566.52 index points, while Hong Kong’s Hang Seng grew 1.63 per cent to 27,963.41 index units.

Asian markets felt the tailwind from Europe and the US and gained on Tuesday. In addition, Chinese exports grew more strongly in June than previously estimated by experts.

The DAX also defied the higher US inflation figures today and showed itself robustly. The German benchmark index closed almost unchanged at 15,789 points. The index thus remains within immediate reach of yesterday’s record high of 15,806 points, which it narrowly reached again during today.

US inflation figures weighed somewhat on the overall market sentiment. This has led to speculation that inflation could prompt the Federal Reserve to act sooner than expected. Nevertheless, the general mood on the trading floors remains upbeat. Also, the start of the US reporting season was at least somewhat encouraging, as the figures from JPMorgan and Goldman Sachs showed.

The greenback strengthened significantly today in response to the US price data and is trading against the euro foreign exchange market at 1.1778 US dollars, around 0.7 per cent higher than on Monday.

The International Energy Agency (IEA) warning of insufficient supply in the oil market sparked a boost in the oil market. A barrel of North Sea Brent costs 76.28 US dollars in the evening, while WTI from the USA traded for around 75 US dollars.

The gold price benefitted only slightly from the high US inflation data but ultimately gained 3 US dollars to $1,808 per troy ounce.

Cryptocurrencies continued to depreciate with the increasing strength in the greenback. Bitcoin dropped by another 2.1 per cent to $32,300, while Ethereum shed 7.1 per cent to $1,900. Other altcoins, such as Cardano, XRP or Binance Coin, lost around 5 per cent, while Defi protocols, like Polkadot or Uniswap, dropped heavily by 8-9 per cent.

China‘s foreign trade grew significantly again in June. As the customs authority announced on Tuesday, exports from the second-largest economy increased by 32.2 per cent year-on-year to around 281 billion dollars. Imports even rose by 36.7 per cent to approximately 230 billion dollars. Both growth rates were above experts’ expectations. After the rapid increase in the past months, the customs authority assumes that foreign trade growth will normalise in the second half of the year and thus be lower.

As measured by the Harmonised Index of Consumer Prices (HICP), inflationary pressure in Germany eased in June. As the Federal Statistical Office announced, the HICP rose at an annual rate of only 2.1 (previous month: 2.4) per cent. The statisticians thus confirmed – as expected by economists – their preliminary estimate of 29 June.

US consumer prices continued to increase sharply in June, keeping the annual inflation rate at its highest level in 13 years with a 5.4 per cent increase. The US Department of Labour reported that consumer prices rose 0.9 per cent from last month. Economists interviewed by Dow Jones Newswires had expected a rise of only 0.5 per cent. The 0.6 per cent price increase reported for May was confirmed. As a result, annual inflation rose to 5.4 (previous month: 5.0) per cent. This is the strongest increase since August 2008. Economists had only expected a rate of 5.0 per cent.

Real income in the USA fell by 0.9 per cent in June compared to the previous month. As the US Department of Labour announced, a decline of 0.5 per cent was recorded in May. According to the agency’s data, the average weekly income was 389.28 US dollars in June, seasonally and inflation-adjusted, after 392.64 dollars in the previous month.