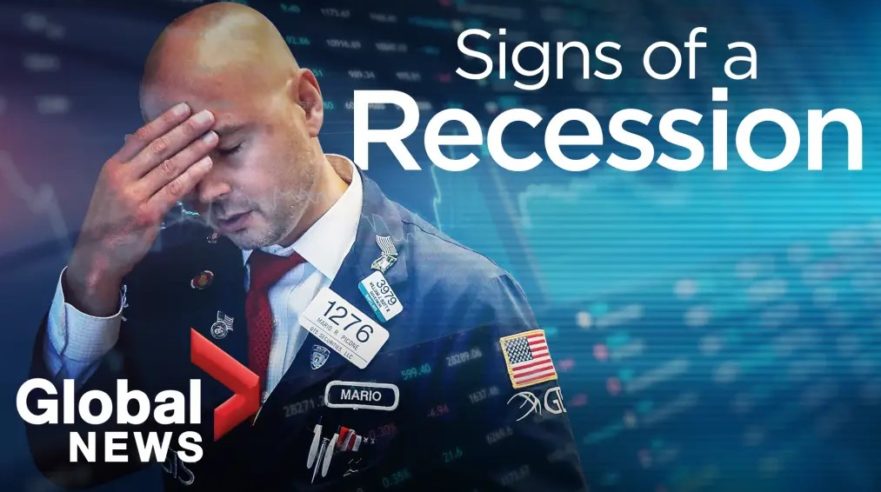 Fear of recession is creeping in

Investors on Wall Street had to cope with a new setback on Monday. With Hong Kong’s wave of protests escalating, investors preferred to go to safe havens.

At a time when volatility on the international financial markets is picking up again, and concerns about a global crash are spreading, investors are once again placing more emphasis on assets that are supposedly “safe havens”. In addition to the prices for US government bonds, the price of gold also climbed to its highest level in over six years.

Asia’s most important stock markets suffered losses on Tuesday. The previous day’s US market dives, the ongoing protests in Hong Kong and the still unresolved trade conflict between China and the US all weighed on the result. The Singapore government has also lowered its growth forecast for the current year to almost zero.

Given the unresolved trade dispute between the USA and China, concerns about global economic repercussions did not abate. In the Japanese equity market, the strength of the yen also caused restraint, which weighed on export-oriented stocks in the automotive and electrical sectors. The Nikkei 225 fell by 1.11 per cent to 20,455 points.

Political crises continue to dominate events on the European stock markets. The situation in Argentina, in particular, is having an impact in Europe. The situation in Italy also continues to cause unrest and concerns about Brexit. There is also no news in the US-Chinese trade dispute. An agreement does not seem possible for the time being.

On the corporate side, various European companies are causing the market to move. TUI, Scout24, Henkel and Sixt, among others, are giving investors a look at their books. Besides, Voltabox shocked investors with a profit warning, which also affected parent company paragon. Many German second-line stocks also give investors an insight into their books, including Ceconomy, HelloFresh, Aareal Bank and Deutsche Wohnen.

Because of the fragile situation in the markets, the price of gold is rising significantly. Up to 1,527 US dollars are currently being paid for one troy ounce. Calculated in euros, the precious metal gains considerably to a level of 1,364 as well.

Trade with the best brokers for commodities

In the foreign exchange market, the increasingly numerous political risks are in the foreground. In the government crisis in Italy, a vote on a date for a vote of no confidence against Prime Minister Giuseppe Conte is scheduled for the day. Also, concerns about Britain’s unregulated withdrawal from the EU remain a determining issue. In midday trading, the common currency cost the euro 1.1217 US dollars. The European Central Bank (ECB) had set the reference price at 1.1194 dollars on Monday afternoon.

Meanwhile, China has also had its yuan climb above the seven renminbi per US dollar mark for the first time in more than a decade. For many observers, this seems to indicate that the Beijing government wants to respond to US trade sanctions in this way. A stronger weakening of the yuan would further exacerbate the trade conflict with Washington.

In addition to gold, risk-averse investors often also invest in the Japanese yen, which is considered to be very safe, during turbulent times. The island currency is currently trading at a 52-week high in exchange for the US dollar. But many international investors also see good crisis protection in the Swiss franc. With a rate of 1.03 CHF-USD, the main currency of the Swiss Confederation has also been in a steady upward trend since May 2019.

Oil prices did not move much on Tuesday. Around midday, a barrel (159 litres) of Brent crude cost 58.59 US dollars. That was two cents more than the day before. The price for a barrel of US West Texas Intermediate (WTI) rose by three cents to 54.96 dollars.

BMW: More sales thanks to SUVs

BMW further increased its sales in July, primarily thanks to new SUV models. According to the Munich carmaker, 46 per cent of the cars sold were SUVs. The Munich-based group sold 183,000 BMW and Mini cars worldwide, 1.3 per cent more than in the same month last year. In Germany, sales increased by 26.5 per cent to 28,000 vehicles. In China, BMW sold 15.6 per cent more cars, a total of 54,000 units. In the USA, on the other hand, the number shrank by 1.7 per cent to 26,000 vehicles.

In the second quarter, Sixt, Europe’s largest car rental company, again benefited from the rising demand for rental cars, especially abroad. Group operating sales rose by 14.4 per cent to 734.1 million euros. Especially in the USA, Sixt grew strongly. The pre-tax result – excluding the one-off amount from the sale of the Drive Now investment to BMW in the previous year – fell by 2.8 per cent to 80.4 million Euro between April and the end of June, also due to investments in digital offers and the vehicle fleet.

The food supplier HelloFresh increased its sales by 37 per cent to 436.7 million euros in the second quarter. Adjusted operating earnings (EBITDA) amounted to 18.3 million euros after a minus of 3.9 million euros a year ago. The positive development made the supplier of “cooking boxes” confident that it would reach the upper end of the forecast range in 2019. Currency-adjusted sales are expected to increase by between 28 and 30 per cent, with an underlying EBITDA margin of minus one to plus one per cent.