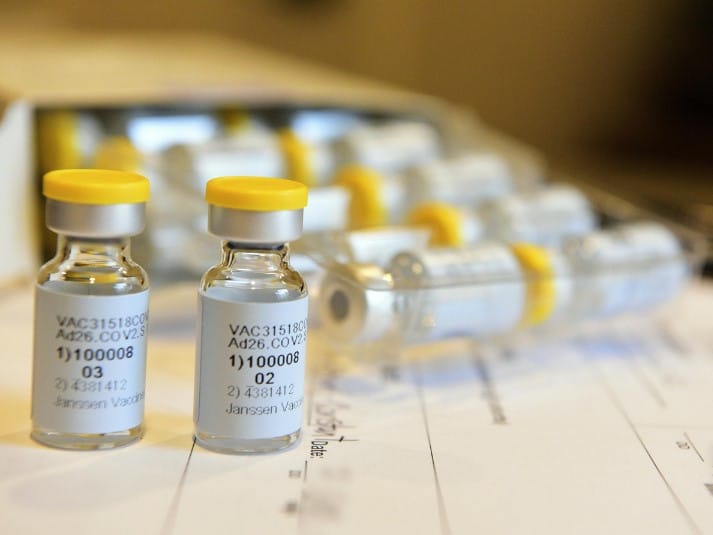 After the partly substantial price rises of the past few days, investors and traders were in a selling mood today. Some negative news spoiled the mood of the investors today, and especially the European stock exchanges suffered significant losses.

For example, the US company Johnson & Johnson had to suspend tests (Level 3) for a corona vaccine because of an unexplained disease in a volunteer. All news surrounding the apparent health crisis continues to weigh on and burden the markets.

The quarterly reporting season in the US is getting more and more into the focus of investors as well. Some of the heavyweight companies have already opened their books, and many more will follow in the coming days.

In the USA, the reporting season picked up speed on Tuesday. The major banks JPMorgan and Citigroup already opened their books before the stock exchange opened. Johnson & Johnson also published the key figures for the past quarter. In the later course of trading, investors’ attention then turned to the tech stock Apple. The iGroup invited investors to a “special event” at which it presented its new iPhone 12 – but investors were not convinced.

The Asian stock markets showed a friendly trend on Tuesday.

Market observers spoke of profit-taking in Shanghai. Meanwhile, Chinese exports rose by 9.9 per cent in September compared with the previous year – and thus also turned out somewhat more robust than expected. Imports were able to surprise even more positively. Nevertheless, share prices were unable to capitalise on the positive data.

Europe’s stock markets came under heavy pressure today due to much negative news. The EuroSTOXX 50 started the day hardly moved and then slid lower, closing 0.57 per cent lighter at 3,279.19 index units.

On Tuesday, economic data moved into the focus of investors: Data on the trade balance from China were assessed very positively by the market. Nevertheless, they were unable to support the markets in Europe. Meanwhile, the German ZEW Index fell more sharply in October than experts had expected: It dropped from 77.4 points in the previous month to 56.1 points while only a decline to 74.0 points was expected.

On the foreign exchange market, the greenback was in high demand today, which affected not only the euro but also other currencies. The euro dropped to 1.1744 US dollars by the end of the stock trading period. In the morning it had still quoted over 1.18 US dollar at times. Also, the high corona infection numbers in the eurozone continue to burden the market and also the euro exchange rate.

On the commodities materials market, the oil price rose again after yesterday’s sell-off. A barrel of Brent North Sea oil rose by 1.7 per cent to 42.41 dollars. WTI light oil also gained ground, increasing by 56 cents to 39.99 dollars. Market experts pointed to the robust economic data from China, where the export economy is developing better than expected.

Gold felt the pull of gravity today, mainly falling victim to a strengthening US dollar. The price per troy ounce dropped from $1,925 to $1,890. At times it even declined towards $1,880.

The US consumer prices increased slightly in September, by 1.4 per cent year-on-year, after having grown by 1.3 per cent in August. Although this means that there is no pressure from the Federal Reserve to act, for example, in the form of rising key interest rates, these data had a negative effect on equities.

According to estimates by the International Monetary Fund (IMF), the global economy should be able to cope with the corona shock somewhat better than initially feared. A new IMF forecast on Tuesday said that economic output is expected to slump by around 4.4 per cent this year. The IMF thus raised its June forecast by 0.8 percentage points. “We expect a somewhat less severe, but still deep recession,” explained IMF Chief Economist Gita Gopinath.

The Hamburg-based biotech and research company EVOTEC is raising fresh money through a capital increase, thus bringing the Abu Dhabi sovereign wealth fund on board as a new major shareholder. In the capital increase without subscription rights, almost 11.48 million shares will be issued, and 250 million euro will be generated in this way, EVOTEC announced in the night of Tuesday.

Within the scope of the private placement, the state fund (Mubadala Investment Company) will invest 200 million euros. This corresponds to a participation of about 5.6 per cent. The rest will be secured by the EVOTEC shareholder Novo Holdings A/S, who will thus continue to hold a share of EVOTEC of about 11.0 per cent. The new shares will be issued at a subscription price of 21.7802 Euro per share, as EVOTEC further announced. The subscription price is thus around 3.4 per cent below the last closing price. EVOTEC intends to use the money to expand its business further.

The US bank JPMorgan & Chase increased its profit in the third quarter compared to the previous year despite the corona crisis. The bank significantly exceeded analysts’ expectations.

JPMorgan achieved a profit of USD 9.4 billion compared to USD 9.1 billion in the same period last year. In the second quarter, it had earned 4.7 billion. At that time, it had made a provision of $10.5 billion for the pandemic. In the third quarter, the provision for loans at risk of default was only $611 million.

Earnings per share reached $2.92. Analysts had expected 2.23 dollars. Revenues fell slightly to 29.9 billion from 30 billion in the same period last year. The JPMorgan share posted a temporary gain on the NYSE pre-market trading day. In official trading, however, it now fell 1.62 perc ent to $100.78.