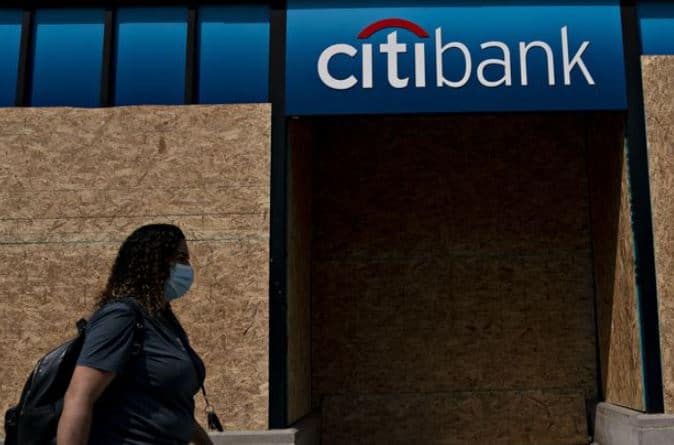 Strong price fluctuations were once again seen on the international stock markets today. Concerns about the continuing health crisis increased again today, while hopes for a vaccine soon and quick recovery of the world economy flattened out.

Many market participants viewed the continuously rising number of cases, especially in the United States, with increasing concern, because it threatens a setback in the recovery of the global economy. This was compounded by ongoing tensions between China and the USA: On the eve of China’s extensive territorial claims in the South China Sea, the US government rejected them and described them as “completely illegal”.

There are also more voices claiming that share prices have recovered far too quickly. Nevertheless, positive surprises in the reporting season can turn the tide at any time, as we have seen time and again recently. The course of the reporting season will undoubtedly determine the direction of the stock market in the coming weeks.

After initial losses, the US stock markets were able to gain ground on Tuesday after all.

The focus was on the quarterly reports of the three major banks JPMorgan, Wells Fargo and Citigroup. The figures were mixed, which made investors nervous. This is because great importance is given to the banks’ business because market participants believe that it reflects the real economy.

The weak US stock markets of the previous day have weighed on the Asian stock markets. After a solid start, the Nasdaq 100 and S&P 500 slid into the red in late trading. The major Asian trading centres followed this movement with their levies. On the other hand, positive news came from the economic front: China’s balance of trade surprised positively.

In Tokyo, the Nikkei fell by 0.87 per cent to 22,587.01 index points. The downward trend was also seen on the Chinese mainland. After the markups of the previous day, sellers dominated and pushed the Shanghai Composite down by 0.83 per cent to 3,414.62 index points. Losses were also reported from Hong Kong, where the Hang Seng index dropped by 1.14 per cent to 25,477.89 points.

Europe’s markets also fell significantly on Tuesday. The EuroSTOXX 50 had already started in red and fell even deeper into the red in the course of trading. Finally, it ended the day with a loss of 1.1 per cent at 3,312 index points.

The friendly Dow put the brakes on the price losses in the Dax 30, with the leading German index closing 0.8 per cent lower at 12,697 index units. At times it had fallen by two per cent. The TecDAX increased its initial loss considerably and ended the day 2.3 per cent weaker at 3,026 points.

Meanwhile, some companies reported surprisingly good quarterly figures. Both Gerresheimer and HelloFresh have delivered positive results with their balance sheets.

In the Forex market, the euro strengthened at a high level in US trading on Tuesday, as well as some commodity-linked currencies such as the Canadian (CAD) and the Australian dollar (AUD). The common currency last cost 1.1398 US dollars, after rising to a daily high of $1.1409 shortly before. The euro is currently at its highest level in just over a month.

Oil prices rose slightly on Tuesday in a volatile trading session. The cost of North Sea Brent in barrels rose by 34 cents, costing 43.06 US dollars. The price for a barrel of the American variety West Texas Intermediate (WTI) increased by 36 cents to $40.46.

Cryptocurrencies remained largely at their previous day’s level today. A Bitcoin thus costs $9,200, Ethereum $239 and XRP stalled at $0.1970. The biggest gainer of the top 10 digital assets by market capitalization was once again ChainLink with a 9.57 per cent gain to $7.91.

Despite the global corona crisis, China‘s foreign trade has recovered surprisingly well. Exports and imports of the largest trading nation were back in the black for the first time in June, as China’s Customs reported in Beijing on Tuesday. Exports, calculated in US dollars, rose by 0.5 per cent compared to the same period last year. Imports grew unexpectedly strongly by 2.7 per cent. Experts had expected a substantial decline in imports as in the previous months.

Industrial production in the eurozone rose in May by 12.4 per cent compared to April. However, the development was below the expectations of analysts, who had anticipated an average increase of 15 per cent. In March and April production had slumped drastically due to the pandemic.

In Germany, the rise in consumer prices accelerated somewhat in June. The annual inflation rate rose to 0.9 per cent, according to the Federal Statistical Office this morning. The Wiesbaden authorities thus confirmed preliminary data. In May, the rate had reached 0.6 per cent, the lowest level in almost four years which is mainly due to a massive drop in energy prices during the health crisis. From May to June, the price level rose by 0.6 per cent overall.

The Russian gas group slipped into the deep red in the first quarter of fiscal 2020/21 due to low oil prices and a weak rouble. Gazprom suffered a net loss of 116 billion rubles (1.43 billion euros). In the same period of the previous year, there had been a net profit of 536 billion rubles. The company attributed the sharp drop in earnings to a 17 per cent drop in gas sales in Europe and China and an average drop in prices of 36 per cent per 1,000 cubic meters. Excluding currency fluctuations, Gazprom would have recorded net income of 288 billion rubles.

The corona pandemic put the US airline Delta Air Lines deep into the red in the second quarter.

The figures showed that the burden of the Covid-19 pandemic was “truly staggering”, said Delta CEO Ed Bastian. There is no reason for optimism either – it will probably take more than two years before a sustainable recovery is achieved. Although the airline had already warned with harsh words of a miserable quarter, the result was even worse than the market expected. The share initially continued to fall into the red before the stock exchange opened.