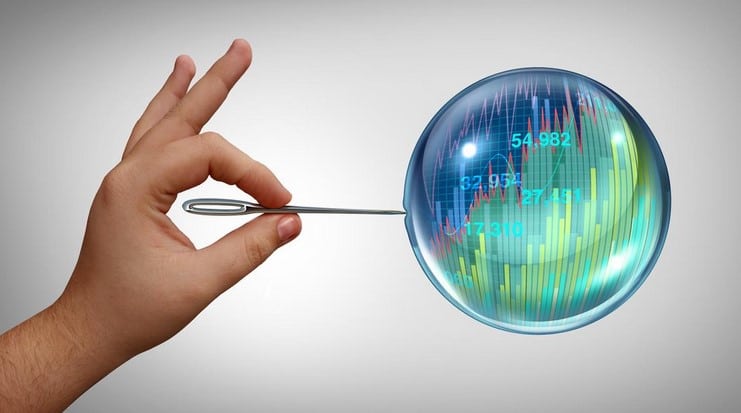 The day’s major topic on the world’s leading stock exchange in New York was the latest US inflation data. Investors initially reacted with relief to the important macro data, which did not pressure the Fed, at least in the short term. However, they did not have any further impact as the day progressed. On the contrary, the market turned increasingly negative, and the major indices all gave back their initial gains.

By the way, a growing number of economists doubt the Fed’s official reading that inflation rates are proving to be only a temporary phenomenon and will recede again next year at the latest. Instead, they fear that the significantly higher inflation rate could become entrenched.

Consumer prices are an important criterion for the US monetary watchdogs, who meet next week. The meeting is considered particularly important because the Fed had recently signalled a curbing of its bond purchases.

The most important US indices turned negative in the day. The Dow Jones opened the trading session slightly firmer and subsequently gained. However, as the day progressed, it fell back into the red and ended the session 0.84 per cent lower at 34,577.57 points. The NASDAQ Composite started the trading day with a more significant gain but ultimately poted losses of 0.45 per cent to 15,037.76 points.

In the USA, the latest inflation data for August was presented in the pre-market. This was weaker than previously expected.

The market said investors were holding back in anticipation of US consumer price data to be released later in the day, which is seen as relevant in light of a possible tightening of US monetary policy ahead. On Wednesday, critical data from China is expected, including industrial production and retail sales.

The markets in Europe trended sideways on Tuesday. The EuroSTOXX 50 showed a slightly negative trend near the zero lines on the second trading day of the week. It ultimately went into the evening 0.05 per cent firmer at 4,191.67 points.

The DAX opened the session marginally lighter and moved sideways for most of the trading session. It managed to make some gains in the afternoon, ultimately ending the session up 0.14 per cent at 15,722.99 points. The TecDAX ended the day up 1.5 per cent at 3,927.25 points.

The focus of investor attention on Tuesday was the US inflation data for August. These are relevant for the further monetary policy of the US Federal Reserve. Inflation remains unchanged at over 5 per cent but has declined somewhat compared to July. The market is not expecting any impact on the Fed’s policy even with this high data. “They keep selling us the fairy tale of ‘only temporarily elevated’ inflation,” Dow Jones quoted a trader as saying.

The all-clear, at least temporarily, in the US interest rate scenario benefited the euro in European trading, which had rallied to $1.1844 at its peak. In US trading, however, the gains crumbled again at a rate of 1.1801 dollars.

Hurricane “Nicholas”, which reached the US state of Texas during the night, caused a stir on the oil market. However, it subsequently weakened to a tropical storm with wind speeds of up to 110 kilometres per hour. Brent oil costs 73.72 US dollars per barrel in the afternoon, 21 cents more than the previous day. The barrel price for American West Texas Intermediate rose by 22 cents to 70.66 dollars. Oil prices are thus at their highest level since the beginning of August.

The gold price reacted positively to the recent US inflation data and shot up more than $30 to $1,805 per troy ounce.

The cryptocurrency asset class saw bullish momentum emerging today. Bitcoin rose 4.4 per cent to $47,300, while Ether increased by 3 per cent to $3,430 per coin. Cardano continued to sit still at around $2.40, while other major altcoins like XRP, Binance Coin and Stellar posted gains of approximately 3 per cent. DeFi projects Polkadot, ChainLink, and Uniswap saw the biggest gains, moving up by over 7 per cent to $37.50, $30.50 and $25.50, respectively. The third-generation project Hedera Hasgraph, which is ultimately not based on blockchain technology but next-generation hashgraph tech, jumped 18.3 per cent to $0.4950.

The Leibniz Institute for Economic Research Halle (IWH) has significantly lowered its forecasts for German economic development. In its new forecast, the institute predicts that gross domestic product (GDP) will increase by 2.2 per cent this year and by 3.6 per cent in 2022. In June, economists had still expected GDP to grow by 3.9 per cent this year and 4.0 per cent next year. For 2023, they predicted a GDP increase of 2.2 per cent in their new forecast.

Real income in the USA rose by 0.3 per cent in August compared to last month. As the US Department of Labour stated, a decline of 0.1 per cent was recorded in July. According to the agency’s data, the average weekly income in August was 390.58 US dollars, seasonally and inflation-adjusted, after 389.48 dollars in the previous month.

Price inflation in the USA eased somewhat in August. The annual inflation rate declined only slightly to 5.3 (July: 5.4) per cent, as reported by the US Department of Labour. Economists had expected a stable rate of 5.4 per cent. Compared to the previous month, consumer prices rose by 0.3 (0.5) per cent. In the core rate, which excludes the particularly volatile prices for energy and food, prices rose 0.1 per cent from the previous month. Economists had expected a rate of 0.3 per cent. Annual inflation was 4.0 (previous month: 4.3) per cent versus 4.2 per cent expected.