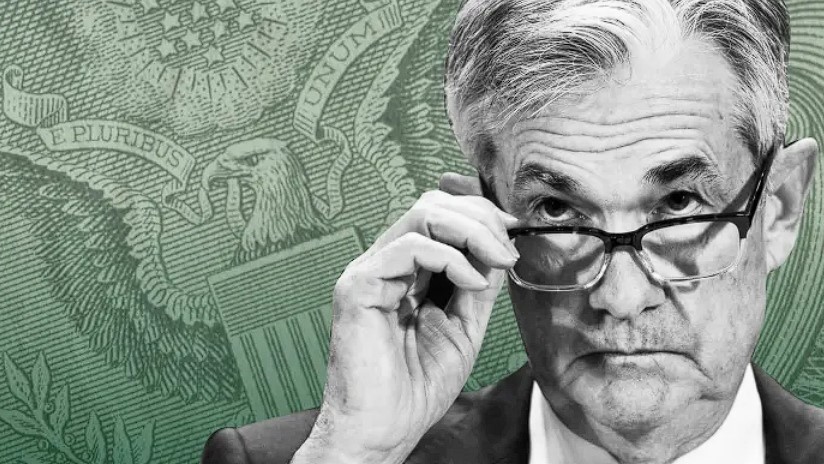 The main topic on the market remains the Fed’s future interest rate policy. Although experts do not expect a change in interest rates, they are eagerly awaiting statements from the monetary watchdogs on inflation. Before that, investors apparently do not want to reposition themselves, but the indices remain at a high level. The two-day meeting starts today, and the results will be announced on Wednesday at 20:00 Central European Time.

Among the individual stocks, there was a tailwind for the aviation sector today. In the long-running dispute between the USA and the EU over state subsidies for the aircraft manufacturers Airbus and Boeing, both sides agreed on a five-year agreement to suspend the multi-billion-dollar punitive tariffs.

This would open a new chapter in relations – with cooperation instead of legal disputes, said EU Commission President Ursula von der Leyern at the EU-US summit in Brussels. Tariffs could be reimposed if US companies cannot compete fairly with those in Europe, added US Trade Representative Katherine Tai. In the DAX, behind Siemens, the shares of engine manufacturer MTU were among the biggest winners.

US markets on Wall Street fell slightly today. The Dow Jones opened little changed and then fell into the red. It ultimately ended the trading session with a minus of 0.27 per cent to 34,299.73 points. The NASDAQ Composite also lost 0.71 per cent to 14,072.86 points.

Investors eagerly awaited the Federal Reserve’s interest rate decision and did not want to reposition themselves much in advance. While an interest rate move is not expected after Wednesday’s two-day meeting, statements from monetary watchdogs regarding the inflation issue are being eyed. “The most exciting question is whether the Fed is already thinking about scaling back its multi-billion securities purchases,” said an expert.

On the markets in Asia, the indices did not find a common direction on Tuesday. In Tokyo, the Japanese benchmark index Nikkei gained 0.96 per cent to 29,441.30 points. On the other hand, the Chinese markets were significantly weaker after the long weekend: while the Shanghai Composite on the Chinese mainland ultimately lost 0.92 per cent to 3,556.56 points, the Hang Seng index in Hong Kong fell by 0.71 per cent to 28,638.53 units.

In Tokyo, the stock market followed the positive lead of Wall Street, while the Chinese indices fell after the long weekend. There, the significantly declining copper price was named as a burdening factor.

The focus remains on the two-day meeting of the US Federal Reserve, which will present its results on Wednesday evening (CEST). Most recently, the Fed had repeatedly emphasised that it would look past the current high inflation rates and not plan to tighten its monetary policy for the time being. As a result, market interest rates in the USA declined noticeably, although there has been a slight countermovement upwards in the past two days.

European markets were able to make gains in Tuesday’s trading. The EuroSTOXX 50 had already started on a friendly note and closed with an increase of 0.26 per cent at 4,143.52 points.

The key event this week remains the Fed’s interest rate decision on Wednesday. Before that, investors remained relatively cautious.

On the otherwise rather volatile foreign exchange market, it was also a case of waiting for the Fed today, and movements were relatively moderate. The euro traded at 1.2127 US dollars in US trading, slightly higher than during the European session.

Oil prices continued to rise and once again reached multi-year highs. In the evening, a barrel of Brent crude cost 83 cents more than the previous day at 73.69 US dollars. At 73.90 dollars, the price of Brent rose at times to its highest level in about two years. US WTI light oil rose 93 cents to 71.81 dollars. At 72.03 dollars, it had previously climbed to its highest level since October 2018. Prices are being supported mainly by the prospect of an economic improvement and an accompanying increase in demand for oil and oil products such as petrol. The crude oil cartel Opec expects a strong surge in demand in the second half of the year.

In this environment, despite simmering inflation concerns, gold, considered a safe haven, failed to score and lost about half a per cent to $1,857 per troy ounce.

The cryptocurrency market consolidated somewhat today, but the bullish sentiment remains. Bitcoin gave up 1.2 per cent to $39,800, while the second most popular digital asset Ethereum lost 3.1 per cent to $2,515. Similarly, Binance Coin, Cardano, XRP and Dogecoin all dropped approximately 3 per cent.

As measured by the Harmonised Index of Consumer Prices (HICP), inflationary pressures in Germany increased significantly in May. As the Federal Statistical Office announced, the HICP rose at an annual rate of 2.4 (previous month: 2.1) per cent. The statisticians thus confirmed – as expected by economists – their preliminary estimate of 31 May. Compared to the last month, the HICP rose by 0.3 per cent, which also confirmed the initial data.

Higher energy prices continue to drive inflation in France. In May, consumer prices (HICP) calculated according to the European method rose by 1.8 per cent compared to May 2020, as the statistics office Insee announced in Paris on Tuesday. This is the highest inflation rate since the end of 2018.

Contrary to initial figures, inflation in Italy has not accelerated. According to the European method, the consumer prices (HICP) rose in May by 1.2 per cent on an annual basis, the statistics office Istat announced in Rome on Tuesday after a second estimate. In a monthly comparison, consumer prices fell slightly by 0.1 per cent.

Foreign trade in the eurozone developed weakly in April. While seasonally adjusted exports declined significantly, imports increased. Exports fell by 2.3 per cent compared to March, as the Eurostat statistics office reported in Luxembourg on Tuesday. Imports, on the other hand, increased by 2.4 per cent. As a result of the diverging development, the trade surplus of the 19 euro countries fell significantly. It fell from 18.3 billion euros in March to 9.4 billion euros. The trade surplus of the 27 EU states also declined, but much more moderately.

The US industry expanded its production in May. It increased by 0.8 per cent compared to the previous month, according to the Federal Reserve. Economists had predicted a rise of 0.6 per cent.

US retailers suffered a more significant than expected drop in sales in May. Supply chain disruptions and shop reopenings led to a shift in consumer spending from goods to services. As a result, total industry sales fell 1.3 per cent from the previous month. Economists surveyed by Dow Jones Newswires had forecast a consensus decline of only 0.6 per cent.