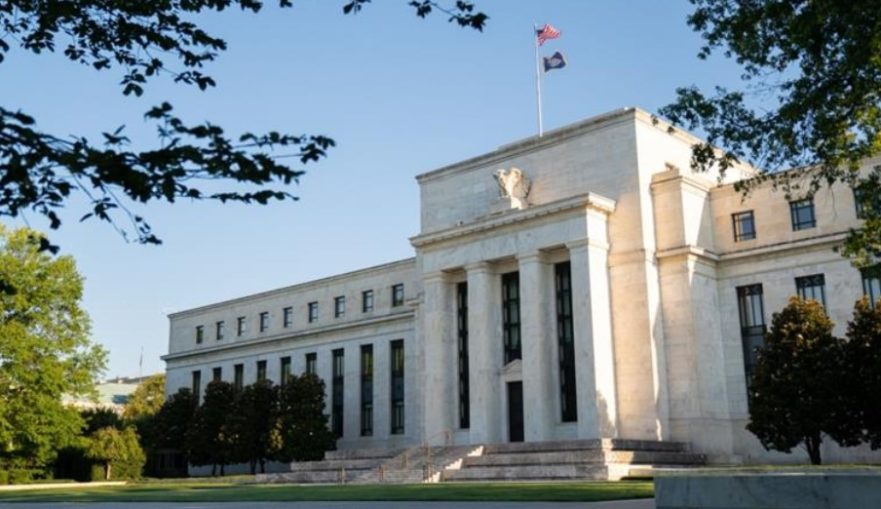 The economy is apparently on the verge of a strong recovery in the current third quarter. However, this did not inspire investors much today. Instead, they continue to look at the US Federal Reserve and its interest rate meeting.

How things will continue on the stock markets, therefore, depends crucially on the Fed’s interest rate meeting, which will last until tomorrow evening. Investors are looking in particular at the Federal Reserve’s recent realignment in the fight against inflation and unemployment, as no one yet knows what this means in concrete terms for monetary policy.

Meanwhile, encouraging economic data is coming from Germany and China. They indicate that the world’s fourth and second-largest economies are also continuing to recover from the Corona crisis – despite the tensions with the USA.

Neither the Brexit worries nor the increased number of new corona infections has burdened the markets today.

The US stock markets were friendly for most of the time, but the mood changed in late trading. The Dow Jones leading index gave up its gains and ended at 27,995.60 points, the same level as the day before. Meanwhile, the NASDAQ Composite was able to defend its gains and closed 1.21 per cent higher at 11,190.32 points.

Better than expected Chinese, European and US economic data provided positive signals to the markets. However, investors are eagerly awaiting the Fed meeting on Wednesday. After the central bank recently made some adjustments to its monetary policy, this would be a first opportunity to apply this changed framework.

On the corporate side, the Apple keynote was highly anticipated, which investors hoped would introduce new products from the “i-company”. However, the product presentation somewhat disappointed and did not provide a significant boost.

After a positive start to the week, stock markets in the Far East showed a mixed trend. On the stock exchange in Japan, investors were less confident on the second trading day of the week, with the Nikkei 225 index losing 0.44 per cent to 23,454.89 index points.

Meanwhile, the upward trend on the Chinese mainland exchanges continued on Tuesday. The Shanghai Composite rose 0.51 per cent to 3,295.68 index points after positive indications from Wall Street and robust economic data. Hong Kong also saw an upward trend on Tuesday with the Hang Seng gaining 0.38 per cent to 24,732.76 points.

The Chinese stock markets benefited on Tuesday in particular, from positive economic data. In China, current economic data point to further recovery of the economy from the corona shock at the beginning of the year. In August, both industrial production and retail sales as well as investments in fixed assets developed better than recently and than expected. Economic activity is the strongest possible signal that the Chinese economy is steadily recovering, some market analysts remarked on the industrial production data. Provided that COVID-19 remains under control, one can assume that the economy will continue to recover, especially since the politicians are creating the conditions for this with supporting measures.

In Japan, meanwhile, it was the strong yen that put pressure on prices. A strong yen is negative for export-oriented Japanese companies. Besides, investors in Japan have their eyes on the election of Yoshihide Suga as the new chairman of the ruling Liberal Democratic Party of Japan (LDP). Suga is expected to become the new prime minister on Wednesday after the former head of government Shinzo Abe announced his resignation for health reasons.

The European stock markets were quite friendly, and the EuroSTOXX 50 rose 0.47 per cent to 3,332 points.

Only the publication of the ZEW-Index brought some movement into the market: The ZEW Indicator of Economic Sentiment for the eurozone was 73.9 points in September, with only 63.0 points expected after 64.0 points in the previous month. Accordingly, investors in Europe reacted positively. In the end, the European stock market barometer closed 0.47 per cent stronger at 3,332.26 units.

On the Forex market, the euro came under noticeable pressure on Tuesday after initial gains. Last time the common currency cost 1.1850 US dollars while in European business it had risen to around 1.19 dollars.

Oil prices increased slightly today. North Sea Brent rose 58 cents to 40.19 US dollars while a barrel of US WTI rose 64 cents to 37.90 dollars.

The gold price hardly changed but fell marginally to $1,954 a troy ounce.

Manufacturing activity in the New York metropolitan area grew more strongly than expected in September. The Federal Reserve Bank of New York’s index of general manufacturing activity in the district rose to plus 17.0. At the same time, economists surveyed by Dow Jones Newswires had only predicted an increase to plus 7.0. In the previous month, the index had been at plus 3.7.

US industry continued its recovery from the corona crisis in August, albeit at a slower pace. Total production increased by 0.4 per cent compared with the previous month, as the US Federal Reserve announced in Washington on Tuesday. Although this is the fourth consecutive increase, it was significantly lower than in the months before. Analysts’ expectations, which were up 1.0 per cent, were also missed.

Nikola: All just a scam?

The US Securities and Exchange Commission (SEC) is allegedly taking a close look at hybrid truck developer Nikola. After the short-attack by Hindenburg Research, this increases the downward pressure on the share.

The authority wants to examine the accusations of the short-seller Hindenburg Research, writes the news agency Bloomberg regarding persons familiar with the matter. Hindenburg Research claims in an analysis last Thursday that CEO Trevor Milton had lied for years about the development status of the e-truck and e-car manufacturer, thus securing the financing of the group and inflating the value.

Nikola replied that the short-sellers were citing false facts with the intention of manipulating the market. However, this answer was considered by investors as not detailed enough.

Last Tuesday, the news of GM’s two billion dollar stake in Nikola caused the share price to jump 40 per cent. However, the report by Hindenburg Research and the short answer had caused the Nikola share to plummet massively. In just three trading days, the stock lost around 50 per cent.