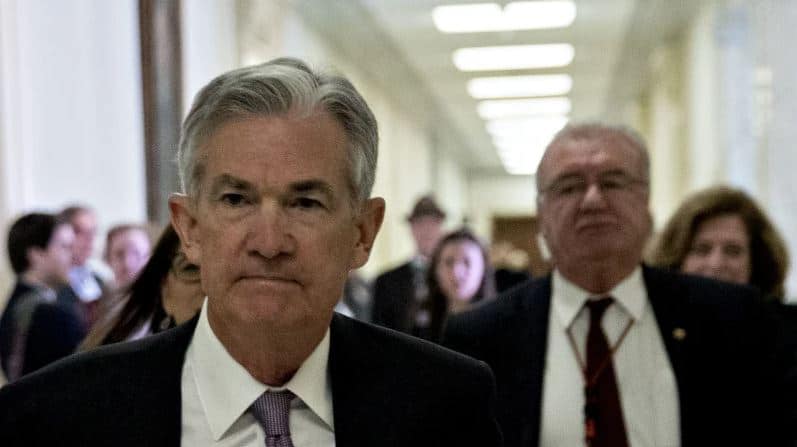 Last week, the Fed’s gloomy economic outlook had accelerated the stock market slide. Now it is the central bank, of all people, that is stopping the series of losses on the stock markets by announcing new injections of liquidity.

As already reported in yesterday’s Markets Update, the Fed is expanding its bond purchases, and the Trump government is allegedly planning an infrastructure program worth billions. These hopes for further monetary aid are reviving the recently flagging stock markets.

In addition to hopes for an extensive infrastructure program by the US government, surprisingly strong retail data supported Wall Street and other global stock market barometers. US retailers took in 17.7 per cent more in May than in the previous month. The automotive industry, in particular, was pleased with a 44.1 per cent increase in sales of cars and vehicle parts. In April, US retailers suffered a sharp drop of 14.7 per cent.

Only news from China slowed down the robust recovery on the stock markets somewhat. After the renewed outbreak of the coronavirus over the weekend, kindergartens and schools in Beijing are to be closed from tomorrow, Wednesday.

New tensions between North and South Korea, however, left investors mostly cold. According to South Korea, North Korea blew up the inner-Korean liaison office in the border town of Kaesong. With this drastic measure on its soil, the internationally isolated leadership in Pyongyang continued to vent its displeasure about a new propaganda leaflet campaign by South Korean activists. In a reaction, China spoke out in favour of “peace and stability” on the Korean peninsula.

And European markets also showed significant gains on Tuesday. The EuroSTOXX 50 rose by 0.63 per cent to 3,156.03 points at the start of trading and was subsequently able to move further into the profit zone. It ended trading at 3,242.65 index units, 3.39 per cent above its previous day’s close.

After six days of losses, the Dax 30 started to rise again on Tuesday. It shot up by 3.4 per cent to over 12,300 points. At times the leading German index had climbed to 12,434 points. The TecDAX also went into trading firmer and posted further gains by the evening. In the end, the index increased by 2.58 per cent to 3,159.59 points. The volatility index VStoxx, which measures the nervousness of investors, fell by up to 11.6 per cent.

The euro exchange rate fell noticeably on Tuesday. Traders cited the stronger US dollar across the board as the main reason. In New York trading, the common currency last traded at $1.1265, down nearly a cent from its early daily high. More friendly tones in the Brexit talks supported the British pound. The British currency recovered from its two-week low and appreciated by 0.7 per cent to $1.2687 at its peak. On Monday, the UK and the EU agreed to intensify talks on future relations in July. The negotiations have been stuck for a long time.

Although oil prices rose on Tuesday, they were not quite able to maintain their profits. The North Sea Brent crude cost $40.27 a barrel at last count. That was 55 cents more than on Monday. The price of a barrel of US West Texas Intermediate (WTI) rose by 34 cents to $37.46.

The digital asset space for once saw no major price movements. The most popular cryptocurrency Bitcoin held steady at around $9,500 while Ethereum and XRP moved up a little higher to $234 and $0.1940 respectively.

The Japanese central bank (BoJ) is providing the domestic economy with firm support. The volume of the corona package put together to support companies now amounts to around 110 trillion yen (902.5 billion euros), according to documents published this morning. Previously, the BoJ had estimated the size of the program at approximately 75 trillion yen. The central bank also confirmed on Tuesday its course of keeping the money-locks wide open.

Softbank to sell off T-Mobile shares

Softbank, the co-shareholder of the Telekom subsidiary T-Mobile US, possibly wants to part with shares in the joint venture. Softbank is considering public or private placements of T-Mobile shares and is in talks with Telekom for this purpose, the Japanese technology group said. The topic has been discussed in the media for some time. Softbank most recently held around 25 per cent of the shares. As a result, the number of Softbank representatives on the board of T-Mobile US could be reduced.

The International Monetary Fund fears an even sharper slump in the global economy due to the Corona crisis than previously assumed.

The recession forecast for this year will probably be even more severe, IMF chief economist Gita Gopinath announced on Tuesday. There was a “profound uncertainty” about the path of recovery, she said. This economic crisis is more global and also different from previous crises, as the service sector in both industrialised and emerging countries has been hit harder than the industry. Pent-up consumer demand could indeed lead to a faster recovery than after previous crises. But that is not certain. In April, the IMF had predicted a minus of three per cent in 2020 for the global economy. It was more optimistic than the World Bank, for example, which is assuming a minus of 5.2 per cent. The IMF will present the new forecast on 24 June.

Because of the loosening of restrictions, there are signs of an imminent recovery in many countries, said Gopinath. But new waves of infection and re-imposed restrictions still pose risks. Above all, the longer-term effects on countries dependent on tourism were a cause for concern. The IMF chief economist also expects low inflation on a broad front as a result of the crisis. At the same time, she warned that the reaction of the financial markets was strikingly different from the response of the real economy. This could point to greater fluctuations and sharp corrections on the stock markets.